A Brief Note on Environmental Toxicology 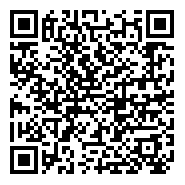 At any moment in their life cycle, species can be exposed to a range of harmful materials, and some are more vulnerable than others. The toxicity of an organism changes based on its location in the food chain. The trophic cascade and bio magnification of certain toxicants may occur when an animal stores toxicants in fatty tissue. Water and carbon dioxide are discharged into the atmosphere as a result of biodegradation. In areas where environmental contaminants are present, this mechanism is frequently restricted.

Pollution, insecticides, herbicides, and fertilizers, as well as a variety of other chemical and biological agents, can affect a species and its community by reducing diversity and abundance. Modifications to the production and stability of an ecosystem are influenced by population dynamics.

Experts have warned that "long-established established barriers in the application of the simple conceptual model that is the basis of current aquatic toxicity testing protocols" could lead to an impending "remote past" in environmental toxicology, despite legislation passed in the 1970s and 1980s aimed at reducing the harmful effects of endotoxins on all species.

Toxins are unavoidable in the environment. They're a lot of the meals we consume, the water we drink, the air we breathe, and a lot of common home items. Because they are generally undetectable, the majority of them goes unnoticed and is completely harmless. Exposure is kept to a minimum. However, as a result of a growing industry, the fossil fuel economy, and chemical-intensive crop cultivation, the size and complexity of human exposure to external toxins has changed rapidly, resulting in a variety of health issues ranging from moderate skin irritation to lethal sickness.

To address the harm that toxicants pose to public health is not as simple as removing unnecessary toxic materials. Many of the things and activities that pollute the air are unavoidable in modern life, and efforts to minimize their use are impeded by a lack of knowledge of their effects, as well as tremendous economic pressures.

Despite these obstacles, the need to reduce human exposure to toxins grows as scientists and health professionals obtain a greater understanding of the risks. According to the Global Alliance on Health and Pollution, toxic pollutants are considered to be responsible for 15% of all premature deaths worldwide. Public health professionals, including those with advanced degrees from programs, are at the forefront of efforts to reduce the number of illnesses and deaths caused by environmental toxins by providing vital research and services, guiding public policy, and advocating for the most vulnerable populations.