A Brief Note on Toxicogenomics 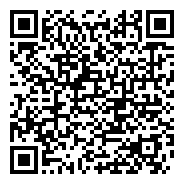 Toxicogenomics is a branch of pharmacology focused on the collection, analysis, and preservation of statistics on gene and protein activity inside a specific cell or tissue of an organism in response to harmful chemicals. Toxicogenomics is a topic of cell genetics that combines toxicity with genomics or other high-throughput molecular profiling techniques including transcriptomics, proteomics, and metabolomics. Toxicogenomics strives to find molecular expression patterns (i.e., molecular biomarkers) that can be used to predict toxicity or genetic predisposition to it, as well as to unravel the molecular pathways that have transpired in the manifestation of toxicity.

Toxicogenomics is a method of study that measures the activity of a toxin or chemical compound on organic tissue based on a description of its known side effects on mitochondrial DNA. Once practical, the technology might be used for toxicology and toxin determination, similar as far as how DNA testing is used for human identification.

Toxicogenomics could also be used as a preventative technique to forecast the harmful "side" effects, or toxic consequences, of pharmacological medications on vulnerable people. This includes analyzing individual genetic variation utilizing genomic approaches such as gene expression level profiling and single-nucleotide polymorphism analysis. These studies are then related to adverse toxicological effects in clinical trials, widening the scope of suitable diagnostic markers (measurable indicators) for these negative repercussions.

Then that would theoretically be able to use such processes to test a given hospital's exposure to these negative impacts before offering a therapy using such methods. Patients who showed signs of an adverse reaction were shifted to a different drug. While this approach will still be theoretical, it has a lot of potentials. Popular drugs such as Vioxx and fen-phen were pulled from the market due to toxic symptoms seen by a minority of patients, resulting in billions of dollars in losses for the organizations involved and the loss of a beneficial drug for others who were not at risk. These medications may be restored to the market with very little risk if an accurate test employing toxicogenomic approaches could be developed that successfully identified the person who is vulnerable to these side effects.

It would provide the triple benefit of allowing previously banned pharmaceuticals to be used clinically again, preventing life-threatening side effects, and restoring the majority of the market share lost by all these drugs to the firm that developed them. Toxicogenomics is the study of genetic variants that may play a role in drug responses that aren't good. Toxicogenomic research usually focuses on the impact of genetic diversity on drug pharmacokinetic and pharmacodynamic profiles, but it can also be used to look into individual differences in susceptibility to drug dependency and addiction. The study of the effects of genetic variation on drug disposition, including absorption, distribution, metabolism, and secretion, is the sub-discipline of toxicogenomics most forensic toxicologists are most concerned with. Individual differences in reactivity too many major drugs of abuse are reported to be caused by sequence variation within the genes encoding for a variety of proteins involved in drug disposal. This chapter discusses polymorphisms in genes responsible for transport proteins and metabolic enzymes.

Toxicogenomics is a field that depends heavily on data and statistics. The creation and application of bioinformatics tools and databases is a key part of toxicogenomics research in order to facilitate the analysis, mining, visualization, and sharing of the huge number of biological data obtained in this field. As researchers strive to generate complete descriptions of how components of biological systems work together and across organisms to respond to specific stresses, drugs, or toxicants, this rapidly growing research area will have a major impact on many other scientific and medical disciplines, including systems biology.