A Note on Impact of Smoking on Lungs Diseases 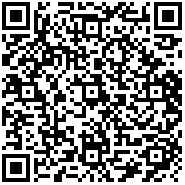 Cigarette smoking harms nearly every organ of the body, causes many diseases, and reduces smokers' overall health. Quitting smoking reduces your risk of smoking-related diseases and can extend your life.

• Use of illegal drugs

• Use of alcoholic beverages

Smoking can damage your airways and the small air sacs (alveoli) in your lungs, causing lung disease. COPD, which includes emphysema and chronic bronchitis, is one of the lung diseases caused by smoking. The majority of lung cancer cases are caused by cigarette smoking. If you have asthma, tobacco smoke can cause an attack or aggravate an existing one. Smokers are 12 to 13 times more likely than non-smokers to die from COPD.

Smoking and other health risks

Tobacco use harms nearly every organ of the body and has a negative impact on a person's overall health. Smoking can make it more difficult for a woman to conceive. It can also have an impact on her baby's health both before and after birth. Tobacco use raises the chances of:

• Stillbirth (death of the baby before birth)

• Birth weight is too light

Smoking increases your chances of developing cataracts (clouding of the eye's lens, which makes it difficult to see). It is also capable of causing age-related macular degeneration (AMD). AMD is caused by damage to a small area near the centre of the retina, which is the part of the eye required for central vision. Tobacco use is a cause of type 2 diabetes mellitus and can make it difficult to control. Active smokers have a 30–40% higher risk of developing diabetes than non-smokers. Smoking has a wide range of negative effects on the body, including inflammation and lowered immune function. Rheumatoid arthritis is caused by smoking.