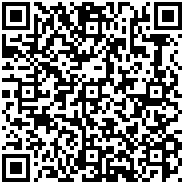 Polycystic ovary syndrome (PCOS) is a set of symptoms caused due to elevated levels of androgens (male hormones) in women. PCOS symptoms and signs include irregular or no menstrual periods, heavy bleeding in periods, unwanted hair on face and body, pimples on face, pelvic pain, difficulty in getting pregnancy and skin rashes include patches, roughness, colour change etc. Polycystic ovary syndrome mainly caused by the hormonal imbalance in women. PCOS causes unwanted changes in your body look. If it isn't treated, it leads to serious health problems, such as diabetes, weight gain and heart disease. The common symptom of PCOS is it causes to grow many tiny cysts on women ovaries. This is the reason it is called polycystic ovary syndrome. The cysts are not harmful but lead to hormone imbalances. We can cure this due to early diagnosis and treatment and can assist to control the symptoms and can prevent long-term health problems and modifications in the body look. PCOS is can be caused due to combination of genetic and environmental factors on the body.

Menstrual disorders-PCOS produces oligomenorrhea or amenorrhea, but there are other types of menstrual disorders may also occur. The exact reason and cause of PCOS is unknown and doctors say that genetics and hormonal imbalances play a role in causing PCOS. Mostly it will develop in the women if their mother or any blood relations also have the condition [1-15]. Sometimes Overproduction of hormone androgen also causes PCOS. Women’s bodies also produce androgen even though it is a male sex hormone. Women who are affected with PCOS can produce androgen in higher-than-normal level. This will affect the development and productions of eggs during ovulation period. Usage of more insulin (a hormone that helps convert sugars and starches into energy) may increase the androgen levels. There is no cure for PCOS as one of the best treatments is a healthy lifestyle. A healthy diet which contains low in refined carbohydrates is important for to avoid such risks and also can help to regulate blood sugar levels [15-21]. As everyone knows exercise can also help the body to stay healthy and keep away from weight gain. Losing weight is challenging for women with PCOS, but trying to do so will help the body to reduce the androgen levels, and some women will begin to ovulate naturally. With early detection and diagnosis, healthy lifestyle and with PCOS treatment women can get relief or cure from this condition and they can overcome health problems that caused by the PCOS.

Major societies like IVF-World Wide mainly focused on doctors, embryologists, nurses and social workers. IVF-Worldwide.com has been constructed with a vision to provide its members with the ability to locate IVF units anywhere in the world and it helps to communicate directly with the unit. PCOS Awareness Association creates awareness in society through activities relating to the prevention and treatment of PCOS through awareness programs on women health issues [21-29]. The Lebanese Society of Obstetrics & Gynecology is providing information to women about their health care system for creating awareness for their good healthy life style.

Open Access literature plays a key role in proving the information and current researches across the globe. Reproductive System & Sexual Disorders: Current Research is an open access Journal which provides all the recent advancements and techniques in the treatment in sex hormonal changes and its consequences such as Sexually Transmitted Disease, Reproductive Behavior, Unisexual Reproduction and also provides knowledge on Fallopian Tube, Sex Hormones, Sexual Disorders and may other related topics [30-36]. Journal of Steroids & Hormonal Science is an international peer-reviewed scholarly journal, which published the papers across the world on Steroid Hormone Metabolism as a Special edition in its Volume 4 Issue S12 [36-45].style.

Journal of Women's Health Care is an international open access Journal which publishes articles related to women’s health issues. Recently it has published an article entitled “Comparison of Clinical and Biochemical Parameters in Adolescent Girls with Polycystic Ovary Syndrome in Different Clinical Settings” which discussed about the parameters in in Adolescent Girls with PCOS [45-48]. There are many open access Journals publishing articles related to women’s health care system to create awareness for their healthy life style [48-51]. Topic of Insulin Resistance in Women with Polycystic Ovary Syndrome article was published in Journal of Steroids & Hormonal Science. The above mentioned Open access journals on reproductive systems and genital disorders are the peer-reviewed journals that maintain the quality and standard of the journal content, reviewer’s agreement and with the help of respective reputed Editor’s acceptance in order to publish an quality article in the respective Journal which helps to create awareness and provides knowledge on the current research on the topic. These journals ensure the barrier-free distribution of its content through online open access [51-65].

New Hope for Women With Pcos

PCOS affects an estimated one in 10 women of their reproductive age in the United States. It can be treated with early detection and by maintaining healthy life style as this cause mostly due to food habits and also other factors include environmental and genetics [65-71]. PCOS was first discovered in 1935 and doctors have diagnosed and the symptoms of this syndrome are associated with it like unwanted hair on face, weight gain, irregular and heavy periods, acne etc., later that could be changed as the researchers begin to understand possible genetic factors also causes to PCOS [71-78]. Topics of Polycystic Ovarian Syndrome, Prevention and Management of PCOS, Ovarian Cyst and also other related topics were discussed in 2nd World Congress on Polycystic Ovarian Syndrome.

Doctors stated that pituitary gland was involved with PCOS previously but they did not see a normal relationship until new study stated that the pituitary gland was not thought to be the driver of PCOS [78-81], but it acts as a passenger in the syndrome. In Polycystic Ovarian Syndrome Conference Richard L Stouffer presented a keynote on chronic hyper androgenemia and western-style diet in adolescent female monkeys: A model for onset of PCOS in young women [81-91]. This abstract describes clinical symptoms of PCOS and western style diet. There are many related conferences are discussing on PCOS and many authors are presenting keynotes on the topic on current research advancements on PCOS treatment [93]. Janelle Luk has presented a keynote on In vitro maturation (IVM) for patients with polycystic ovary syndrome (PCOS): A retrospective case series in the United States in Polycystic Ovarian Syndrome Conference.

There are a few medicines effectively available for women with PCOS, however some work just for 50-60% of patients. There are no FDA-approved drugs for PCOS [94,95]. Another review demonstrates that rosiglitazone, an insulin sensitizer that is utilized to treat diabetics, builds ovulation and declines insulin resistance in women with PCOS. In the meantime, the medication did not bring on any liver issues in the women examined [96].

Dr. Aleksandr M Fuks has authored numerous publications on Obstetrics & Gynaecology and has been named as the named among America’s Top Obstetricians & Gynaecologists in 2010 [97]. Dr. Lawrence S. Amesse, MD an obstetrician-gynaecologist in Dayton, Ohio mainly focuses on hormonal replacement therapy, infertility, Adolescent & paediatric gynaecology etc [98]. Dr. Doris J. Baker has worked on infertility and is credited with the first birth by in vitro fertilization in Oklahoma [99]. She is certified as a high complexity laboratory director by the American Board of Bio analysts and is licensed as a medical laboratory director by the state of Nevada.

There are various open access peer reviewed journals that focuses mainly on the women’s health issues i.e. the reproductive system of women. Journal of Genital system and Disorders, Reproductive System & Sexual Disorders: Current Research are such journals. Andrology & Gynecology: Current Research is a journal which focuses on reproductive oncology, family planning, embryologists, women health, prostrate cancer etc. with an aim to motivate the masses about the facts [100-103].

PCOS happens all the more much of the time in women who take valproate to treat the psychiatric ailment of bipolar issue contrasted and other treatment alternatives. The new research, which was directed by Dr. Hadine Joffe and scientists at Massachusetts General Hospital in Boston, ought to guide treatment and assessment of conceptive age women when they are taking valproate. Bipolar disorder happens in one to two percent of the populace and valproate is utilized broadly to settle this issue. Sadly, we have found that reproductive aged women who are going out on a limb valproate might be at hazard for creating PCOS when taking this medication. Ladies with PCOS who experience the ill effects of rest apnea, a condition described by times of stopped breathing amid rest, might be at more serious hazard for creating diabetes, as indicated by new research. The new discoveries give specialists another approach to distinguish ladies who are at hazard for creating diabetes as a consequence of PCOS. Specialists definitely realize that women with PCOS are at a higher hazard for creating rest apnea and that rest apnea is connected to insulin resistance. Be that as it may, scientists tried to decide the relationship between hyperinsulinemia, a pre-diabetes condition when the glucose control system does not work appropriately body mass list (BMI) and hazard for rest apnea in women with PCOS. There are no FDA approved drugs for PCOS. PCOS affects an estimated one in 10 women of their reproductive age in the United States. There is no cure for this syndrome. Early diagnosis can be used to treat this. Health life style used for the prevention.