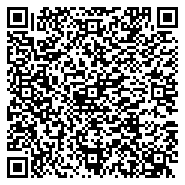 The United States healthcare system continues to use outdated methods of imaging transfer from one hospital to another, such as compact disks. When patients are transferred from outside hospitals, the receiving clinicians often lose imaging, are unable to upload imaging, or receive imaging incompatible with different computer systems. This results in significant transfer delays, missing diagnostic information, loss of imaging, unnecessary irradiation to patients, and increased cost to the healthcare system affecting millions of children, adults, and elderly in the United States receiving healthcare.
Such issues are prevalent in the hospitals of the United States and pose a host of safety, medico-legal, security, and financial concerns related to quality control and resource utilization. Cloud-based radiology is widely available. Utilization of a nationalized cloud-based radiology system will result in tremendous health care cost savings, improvement in patient safety, and increase efficiency in the healthcare delivery. However, more research needs to be performed by Agency for Healthcare and Research Quality (AHQR) on the efficiency of the current method of medical radiologic image handling across the United to strengthen the argument for a centralized cloud-based radiology system.

A 2012 survey of 701 members of the American Society of Emergency Radiology found that the majority of emergency departments still rely on compact disks for conveyance of outside images, supporting the evidence that most hospitals in the United States utilize an archaic form of image transfers via compact disks invented in 1984 [1].

Several single institution retrospective studies have been performed examining this issue in detail. According to Moore et al. more than one third of duplicated scans performed on transferred trauma patients were potentially avoidable, primarily owing to inadequate transfer of data from the outside hospital [2]. The loss of imaging can range from physically losing the compact disk en route to the accepting facility or being unable to upload outside imaging to the electronic medical records system due to different computer processors. This issue is not limited to hospitals and emergency departments, but also affects clinics, long term nursing facilities, and rehabilitation facilities.

A retrospective single center study published in the American Journal Emergency Medicine in 2000 found that repeat imaging at their hospital resulted in increased hospital costs of up to $66,000 per patient [3]. Another study noted a prolonged length of time to treatment due to delay in image processing or needing to repeat imaging [4]. In addition, the United States populations have been subjected to extra doses of unnecessary radiation when receiving healthcare in the last two decades.

The link between ionizing radiation and cancer has been studied in detail and is of utmost concern in recent times [5-7]. According to Pearce et al. over 7 million scans were performed on children over last decade, mostly for trauma and appendicitis. Radiation exposure in adult patients has mirrored this trend and has grown exponentially over the last two decades, as well [8]. A longitudinal, population-based study in Great Britain demonstrated an increased incidence of leukemia and brain cancer after repeated CT scans in children [8]. Models extrapolated from radiation exposure from atomic bomb explosions predicted one fatal cancer per 1000 computerized tomography scans performed [8]. Thus, in order to protect the health of the United States populations and decrease healthcare spending, we must address the issue of unnecessary irradiation secondary to outdated methods of image storage and dissemination.

Cloud computing may be the answer to these inefficiencies in the United States. Cloud computing is the delivery of shared information to an unlimited amount of computers and other devices [9]. This technology has a promising role in the sharing of patient medical information and appears to be particularly suited for application in radiology, given the field's inherent need for storage and access to large amounts of data.

Nationwide implementation of centralized cloud-based imaging has the potential to decrease the risk of unnecessary radiation overexposure, result in healthcare cost savings and, most importantly, increase patient safety. It also has the potential to decrease the frustration of the healthcare teams caring for patients and potentially prevent medical errors due to better communication and lack of inefficiencies. A centralized cloud-based system would also allow for radiation dose monitoring for the life of the patient and safely store all of the imaging performed on the patient for any clinician to refer back to at any time. Having previous imaging when looking for a new diagnosis, will hasten the diagnosis and decrease the need for repeat imaging.

To implement this system, stronger evidence needs to exist to support the conclusion that current management of imaging in the United States healthcare system is outdated, costly, and inefficient. AHQR needs to perform a nationwide retrospective study of all hospitals in the United States and their performance in repeat imaging. A cost analysis and radiation dosage measurement could be assessed through this data. With this type of research, the evidence may be strong enough to begin implementing a nationwide cloud-based radiology system in the United States.

Scotland is one of the first countries to successfully implement a nationwide cloud-based radiology storage system. Scotland’s success has now propelled the United Kingdom into looking into changing their policy to adopt a centralized cloud radiology system, as well [10,11]. A few single institution retrospective studies have been performed to evaluate the inefficiencies of image transfers between hospitals, but no large database nationwide study exists.

A nationwide investigation needs to be performed by AHRQ to gather stronger evidence necessary to support the implementation of a centralized cloud based radiology system in the United States healthcare system.