Without modern agricultural techniques, current population levels could not be sustained and projected near-term population growth would create stresses that would destabilize the current global social and political order. Relatively recent innovations in seeds, chemicals and fertilizers have enabled agricultural producers to meet the ever-growing demands of a hungry world population. Even with the rapid increases in agricultural productivity, however, challenges for the agriculture industry to supply the growing global economy with sufficient supplies of agricultural staples are greater now than ever before. A new green revolution similar to the one that took place during the latter part of the 20th century is taking place all over the world to meet the expected demand by the growing world population and its increased standard of living.

Economic growth and industrialization of a nation is inextricably linked to the continuous availability, access, diversity and modernization of its agriculture sector. Agriculture in fact plays a vital function in whole goals and endeavors to attain fiscal development. A lot of the present day’s developed economies, initially struggled to make their agricultural sector stronger. The states at a priority basis supply monetary help to their farmers, researchers and scientists with plan to boost their agricultural inventions still further. Agricultural science is among the one of the best career options of a study and because of the lack of information and proper guidance, peoples usually under-estimate this field. Each and the every requirements and needs of creature including food, clothing and shelter are straightforwardly rewarded by agriculture. A continuous research work is involving in this field to provide the maximum necessities to ever-increasing population of the world. Essentially, the entire agricultural land expansion might be taken place in developing countries of the world. Consequently, the importance of agriculture to society impinges on our quality of life, food, nutrition, clothing and locality where peoples are living.

According to OECD (Organization for Economic Co-operation and Development), the world agriculture production will increase at an annual rate of 1.5%. The yield of oil seeds and grains is predicted to stay low as the operational and manufacturing costs increase. Cattle production, on the other hand, will remain unchangedor steady, increasing at a minimal rate of 0.5% yearly.

However, agriculture sector faces major challenges from the growing population which is projected to reach figure of one billion by the end of year 2020. High demand for food and its products can only be met by usingor implementing advanced and modern farming techniques to increase the agricultural crop production. this will help to reduce the number of deaths occurring due to malnutrition and hunger.

Market experts are of the view that increase in calorie intake of the people all across the globe has boosted the demand for high quality of food & agriculture production and its related food as well as agricultural products in various parts of the world. These needs are fulfilled due to new scientific discoveries and inventions made in the field of fertilizer and chemical industry as well as breakthrough in use of modern techniques of seed engineering, , hybridization techniques , genetic engineering and DNA mapping of different cereals and food products. Also a lot of scientific research , trials and experimentation is currently going on in agriculture to take increase food production of cereals and crops to fulfillor matchor satisfy the food requirements of the increasing population of the world.

Farmers and peasants all across the globe are adoptingor using new and unique or modernized techniques of farming to acquire or get optimum yield of crops and cereals using minimum effort with less time consumption. Utility of modern farming techniques are rapidly growing in Israel, China, Brazil ,India and in several other regions of Africa and Asia. 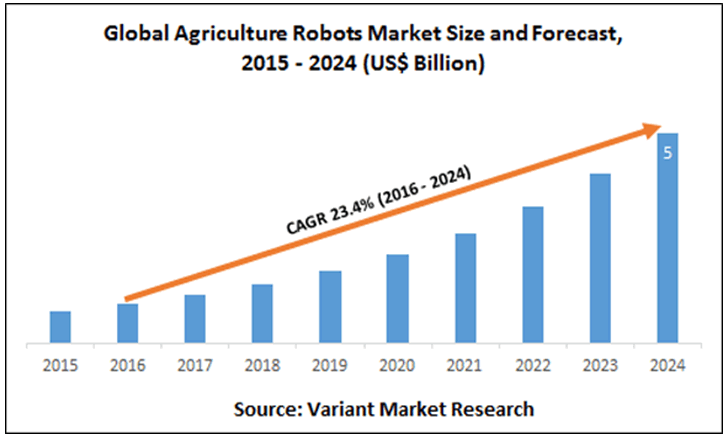 Number of agricultural industries and services is growing in a faster rate in all around the world covering Asia, Europe, Africa, North and South America which are major regions of world. Top 20 industries with their country name have been enlisted below:

• The Mosaic Company, US