An Overview of Aquatic Toxicology 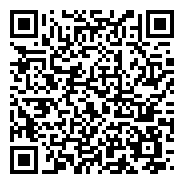 The science of the harmful effects of toxins and their actions on aquatic environments is known as aquatic toxicology. Aquatic toxicologists examine the state of aquatic systems, track trends over time, diagnose the source of damaged systems, direct efforts to repair the damage, and forecast the effects of planned human actions so that the ecological ramifications can be considered before harm occurs. Aquatic toxicologists look at negative impacts on a variety of scales, including geographical, temporal, and organizational. Because aquatic ecosystems contain thousands of species, each of these species can react to toxicants in a variety of ways, affecting interactions between them.

Chemicals have the potential to produce an almost endless number of responses. Molecular and cellular levels into effects are as specific as a fish's physiological response or as broad as the ecological richness of a big river basin. Generally, emphasis is focused initially on answers that are deemed socially or biologically significant. If a social goal is to have fishable waters, for example, responses to toxicants in game fish and the species that depend on them would be of interest.

The field survey and the toxicity test are the two most common tools used in aquatic toxicology. An aquatic system or watershed's indigenous biological community is characterized via a field survey. Field surveys also require principles of chemistry, geology, and land use. Sometimes, the community's attributes are compared to those of other similar systems in good working order. Field surveys are the most reliable way of determining the current state of natural systems. When damaged communities and chemical contamination coexist, however, establishing a cause-and-effect relationship using a field study alone is difficult. Toxicity testing can aid in the discovery of this link.

The toxicity test isolates a replicated component of the system of interest, such as fish or lake microbial communities, and exposes it to a toxin in a controlled, randomized, and repeatable manner. The most common aquatic toxicity test results reveal the short-term survival of fish exposed to a single toxin. Such studies show if a specific response can be induced by a set of chemical conditions. They also tell you what concentrations of the chemical are dangerous.

Toxicity tests can reveal a chemical concentration below which an unfavorable impact is unlikely to occur, as well as an index of relative toxicity that can be used to compare the toxicity of two substances. Aquatic toxicologists can build models estimating the effects of proposed actions using data from various studies and toxicity testing, as well as other techniques such as experimentations on the fate of chemicals released into aquatic systems. The most important challenge in aquatic toxicology will be to create procedures that allow for the long-term usage of aquatic and other ecosystems. Sustainable use aims to ensure that current generations do not deprive future generations of the natural resources they need to live a healthy lifestyle. To achieve the goal of sustainable use, aquatic toxicologists will need a considerably longer time horizon than we currently have. In addition, as society is becoming more crowded and rich, cumulative impacts will become increasingly relevant.