Aquatic Toxicology and its Qualitative and Quantitative Information 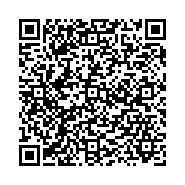 Aquatic toxicology is the study of how natural and human-made materials and activities, such as produced chemicals, affect aquatic creatures at different organisational levels, ranging from subcellular to individual organisms to ecosystems and communities. A multidisciplinary field, aquatic toxicology combines toxicity, aquatic ecology, and aquatic chemistry. Environments such as freshwater, marine water, and silt are studied in this discipline. Standardized testing for acute and chronic toxicity that last 24–96 hours to 7 days or more are common. These tests examine endpoints including survival, growth, and reproduction together with a control test at each proportion in a gradient. Usually use carefully chosen species with ecologically pertinent sensitivities to toxicants and a solid literature foundation. These creatures are simple to handle and can be easily obtained or developed in a lab.

Toxicology tests are used to gather qualitative and quantitative information on the harmful (destructive) effects that a toxicant has on aquatic life. Testing for toxicity can be used to evaluate the dangers associated with a particular toxicant in a certain context as well as the potential for harm to an aquatic ecosystem. Testing for aquatic toxicology can be done in a lab or out in the field. While single species can be confined for a predetermined amount of time and laboratory experiments typically refer to single species exposure, field experiments typically refer to the exposure of numerous species. Most frequently, a sigmoidal curve is used in conjunction with a dose-response relationship to quantify the hazardous effects at a chosen end point or criterion for effect.

There are numerous toxicity test types that have been approved by regulatory organisations and the scientific community. Numerous variables affect the test's type: Some of the most frequent influencing factors on test design include the specific regulatory agency conducting the test, the resources available, the chemical and physical characteristics of the environment, the type of toxicant, the available test species, laboratory vs. field testing, the end-point selection, and the time and resources available for conducting the assays. There are four main ways to expose controls and test organisms to treated and diluted water or test solutions: exposure systems.

The organism is revealed by a static test in calm water. To get the proper concentrations for testing, the toxicant is introduced to the water. The test solutions are filled with the testing and control organisms, and the water is left unchanged the entire time.

Similar to a static test, a recirculating test exposes the organism to the toxin but pumps the test solutions through a filter to maintain water quality rather than lowering the toxin's concentration in the water. Similar to an aerated fish tank, the test chamber has constant water circulation. The cost of this kind of test is high, and it is not obvious whether the filter or aerator affects the toxicant.

In a flow-through test, the toxicant enters the test chambers through a flow and is then expelled from the test chambers. It is possible for the once-through flow to be intermittent or constant. It is necessary to first prepare a stock solution containing the appropriate quantities of contaminants. The flow and volume of the test solution will be controlled by metering pumps or diluters, and the correct ratios of water and contamination will be mixed.

Directly and indirectly toxicity can be divided into two major groups. A toxic effect active at the site of action within or on the organism causes direct toxicity. A change in the physical, chemical, or biological environment might result in indirect toxicity.

When an organism is exposed to two or even more toxic elements at once, various reactions take place. These outcomes include antagonistic, potentiating, synergistic, additive, and other outcomes. When a combined effect is equal to the sum of its component parts, this is known as an additive effect. When the sum of the effects is significantly greater than the sum of the two separate effects, this is known as a synergistic impact. When a chemical that has no effect is combined with a toxin and has an impact bigger than the toxicant alone, the result is known as potentiation. Last but not least, an antagonistic effect happens when a chemical combination has less of an impact than the total of its constituent compounds' impacts.