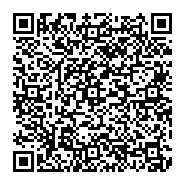 With the rapid urbanization and increasing demand for agricultural products, the greenhouse cultivations in many countries are growing rapidly today so that compared to the open cultivations, green house productions have more economic performance for agriculture producers [1-5]. More countries are now involved in greenhouse productions, such as Europe, Canada, Mexico and United States of America (especially California and Florida). Greenhouses are growing widely in other Asian countries as India, Japan and South Korea [6,7]. The Iran ranks are twentieth in the greenhouse productions in the world. More vegetables are produced in Iran in greenhouse cultivation systems including cucumber (Cucumis sativus), Tomato (Solanum lycopersicum), Sweet pepper (Capsicum annuum), strawberry (Fragaria ananassa) and mixed greens. It is well known that, despite the quantity of agricultural products, attention to quality is a crucial factor that should be considered [8,9]. Greenhouse production systems have beneficial effects and also have detrimental effects on environment and agriculture sector [10]. Greenhouse cultivations by providing artificial conditions have an especially important role in agricultural development. Increased production per unit area, produce more than one crop per year, precise control of pests and disease with biological methods, continuity of work and production in all seasons of the year are the most important factors that leads the farmers into the greenhouse cultivation in Iran. The quality of human life depends on the chemical composition of used food and environment conditions [11,12]. Poor management and lack of attention to scientific principles in greenhouse cultivations due to low awareness of farmers has created many environmental problems [13,14]. Intensive management in greenhouses includes application of excessive chemical and organic fertilizers and pesticides, large cropping index and high temperature that somehow causes to ecological and soil pollution problems like the accumulation of contaminations in soil and plants. Accumulation of heavy metals in plants, leading to a risk to human health in the food chain as consumers of agricultural products [15,1]. Since greenhouse vegetable consumption has become an important part of human diet, to ensure food safety, it is essential to investigate the role of effective factors on heavy metals and other pollutants accumulation in greenhouse soils and products. So the aim of this study was to assess the influence of high rate application of fertilizers on heavy metals accumulation and mobility in greenhouse site of Western Iran.

Studied area was a greenhouse town of western Iran, Kurdistan province (Latitude 360 00' N and longitude 470 00'E), with an area less than 700 m2. The management approach in greenhouse studied area was based on use of different chemical fertilizers. Average of applied chemical fertilizers rate was about 120 t ha-1.year-1. Urea, Superphosphate and compound fertilizers were main types of applied chemical fertilizers in studied greenhouse area. The usual style of irrigation in greenhouses was drip irrigation. Greenhouses were managed in this way for ten years from the time of establishment. The main vegetables in studied greenhouse were cucumber and tomato. Soil samples were collected in August 2016. Seven soil samples from various greenhouses in Kurdistan greenhouse town were collected. Sampling in each site was done in two different depths (0-20 and 20-40 cm), using stainless-steel auger. While, one nonagricultural sample in two different depths in studied province, near the greenhouse site, was randomly chosen for comparison. Each soil sample was a mixture of five sub-samples, and collected using polyethylene bags and pre-treatment by being air-dried at room temperature (25 ± 1°C), ground and sieved through 2- mm for physiochemical analysis.

Soil properties were determined according to methods given in Rowell (1994). Soil pH was measured using 1:5 soil to water ratio suspension with a glass electrode pH meter (model Inolab pH 7110). Soil electrical conductivity (EC) was measured using a glass electrode (model 712 conductometer) after mixing the soil with water (1:5, w/v). Organic matter was determined according to the Walky-Black method, which is based on the oxidation of organic matter with K2Cr2O7 and H2SO4 and titration with FeSO4. Cation exchange capacity (CEC) was measured by saturation the soil with 1 mol L-1 sodium acetate solution (pH 8.2), washing soil soluble sodium (Na+) with 96% ethanol and extracting exchangeable Na+ with 1 mol L-1 of neutral ammonium acetate. Calcium carbonate (CaCO3) was determined after boiling of 2.5 g soil with 25 ml of 0.5 N HCl and titration with 0.25 N NaOH. In accordance with Lindsay and Narvel (1978), mixed extractants consist of 0.005 mol l-1 DTPA (Diethylene triamine penta acetic acid), 0.01 mol L-1 CaCl2 and 0.1 moL-1 TEA (tri ethanol amine) in pH 7.3 was used to extract available heavy metals (Cd, Cu, Fe, Mn, Ni, Pb and Zn). Available concentration of different heavy metals was measured using atomic adsorption spectrometer. The concentration of heavy metals was present as mg kg-1 dry weight. Two replications were analysed per sample to control the accuracy of the results.

In fact, decomposition of organic matter in pH above 3 (PZC of organic matter) leads to negative charge sites that increase the CEC in soils [18,4]. As the result, increase of CEC was occurred in soils under greenhouse Conditions. Moritsuka et al. reported that the average of CEC in greenhouse soils of China was 18.7 cmolc kg-1. The average of CEC in greenhouse and open field soils of China were 25.5 and 17.25 cmolc kg-1 respectively [20,4,12].

Principal component analysis (PCA) was performance on the data of available heavy metals content in topsoil and subsoil greenhouse samples of studied soils in order to better understand their interrelationships. Tables 3 and 4 show the factors, eigenvalues and associated variance explained in the chemical data of Greenhouse surface (0-20 cm) and subsoil (20-40 cm) samples respectively. Three factors all had eigenvalues higher than one. Three extracted factors explain 62.7 and 81.5% and 82.9 and 84.8% of data set variance in topsoil and subsoil of Sanandaj samples. Based on eigenvalues, three principal components (PC1, PC2 and PC3) cumulatively explained 62.7 and 82.9% of total variance in top soils and 79.0 and 84.8% in subsoil of Sanandaj greenhouse samples. PC1 explained 36.0% of total variance and showed positive factor loading for Cd and Mn (0.543 and 0.598), PC2 and PC3 exhibited 25.8 and 21.1% of total variance and showed positive factor loading for Pb (0.527) and Cu (0.452) in topsoil, respectively. Zinc, Fe and Ni showed partial loading among PC1, PC2 and PC3. While PC1, PC2 and PC3 in subsoil samples exposed 44.2, 23.1 and 17.5% of total Variance and showed positive factor loading for Cd, Ni and Fe and Mn respectively. Other heavy metals (Cu, Pb and Zn) did not present a clear separation in Sanandaj greenhouse subsoil samples. Karimi Nezhad et al. suggested that Cu, Mn, Pb and Zn had positive relation factor in PCA analysis in soils of Ahvaz, Iran. Kong et al., found that Cd, Cu, Pb and Zn had positively relation in surface greenhouse soils and derived from agricultural production activities. Bai et al, suggested that greenhouse cultivation had a significant effect on the accumulation of Cd, Cu and Zn in soils. Heavy metals input to the soil from natural and anthropogenic resources. PC1 can be consider to present anthropogenic input since the mean concentrations of Cd, Mn, Ni and Pb in greenhouse soils were higher than arable soils (Table 2). The anthropogenic inputs of these metals likely include irrigation, fertilization, pesticide application and atmospheric deposition resulting from industrialized activities [21,24,25].

The heavy metals available concentration and soil properties in greenhouse site of western Iran were investigated. The results indicated that Mn, Pb and Zn had the highest concentration in most of soil studied in studied greenhouse soils, and were more accumulated in top soils than subsoils. Compare with arable soils, anthropogenic activities such as excessive and long-term use of fertilizers and manures are the main sources of soil pollution. Perfect management patterns, especially in use of chemical fertilizers and use of require strategies should be performed to reduce the high rate of pollutants accumulation in soils and ground water resources and ensure the food safety [26-30]. Adequate and effective agricultural extension services to help disseminate and implement fertilizer strategies are also needed. Since small scale farming is correlated with over fertilization, a conversion to large scale production with unified management, such as cooperatives and enterprises, would also reduce heavy metal contamination in these soils.

The Author is grateful to Mr. Panahi for preparing soil samples and Laboratory Equipments in the Bu-Ali Sina University.