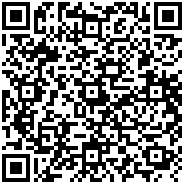 Cellular neuroscience is a stream of neuroscience that studies neurons at the cellular level. This covers single-neuron morphology and physiological features. Several techniques have been used to analyze activity at the cellular level, including intracellular recording, patch-clamp, and voltage-clamp techniques, pharmacology, confocal imaging, molecular biology, two-photon laser scanning microscopy, and Ca2+ imaging. Cellular neuroscience investigates the numerous types of neurons, their functions, how neurons interact with one another, and how neurons work together.

Neurons are cells that are specialized to accept, propagate, and transmit electrical signals. There are around eighty billion neurons in the human brain alone. Neurons come in a number of different forms, as well as functions. As a result, not all neurons have dendrites and myelinated axons that conduct action potentials like a normal motor neuron. For example, photoreceptor cells, lack myelinated axons that conduct action potentials. Invertebrates have other unipolar neurons that lack differentiating features like dendrites. Furthermore, functional distinctions between neurons and other cells, such as cardiac and muscle cells are ineffective. As a result, the distinction between a neuron and a non-neuronal cell is merely a matter of degree.

Glial cells are another type of cell present in the nervous system. Neurobiologists are only now beginning to pay attention to these cells since they are engaged not only in the sustenance and support of neurons, but also in the modulation of synapses. Schwann cells, a kind of glial cell found in the peripheral nervous system, modify synaptic connections between motor neuron endplate presynaptic terminals and muscle fibres at neuromuscular junctions.

Much of our current understanding of the ionic bases of action potentials is based on the Hodgkin–Huxley model of an action potential in the squid giant axon. The two ions, Na+ and K+, govern the formation of an action potential. The following phases can be found in an action potential: threshold, rising phase, falling phase, undershoot phase, and recovery. When the threshold of excitation is reached after numerous local graded depolarizations of the membrane potential, voltage-gated sodium channels are activated, resulting in an inflow of Na+ ions. As more Na+ ions enter the cell, the membrane potential depolarizes even more, activating more voltage-gated sodium channels. A positive feedback loop is a term used to describe such a process.

Neurotransmitters are packaged and kept in vesicles when they are produced. The terminal buttons of the presynaptic neuron collect these vesicles. Voltage-gated calcium channels located in the membranes become activated when the voltage in the terminal bouton changes. Ca2+ ions can then permeate through these channels and bind to synaptic vesicles. The vesicles fuse with the presynaptic membrane after being bound by Ca2+ and exocytose releases neurotransmitters into the synaptic cleft. Neurotransmitters then diffuse across the synaptic cleft and bind to postsynaptic receptors implanted in another neuron's postsynaptic membrane.