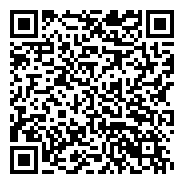 The article deals with the child behaviour in groups and how the external environment (parental, school/neighbourhood) influences the children in their emotional development. It also explains the disorders related to behaviour problems and how they arise at the early stage of development. Children Mental Health Report gives the detailed review of the children suffering from mental or learning disorder. These children should be immediately diagnosed with the symptoms and taken care with appropriate medication. Several Education programs have been developed to create awareness among the younger generation to improve the health outcomes of infants, child and adolescents.

Children should be guided properly in a positive and constructive way to behave socially in groups. They seek for attention whenever they do a new thing. So Parents should pay attention for what they doing and reward them for behaving well rather than applying consequences for what they are not ought to do [1-5].

Children at some stage start developing repetitive behaviours like nail biting, body rocking, thumb sucking, stuttering, etc., which may be considered as a disorder based upon their effect on physical, emotional and social functioning [11-16]. These behaviours first arise from intentional movements later they become repeated and then incorporated into the child's customary behaviour. Some habits develop by imitating adult behaviour.

Psychosocial disorders may be caused by a number of factors such as child abuse or neglect, overindulgence, family or marital problems, injury or chronic illness, parenting style, separation or bereavement. They may be observed as disturbance in Emotions, Aggressive behaviour, Psychogenic disorders and Mental performance. Children do not display their reactions immediately to the events faced, but may emerge later [17-22].

In stressful situations, young children will tend to react with impaired physiological functions such as sleeping disturbances. Older children exhibit disturbances in relationships with family, friends, poor school performance, behavioural regression to an earlier developmental stage and development of specific psychological disorders such as phobia or psychosomatic illness [23-28].

Disruptive behaviour is characterized by undesirable traits displayed by children at an early stage of development. For e.g. in young children, behaviours like temper tantrums and breath holding should not be taken as normal [29,30]. Truancy, arson, antisocial behaviour and aggression are considered as disruptive behaviours. Although some isolated incidents of stealing or lying are normal occurrences of early development, they may warrant intervention if they persist [31-35].

Anxiety and fearfulness are common in day-to day life but when they persist for longer duration then they require proper intervention [36-40]. Approximately 6-7% of children may develop anxiety disorders of which few become over-anxious and some may develop phobias.

Sleep problems are very common in children. It is known fact that children with a chronic physical illness (asthma), psychiatric disorder (ADHD) or with a learning disability are particularly prone to problems with sleep [46-50].

There may be adverse effects on school performance, immune function and even growth.

Advice should be taken from a health visitor or, in the occasional severe or complex situation, consulting a psychologist, will be important for any plan of action to be successful [51-55]. Educational booklets along with sleep programmes may also be helpful.

According to Child Mind Institute, in 2016 One out of five children suffers from a mental health or learning disorder, and 80% of chronic mental disorders begin in childhood onwards [56-65]. Such children should get immediate intervention by identifying the signs of the disorder conditions.

Children suffering with learning disorders and mental health should be identified with poor performance in life especially in school, and outdated approaches to discipline can only make the scenario worse [66-70]. Instead of putting kids further at risk, schools should identify and support-risk children by a widely deployed, integrated system of evidence-supported, school-based mental health and preventive services [71-75].

It is necessary to recognise the early signs of mental health problems in children and schools provide the best place to start with. In USA, K-12 enrollment is around 55 million, thus providing the opportunity to reach the 17.1 million young people who will be affected by mental health disorders before the age of 18 [76-80]. Parents, educators and medical professionals should support the children to get the right help and benefits they deserve [81-86].

Many societies are working for the welfare of children with mental health disorders. National Association for Children Behavioural Health aims to deliver the timely services for children with emotional or behavioural disturbances [87-93]. Their treatments include mental health and substance use treatment, educational programs, child and family services.

A child’s social environment influences their educational attainment and cognitive development. Children perform well in studies who engage in good social relationships than those who do not.

Child's healthy development requires positive peer relationships and friendships. If they experience any social rejection or lack of support, it may turn out to be devasting experience for them which further impacts school functioning and even relationships in the near future.

Children having good relationships mean the sense of belonging which they experience has a positive influence on their mental health. They also exhibit greater self-esteem than those who do not and are less likely to experience mental health problems including anxiety and depression. There is evidence that pro-social behaviour during childhood leads to better psychological health in adulthood.