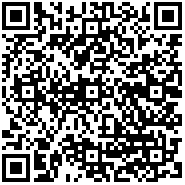 Parkinson's Disease (PD), is a chronic degenerative condition of the central nervous system that mostly affects the motor system. Typically symptoms appear gradually and as the condition progresses, nonmotor symptoms increase in frequency. Tremor, rigidity, slowness of movement, and trouble walking are the most noticeable early signs. In addition to behavioral and cognitive issues, many patients with Parkinson's disease experience sadness, anxiety, and apathy. As the disease progresses, dementia caused by Parkinson's disease becomes more prevalent. Parkinson's patients may also experience issues with their sleep and sensory systems. The disease's motor symptoms are caused by a dopamine shortage brought on by cell loss in the substantia nigra, a midbrain area.

Certain genes are known to be inheritable risk factors for the condition, which increases the risk for those people who have a family member with this disease. People who have been exposed to specific pesticides and those who have suffered head injuries in the past are also at risk of this disease. Smokers, tea drinkers, and coffee drinkers have a lower risk. Symptoms, particularly motor symptoms, are the primary basis for diagnosis in typical instances. To help rule out other disorders, tests like neuroimaging (such as magnetic resonance imaging or imaging to look at dopamine neuronal dysfunction known as a DaT scan) can be utilized. Males are afflicted more frequently than females, at 3:2. Early-onset Parkinson's Disease (PD) is the term used to describe it when it affects people under the age of 50. By 2015, Parkinson's Disease (PD) had killed roughly 117,400 individuals worldwide and affected 6.2 million people. After diagnosis, the typical life expectancy ranges from 7 to 15 years.

Treatment for Parkinson's Disease (PD) seeks to lessen the consequences of the symptoms as there is no known cure. Levodopa (L-DOPA), MAO-B inhibitors, or dopamine agonists are frequently used as the first line of treatment for Parkinson's Disease(PD). These drugs produce a side effect known as involuntary muscle movements, but as the disease worsens, they become less effective. At that point, drugs may be combined and doses may be raised. Deep brain stimulation microelectrodes have been surgically implanted to decrease motor symptoms in extreme cases where medicines are ineffective. Other PD symptoms, such as sleep problems and mental health disorders, may benefit from therapy, although the evidence is less strong.

Parkinson's Disease (PD), also referred to as "Idiopathic parkinsonism". It is frequently referred to as a type of neurodegenerative disease called synucleinopathy because of an abnormal buildup of the protein alpha-synuclein in the brain. Other "Parkinson's plus" conditions can also cause analogous mobility issues, despite the fact that they may also exhibit a variety of ancillary symptoms some of them include synucleinopathies. Hallucinations and early-onset cognitive impairment, which commonly (but not always) arrive before the motor symptoms, are also present in Lewy body dementia.

As an alternative, Multiple Systems Atrophy (MSA) is more frequently characterized by autonomic, cerebellar, or Parkinsonian symptoms and typically presents as early-onset autonomic dysfunction (such as orthostasis).Exercise in middle age may reduce the risk of PD later in life. Caffeine also appears advantageous, with a greater risk decrease occurring with a higher intake of caffeinated beverages like coffee. Antioxidants, such as vitamins C and E, have been suggested to prevent the disease, however research has produced mixed results and no protective benefit has been demonstrated. When it comes to fat and fatty acids, several studies have produced contradicting results, claiming either positive, risk-increasing, or no impacts. Some preliminary evidence suggests that calcium channel blockers and anti-inflammatory drugs are protective. A 2010 meta-analysis found that using nonsteroidal anti-inflammatory drugs (other than aspirin) was associated with a pain decrease of at least 15% (higher in long-term and frequent users).