The study was carried on (i) obtaining HAD GEM2-ES climate change scenario RCP(Representative concentration Pathways) (8.5) data for Ludhiana location and minimizing its bias, (ii) simulation of its effect on irrigation requirements, crop yield, crop duration, and water-use efficiency of rice–wheat cropping system with DSSAT v 4.6.1 model. Model simulations predict reduction in irrigation requirements for rice crop and increase in irrigation requirements for wheat crop under RCP 8.5. Also reductions in crop yields in future associated with shortening of growth period due to increased temperature were predicted by the model. Increased rainfall in future would decrease irrigation water requirement of crops but would not offset the adverse effect of increased temperature. Although evapotranspiration would decrease towards end of the century, yet relatively more decrease in yield would lower water use efficiency

The changes in climate parameters are being felt globally in the form of changes in temperature and rainfall pattern. The global atmospheric concentration of carbon dioxide, a greenhouse gas (GHG) largely responsible for global warming, has increased from a pre-industrial value of about 280 ppm to 387 ppm in 2010. It is certain that global mean surface temperature (GMST) has increased since the late 19th century. Each of the past three decades has been successively warmer at the Earth’s surface than any the previous decades in the instrumental record, and the decade of the 2000’s has been the warmest. The globally averaged combined land and ocean temperature data as calculated by a linear trend, show a warming of 0.85 (0.65 to 1.06°C), over the period 1880–2012, when multiple independently produced datasets exist, about 0.89 (0.69 to 1.08°C) over the period 1901– 2012, and about 0.72 (0.49 to 0.89°C) over the period 1951–2012 when based on three independently-produced data sets.

The total increase between the average of the 1850–1900 period and the 2003–2012 period is 0.78 (0.72 to 0.85°C), based on the Hadley Centre/Climatic Research Unit gridded surface temperature data set 4 (HadCRUT4), the global mean surface temperature dataset with the longest record of the three independently-produced data sets [1]. The global average sea level rose at an average rate of 0.19 mm (0.17- 0.21) per year over 1901 to 2010 [2]. There is also a global trend of an increased frequency of droughts as well as heavy precipitation events over many regions. The IPCC (2007) projected that temperature increase by the end of this century is expected to be in the range 1.8 to 4.0°C. For Indian region, projected mean warming ranging from of 2°C (RCP 2.6) to 4.8°C (RCP 8.5) from 1880s to 2080s through CPIMP5 model ensemble based projections. All India Precipitation( Pcp) is projected to increase by 6%, 10%, 9% and 14% under the scenarios RCP2.6, RCP4.5, RCP6.0 and RCP8.5 respectively, by 2080s relative to the 1961–1990 baseline, whereas much larger variability will be seen in the spatial distribution of Pcp. Climate change may affect agriculture and food security by altering the spatial and temporal distribution of rainfall, and the availability of water, land, capital, biodiversity and terrestrial resources and these effects at regional scale are not fully understandable. It is the integrated effect of all climate parameters such as temperature, CO2, rainfall, solar radiation, relative humidity, etc. that determine the crop water requirements and yield. Under climate change scenario daily weather data is generally derived from general circulation models (GCM) and/or regional climate models (RCM). In recent years, usage of RCM has increased to generate the scenarios at higher resolution over a limited area of the globe.

The RCM is able to resolve features on finer scales than those resolved by the GCM, particularly those related to improved resolution of the topography [3]. Zacharias used the climatic outputs of an RCM–PRECIS (providing regional climates for impact studies) model to analyze baseline simulation daily weather data on temperature and precipitation patterns with the observed weather for the corresponding period (1960–1990) in order to find out the bias in the model [4]. But the raw outputs of GCM/RCM often suffer from systematic errors which may prevent them from being applied directly for analysis of behavior of the climate system, its eventual changes and their local impacts on crop development, growth and yield. To study the impact of changing climate, numbers of crop models are available in the literature but the models like Decision Support System for Agro Technology Transfer (DSSAT), InfoCrop and cropping system simulation (CropSyst) are widely used because these models assess the effects of CO2 and weather parameters on crop growth, biomass, water balance, nitrogen balance on daily basis. The DSSAT Crop model has an edge over the previous controlled FACE, OTC, TGT experiments and simulation [5-14], in which the daily change created in weather parameter was constant throughout the growth period of the crop. Thus, keeping this in view, the present study was undertaken with the objectives to (i) obtain climate data on maximum temperature (Tmax), minimum temperature (Tmin) and rainfall (RF) for baseline and future from HAD GEM2-ES GCM model under RCP 4.5 and RCP 8.5, and this data so obtained were corrected for biases using linear scaling method (ii) assess the effect of climate change scenario on water requirements, productivity and water use efficiency of rice–wheat system in climatic conditions of Punjab, India.

The study was carried out for climate data of Ludhiana (75°52′ E longitude and 30°56′ N latitude) in the Punjab state (73°53′to 76°55′ E longitude and 29°33′ to 32° 31′ N latitude) of India. The climate of the area is semiarid. Past 46 years (1970– 2015) daily weather data on RF, Tmax and Tmin recorded at meteorological observatory were used in this study. Climate change RCP 8.5 scenario data for Tmax, Tmin and RF was derived from HAD GEM2-ES-General circulation model on daily basis for Ludhiana for time period of 1970–2015 (baseline), 2020–2050 (mid-century) and 2060–2090(end-century). Biases in Tmax, Tmin and RF data were evaluated for monthly trends and statistical parameters like mean (μ), standard deviation (σ) and variance (σ2). The biases were minimized by applying correction functions developed from observed and modeled data of years from 2010 to 2015, as it was producing the least error between the observed and modelled data after the application of correction functions and validated on the data for randomly selected two years. Linear scaling method for development of correction functions at monthly scale was used (Figures 1 and 2).

Simulations for irrigation requirements, yield, crop duration and water balance were run using DSSAT V 4.6.1 model [15,16]. This model had already been intensively parameterized with the experimental data observed at the Research Farm, Punjab Agricultural University, Ludhiana, (30°56' N, 75°52' E and 247 m above mean sea level) in central Punjab during year of 2005, 2011 and 2013 and The experimental details of treatments, soil conditions and management practices for these experiments are given elsewhere [17]. In the model, crop parameters were derived from calibration, experimental observations, literature and some were kept as default [18]. Daily weather files to be used in the model were prepared from the observed data for present time slice (Baseline-1970-2015) of the century and from the corrected modeled data for mid-century (MC-2020-2050) and end-century (EC- 2060-2090), and also each weather file was modified for CO2 concentrations in order to study the climate change effects. Solar radiation data were generated from the temperature data using radiation estimation module by the DSSAT model itself. The soil files, for the four dominant soil series of Ludhiana district were made using the data reported [19]. The time and amount of irrigation and nitrogen fertilizer applied for different years of rice–wheat rotation were specified in management file and also for irrigation; an automatic irrigation option was selected for the present study. This option schedules the irrigation based on Soil Water deficit (SWD), for which the user sets the soil management depth (DSOIL), SWD at which irrigation is triggered, and the amount of water applied as a per cent of SWD. Simulations were made for normal planting dates i.e. June 10 for rice (variety PR121) and November 5 for wheat (variety PBW 343) Validation and performance of the model have already been discussed elsewhere [20]. Using baseline, MC and EC daily weather data, crop growth durations (planting to physiological maturity), yields and water balance components were simulated for rice–wheat system with CO2 levels for a given year and scenario. For RCP 8.5 the corresponding CO2 levels were 417, 462, 507, 572, 655, 752, 860, 982, 1110 ppm respectively for (2010-2020), (2020-2030), (2030-2040), (2040-2050), (2050-2060), (2060-2070), (2070-2080), (2080-2090) and (2090-2100) decadal years respectively;

Typical biases of HAD GEM2-ES 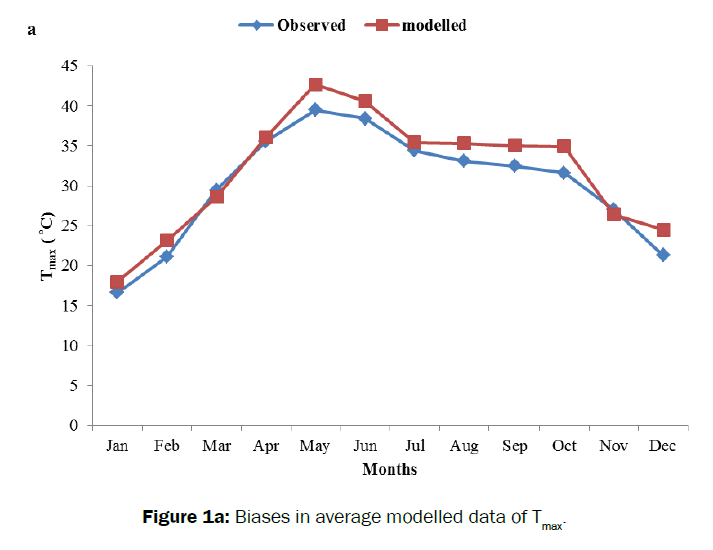 Figure 1a: Biases in average modelled data of Tmax. 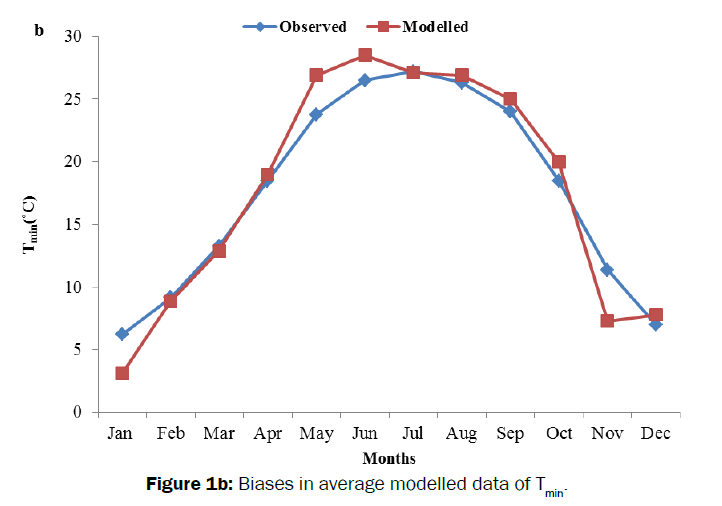 Figure 1b: Biases in average modelled data of Tmin. 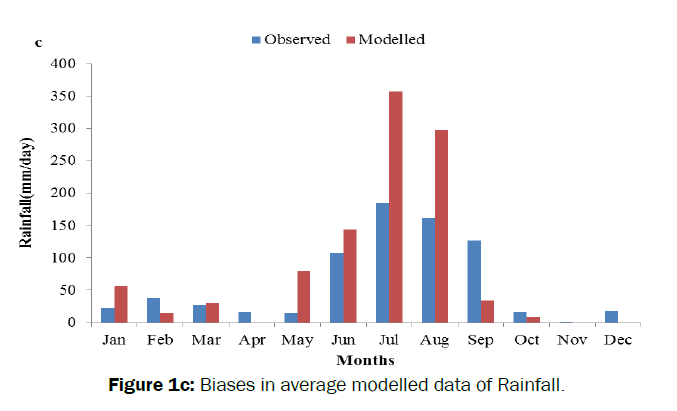 Table 1. Statistical parameters of modelled and observed temperatures and rainfall.

The results given in (Figure 1) and (Table 2) showed that discrepancy occur in climate model simulations and observations. Therefore, it was necessary to adjust (calibrate) the variables to correct the climate model biases. In climate change studies, mostly two correction methods viz. bias correction and change factor documented in the literature are used [21]. The change factor method was applied in another independent study and discussed elsewhere [20]. In the present study linear scaling approach was used to correct the bias. The corrected modeled data of Tmax (Figure 2a) and Tmin (Figure 2b) were found closer to the observed with respect to time trends and magnitude. Time trends of RF showed that the modeled cumulative rainfall (CRF) was lower than the observed with almost matching in the beginning of the year, decreasing in the middle and then again coming close till the end of the year (Figure 2c). Annual modeled CRF was 160 mm more than that of the observed. With correction, it is not only that the time trends became similar to that of the observed but also the difference in corrected modeled and observed, CRF was reduced to 20 mm only. Root mean square error (RMSE) of corrected modeled Tmax and Tmin was 5% each, respectively, which fall in excellent to good category [22]. However, RMSE of model corrected RF remained high (15%) even after correction. 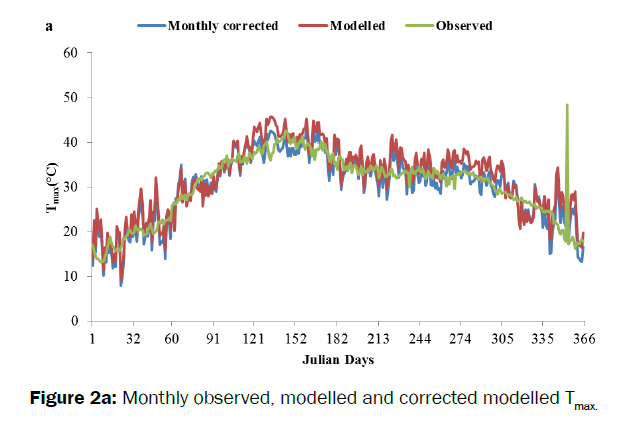 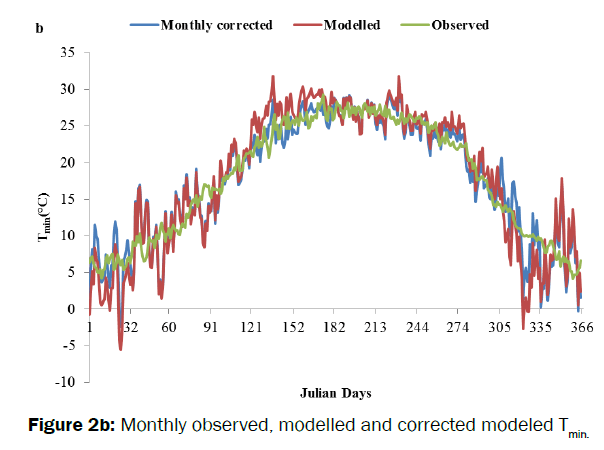 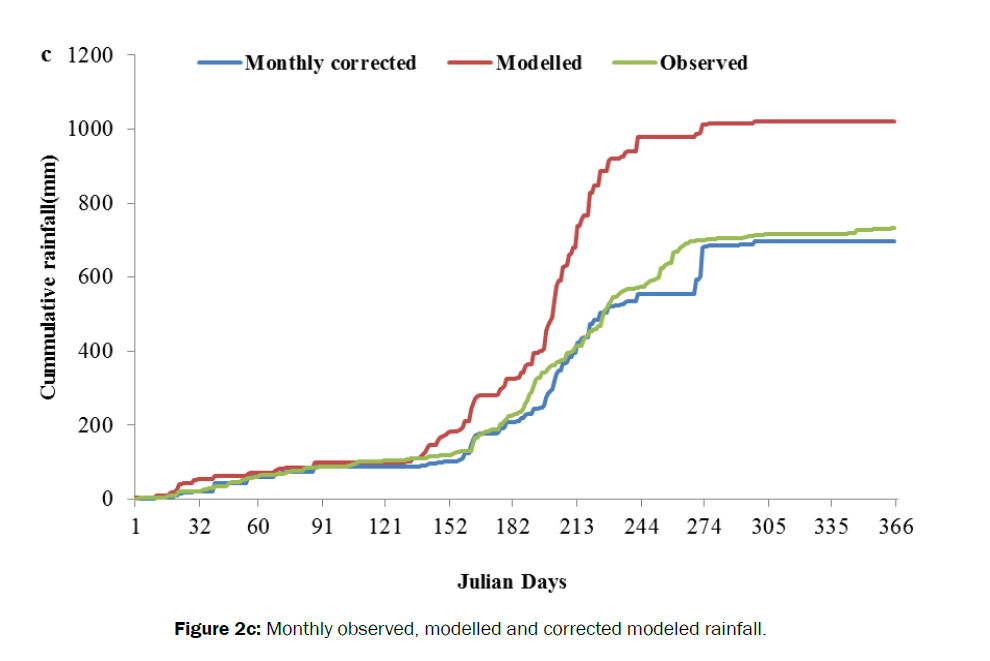 Table 2. Water balance components and- use efficiency of rice and wheat crops as influenced by different time slices of the 21st century and soil texture under RCP 8.5. 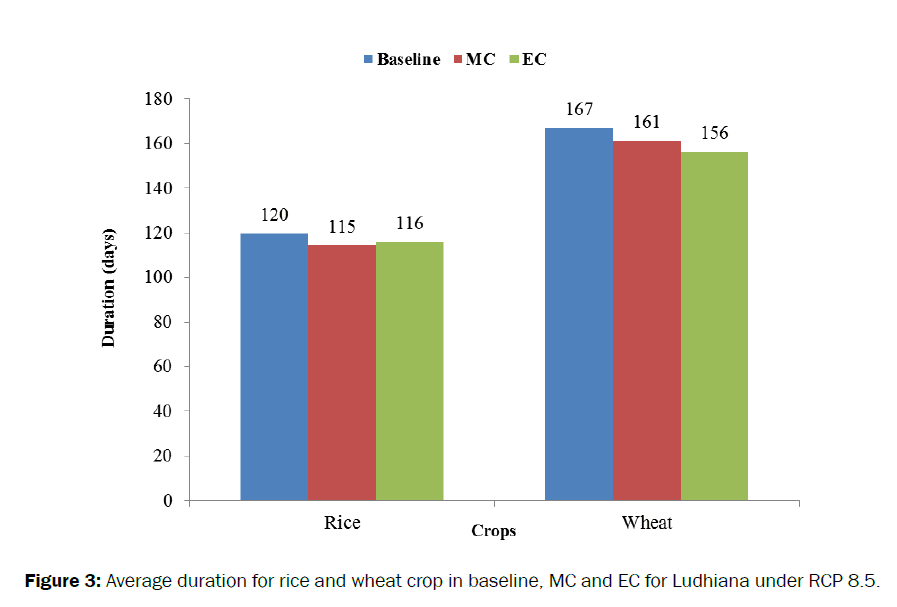 Figure 3: Average duration for rice and wheat crop in baseline, MC and EC for Ludhiana under RCP 8.5.

The present study of the effect of climate change on irrigation requirements, crop productivity and resource use efficiency involved use of global climate model (HADGEM2-ES) data, its correction with suitable bias correction method and simulation of yield, crop duration and water balance with crop simulation model (DSSAT). The results from the present study conclude that:

1. Bias corrected HADGEM2-ES Global climate model simulations predicted that in central Indian Punjab temperature will increase by 1.56°C in mid and by 3.11°C in end of the 21st century, will increase by 2.75 °C and by 5.46°C, respectively under RCP 8.5.

2. The increased temperature would decrease the demand for irrigation in rice crop however an increase in demand of irrigation for wheat crop was predicted by the model, which may be due different rainfall magnitudes during the growing periods of these two crops.

3. The increased temperature reduced yields of rice and wheat crops by shortening their duration. With changed climate not only the irrigation requirements, crop yields would reduce but evapotranspiration and water use efficiency would also decrease.