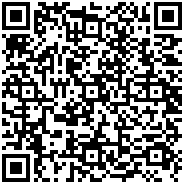 ABSTRACT Being a mother is one of the most beautiful bliss for any women. Pregnancy is that phase where a woman experiences different types of change in her body which results in her emotional, physical as well as hormonal changes. But with pregnancy comes the fear of well-being of both mother and the child. With today’s advancement in science, the delivery process has improved and advanced to a very great extent. But the complications have not been fully been subsided. Some of them are: • complications of episiotomy • gestational diabetes • hormonal imbalance • serious infection and disease Highlights: • short term complication • long term complication • Death

Even though being pregnant is a joyous affair, most women are not able to enjoy. The reasons are simple and clear, i.e., complications related to their pregnancy. Though science has a brought a revolution in the medical field, but still the question- “Are the delivery complications has subsided”? Remains unanswered [1-15].

A full time pregnancy lasts about 40 weeks. But because of the labor contractions, delivery can be called as preterm delivery and the baby born is a premature baby at a higher risk of complication of prematurity such as immature legs, digestive problems or respiratory distress [16-21].

Pregnancy and Its Common Effect

The word associated with pregnancy is beautiful because of the growing fetus inside a mother womb. But with pregnancy come some of the common, embarrassing and downright annoying effects. Some of them are morning sickness, frequent urination, vaginal discharge, constipation, bleeding gum, gas and bloating, etc.

These symptoms are quite common during pregnancy but can be utterly embarrassing or annoying at a time [22-31].

A premature birth is that period where delivery takes generally 3 weeks before the baby is due. It takes places on 37th week of pregnancy. Uterine contraction or leaking of fluid from vagina is the symptoms of preterm labor. But in spite of improved medical facilities, Preterm birth is the most common cause of infant Death. The rate of preterm birth has increased from the year 1990s to 2010s [32-36].

•Signs and symptoms- Preterm labor induction and spontaneous preterm labor are the main causes of premature delivery. Heavy pressure in the pelvis, abdominal [37-54] or back pain or the vaginal bleeding [55-59] in the third trimester could be the signs of the preterm deliveries [60-65]. Sometime a liquid discharge from the vagina may indicate the premature rupture of the membrane that surrounds the baby which can sometime be infectious and fatal to both fetus and the mother, because of the absence of labor pain [66-72].

a) The smaller the days of period of pregnancy, the greater the risk of Death [73-76] and morbidity. The risk of death rate is very high in the first year of the premature baby life, among which most of them takes place in the first month itself.

b) Other risk is the permanent disability or risk of brain damage, even if the baby survives.

Premature babies are accompanied by many short term complications such as:

•Breathing problems- An immature respiratory system leads to breathing problem in preterm babies when the lung lacks surfactant that allows the lung to expand and breathe normally.

•Heart problems- patent ductus arteriosus (PDA) and low blood pressure (hypotension) are the most common heart problem of the premature babies. Sometime the defect cures on its own and sometime if it is left untreated it can leads to huge amount of blood to flow through hearts and lung resulting in heart failure and other complications [81-84].

•Brain problems- The earlier the baby is born greater the risk of bleeding in the brain known as an intraventricular hemorrhage Mild hemorrhage is resolve with little short term impact but larger brain bleeding can leads to permanent brain injury.

•Immune system problems- An underdeveloped immune system, which is common in premature babies, can lead to infection, which can quickly spread to the bloodstream causing sepsis, a life-threatening complication.

•Cerebral palsy- Cerebral palsy can be defined as a disorder of movement, muscle tone or posture which can be caused by infection, inadequate blood flow or injury to a preemie's developing brain either during pregnancy or while the baby is still young and immature.

•Impaired cognitive skills- Babies born prematurely are more likely to lag behind during various developmental phase. They may have to face learning disabilities or similar situations.

•Behavioral and psychological problems- Some babies tend to develop attention-deficit/hyperactivity disorder (ADHD) [85-86] because of their premature birth.

•Chronic health issue- Babies born before due date are more prone to health issues like Asthma, Infections and Feeding problem. They are also at a higher risk of sudden infant death syndrome (SIDS) [87-90].

How to Manage these Complications?

In the recent year medical science has developed a lot bringing stabilization and prompt care in the delivery room for premature delivery.

•Neutral thermal environment is maintained to ensure the minimization of stress and optimizing the growth of the premature infant.

•Intense monitoring of their fluid and electrolytes because of the increased transdermal water loss.

•Proper health checkup of the babies are done to ensure or detect any type of complication which can be fatal in near future [91-101].

With increased medical advances, though the development is taking place, but in the same way there is an increase in the number of premature deliveries. With proper management and care the risk of complication has been reduced to a great extent but nevertheless it has not been eradicated.