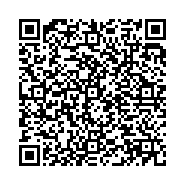 This study talks about the constraints in chili production and its future prospects in chili growing areas in district Hamirpur, U.P. Chili is recognized as a significant crop in Danbury, district Hamirpur and nearby villages due to potential the crop has income benefit and providing works to the farmers. However, the farmers are facing many problems. The constraints from the chili growers revealed that major constraints in adoption of recommended Chili production technologies lack of high yielding variety, and marketing of the product is the utmost problem which is facing by the chili growers

Chilli is one of the most valuable crops in India. The crop is grown mainly for its fruits all over the India. Major chili farming States in India are Andhra Pradesh and Telangana, Karnataka, Maharashtra, Punjab, Uttar Pradesh, Tamil Nadu and West Bengal. IndiaÃ¢ÂÂs Agro climatic conditions provide scope for cultivation of 63 different spices, making India the Ã¢ÂÂLand of spices. India is the largest producer (76 lakh MT), consumer (73 lakh MT) and exporter (3.8 lakh MT) of spices in the world. In India the southern states grow spices like pepper, cloves and cardamom. Southern states of India together produce 30 percent of cardamom and 25-30% pepper of the world. Gujarat and Rajasthan grow the spices like cumin, coriander, fennel and fenugreek. They alone produce 80% and 90% world production in respect of coriander and cumin. The states of Uttar Pradesh, Madhya Pradesh, Andhra Pradesh, Maharashtra, and West Bengal, are major producers of onion, garlic, mustard and chillies. Orissa, Tamil Nadu, Andhra Pradesh, Meghalaya, Assam and Himachal Pradesh grow turmeric and ginger. Kerala contributes 96 percent of the total black pepper production in the country. Karnataka and Kerala alone grow 90 percent of small cardamom [1].

In Uttar Pradesh, green chili is mostly cultivated on smallholder farms but yields have been low because farmers have found it hard to access the latest farming inputs and technologies. This has resulted in small harvests, low quality chili crops and, consequently, a low income for farmers and their families. No Indian meal is complete without chilies, so it comes as no surprise that India is both the biggest consumer and also the largest producer and exporter of the spice. Chilli crop is raised both for green and ripe dry fruits. The vegetables are the emerging important crops grown in Hamirpur district of Bundelkhand zone in Uttar Pradesh [2]. However, the productivity of these crops is much lesser than the other part of state. The major constraints in crops production are non-availability of improved varieties seed, imbalance use of fertilizers and lack in adoption of improved cultivation techniques by majority of farmers. Most of the farmers in the district are not aware about improved techniques of crops cultivation. If the productivity is increased, the sizeable area under these vegetable crops has tremendous increased in the production of vegetables under dry environment of Hamirpur. Keeping these factors in view, technology demonstrations were organized under different situations on farmerÃ¢ÂÂs fields in Hamirpur district with the objective to enhance the productivity and profitability per unit area. The area, production and productivity of tomato, okra and total vegetable crops in India as well as Uttar Pradesh [3].

Present study was carried out in three major chilli producing villages namely Dhanauri, Dhanaura, and Akona villages of Hamirpur districts of Uttar Pradesh with specific objectives of constraints of chilli production. Village Dhanauri and surrounding areas in Hamirpur District of Uttar Pradesh is known as largest chilli growing area, since it has one of the largest areas under chilli crops among all villages of Rath Tehsil of Hamirpur district. However, village Dhanauri of district Hamirpur is selected purposely for the present study. The sample covers 120 chilli cultivators of the study area. For the purpose of the study, multi-stage sampling was adopted. The Tehsil Rath has 2 blocks, out of this 1 block was selected. In the second stage, from the block, 3 village Panchayats were selected out of the selected blocks on the purposive basis. In the final stage, from each of the sample villages, 40 farmers were selected on the purposive basis. The researcher collects the required information on constraints of production and marketing of chillies from chilli growers. The chilli growers were classified small, medium and large categories [4].

The chilli cultivation is one of the major important segments in the study area. However, the producers of chilli are economically and socially weaker people facing various problems. Due to illiteracy, ignorance and financial weakness, the farmers possess a weak bargaining power and on the other hand, the traders take the advantage of the farmerÃ¢ÂÂs weakness because they are generally well informed, well organized, financially sound and very tactful in their dealings. The majority of farmers do not have sufficient time, knowledge and skills for the scientific marketing of their produce. In the absence of well-developed markets, marketing facilities, and marketing efficiency, farmers are at disadvantage by selling their produce to traders in the market as they get low prices.

The present study reveals to discuss the constraints of production and marketing of chilli in the study area. From the discussion with chilli growers the most important point emerges that there is dire need to educate the chilli growers regarding the use of seed treatment, maintaining correct spacing and irrigating the crop at the recommended intervals. The farmers also need to educate and motivate to use the correct doses of fertilizers and manures, so that they can get the high returns by reducing the expenditure. Since majority of the respondents expressed low price at peak time, so efforts should be made to develop some processing units so that farmers can sell their produce to these units at the time of glut of produce. Majority of the respondents expressed Lack of proper marketing channel to sale out the produce in the market as major constraint, so there is urgent need to develop efficient marketing channel that should help to minimize the market related problems [5].

The responses of chilli growing farmers about problems encountered by chilli growing farmers in the market are summarized in table. It is clear that problems encountered by chilli growing farmers was, there is no proper marketing channel to sale out the produce in the market (100%), fluctuating prices, lack of transport facilities, and absence of grading facilities in the market. It was found that all of the respondents (100%) were not satisfied with the prevailing marketing system of chilli in local markets. Basically, high production of chilli compared to its market demand caused such deflation of price. Some other market related problems encountered by the chilli growers are, lack of awareness about actual market price of chilli (51.78%), and non-availability of seeds, pesticides and fertilizer in time (7.14%). Most of the growers were lacking of proper market intelligence which results in most of the problems.

Table 1. Lack of proper marketing channel to sale out the produce in the market.

The above table proves that the variable "Lack of proper marketing channel to sale out the produce in the market" is ranked in the first place. The second rank goes to "Fluctuating prices". The third and fourth rank goes "Problem of insect- pest and diseases" and "Non-availability of seeds, pesticides and fertilizer in time". "Lack of transporting facility" and "Lack of awareness about actual market price of chilli" is ranked with fifth and sixth position. "Absence of grading facility in the market" and "Lack of latest technical know-how about chilli production" is ranked with seventh and eighth position [6].

The farmers are suffering Lack of proper marketing channel to sale out the produce in the market. It is therefore suggested regulated markets and co-operative marketing society should adopt flexible marketing channel to suit the need of the farmers. Transportation facility should also be provided by local bodies of the government and traders to the farmers. The fluctuation of the chilli prices in the market should also be regulate by the regulated market and govt. personnel such as supply inspector/officer. Non-availability of seeds, pesticides and fertilizer in time are the major concerns of the farmers and the availability of these should be maintained by the agriculture department of the govt. The agriculture department of district should organize the training to the chilli growers for the betterment and make the profitable of chilli growing to the producers. Arrangements for training and education of new technology of chilli growing so that producers would meet requirement for chilli growing.