Copyright: 2017 Tesfaye Bejiga, et al. This is an open-access article distributed under the terms of the Creative Commons Attribution License, which permits unrestricted use, distribution, and reproduction in any medium, provided the original author and source are credited. 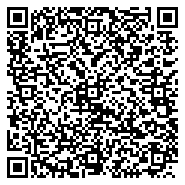 Ethiopia has the largest livestock population in Africa, estimated at 38 million cattle, 23 million sheep and 18 million goats, which are raised almost entirely by small holder farmers throughout the country [1]. Small ruminants are particularly important resources of the country as they provide more than 30% of local meat consumption and generate cash income from export of meat, live animals and skins [2].

The annual national mutton production is 77 metric tons, which covers 13.9% of total domestic meat production [3]. Even though the livestock sector contributes much to the nation’s economy, its development is hampered by different constraints, these include rampant animal diseases, poor nutrition, poor husbandry, poor infrastructures shortage of trained manpower [4]. Disease causes extensive financial wastes as a result of direct and indirect economic losses, because disease is the major concern to small ruminants’ industry. Study conducted in different abattoirs of Ethiopia revealed that parasitic infections of livers, pneumonia pericarditis and nephritis are found to be the major causes of organ condemnation [5].

Parasites in the tropics are responsible for greater losses to the meat industry than any other diseases. Similarly, like many other tropical African countries, it is well known that parasitic diseases are among the major factors responsible for the low productivity of livestock in Ethiopia [6,7]. Parasitic infestations not only cause clinical diseases and mortalities but also cause economic losses through production losses and condemnation of whole carcass and organs at slaughter [8].

Various abattoir surveys have been conducted to determine the prevalence and economic losses resulting from organ and carcass condemnation in Ethiopia [9-11]. However, most of the surveys paid attention to parasitic causes; fascilosis and hydatidosis in cattle. There is lack of information on the causes of organ and carcass condemnations and associated economic losses in small ruminants especially due to Stilesia hepatica. Recently various new export abattoirs have been established to enhance the export of red meat and edible offal to international market. The export of meat of sheep and goats contribute much to the economic development of the country.

Stilesia hepatica is extremely common tapeworm in sheep and goats of Africa and Asia. Large numbers of these tape worms are often found in the bile ducts of sheep and goats at slaughter and also they cause neither clinical signs nor significant hepatic pathology, the liver condemnations are a source of considerable economic losses on aesthetic grounds. Its epidemiology is poorly understood. Wild animals are the natural reservoirs of this parasite and play an important role in its epidemiology [12]. The parasite has a predilection site in the bile ducts and causes no pathogenesis, but it is a cosmetic problem that leads to liver condemnations at slaughter of the affected animals [13].

Stilesia affected livers may show signs of mild cirrhosis with thickening of bile ducts [13]. Heavy infestations are frequently seen in apparently healthy ovine and caprine, with complete occlusions of the bile ducts. Icterus and other clinical signs are not commonly observed. At meat inspection, the liver is condemned for aesthetic reasons. Its epidemiology in small ruminants is poorly understood.

Slaughter surveys have been conducted in most Sub-Saharan African countries to estimate the prevalence and economic significance of fascilosis in various ruminant production systems. Unfortunately, the impact of Stilesia hepatica on productivity of ruminants has not been elucidated through these surveys. Stilesia hepatica has been reported to occur in sheep and goats. Abattoir surveys have estimated the condemnation rates of 56% and 47% of the total livers in slaughtered sheep and goats respectively [14]. The highest liver condemnation (40%) and 48 % of the liver are condemned due to Stilesia hepatica in goats and sheep, respectively in Kenya in 1989.

Economic losses associated with liver condemnation due to Stilesia hepatica infestation in ruminants contributed to 14807 USD of which 876 USD 9720 USD and 4210 USD was attributed to cattle, goats and sheep, respectively [14].

Stilesia hepatica causes significant loss to farmers, butchers and consumers. It leads to destruction of liver of affected animals. There are other additional losses such as poor carcass quality and quantity due to disruption in liver functions in animals infested with the parasite. It is also a major cause of concern in the trade of small ruminants [14]. Therefore, the disease should be investigated further on farms to determine the prevalence in animals of various ages, species and breeds and to develop economic strategies for disease control at farm level.

Therefore, the objectives of this study were

• To study the prevalence of Stilesia hepatica in small ruminants slaughtered at Madjo Modern Export Abattoir.

• To study the influence of certain risk factors on the prevalence of Stilesia hepatica in sheep and goats.

The study was conducted in Modjo Town, Lume District in East Shewa Zone of Oromia Regional State, Central Ethiopia from November 2007 to April 2008. Modjo is located 70 km South East of Addis Ababa at 8035'N and 39010'E at an altitude of 1777 masl. The average maximum and minimum temperature is 28°C and 18°C, respectively [15]. The town has one municipality and two main export abattoirs. It is a town where the two main roads from the Eastern and Southern parts of the country meet. This makes Modjo as an important trade route of livestock. Modjo Modern Export Abattoir, one of the main mutton and offal export abattoirs, was established in 2001/2002, and has almost all the required facilities stocking pen, unloading ramp, lairage, slaughter hall, refrigerator room, water supply, electricity, telephone veterinary office, laboratory, administration office, waste disposal, etc. Veterinarian performs antemortem inspection 24 h before slaughter. Animals with disease condition are isolated for further laboratory diagnosis. Each day, about 300 to 2000 and 20-300 male goats and sheep are slaughtered, respectively, according to Islamic Religion “Halal”. Almost all inspected mutton and little offal are exported Arab countries after it has been chilled. The overall dressing percentage of those goats and sheep slaughtered at Modjo Modern Export Abattoir is 38-43.5%.

The animals, which are slaughtered in this abattoir, are brought from different parts of the country both from lowland and highland areas including Borena, Jinka and Bale areas. In this study, animals were classified into two species: sheep and goats, two age groups (young and adult) and two origins (highland and lowland). Age was determined by observation of the erupted permanent incisors and classification in to two age groups was performed accordingly [16,17].

For determination of sample size, the expected prevalence was decided to be 50% as there was no study conducted on the prevalence of Stilesia hepatica before this study in this abattoir. The desired precision was decided to be 5% and confidence interval 95%. Thus the formula described by Martin et al. [18] was used to determine the sample size per locality. Accordingly, the sample size was calculated to be 240 per origin and age of sheep and goats. Hence the total sample size for all goats and sheep originated from low land and highland area was determined to be 1920 as indicated in Table 1.

The study methodology used was postmortem inspection of the liver. After the animals were sampled according to species, origin and age, the liver was taken from the slaughtered sheep and goats separately and inspected by visualization and making a systemic incisions to detect the presence of Stilesia hepatica.

The prevalence of Stilesia hepatica was calculated by dividing the number of positives of sheep and goats with Stilesia hepatica divided by the total number of animals (sheep and goats) inspected and multiplied by 100 and expressed in percentage. Pearson’s chi-square (x2) test was used to calculate to find out whether there were statistically differences in prevalence between origin (highland/low land) young/adult sheep and goats. P values <0.05 were considered statistically significant.

Data generated from post mortem inspection was entered to Microsoft Excel 2000. Descriptive statistics, such as percentage and chi square tests were calculated with SPSS soft ware for windows version 11.5.

Table 2: Prevalence of Stilesia hepatica in slaughtered sheep and goats.

Table 3: Prevalence of Stilesia hepatica in slaughtered adult and young sheep and goats.

Table 4: Prevalence of Stilesia hepatica in Highland and Lowland sheep and goats.

Table 5: Prevalence of Stilesia hepatica in sheep of young and adult sheep from highland and lowland areas.

Table 6: Prevalence of Stilesia hepatica in adult goats of young and adult from highland and low land origin.

The prevalence of Stilesia hepatica in highland and lowland sheep was 33.75 (154 among 480 sheep) and 27.5% 132 among 480 animals respectively. Even though the origin of animals was not described a study conducted at four abattoirs found in Jijjiga, Haramaya, DireDawa and Harar by Sissay et al. [19] showed the prevalence of 42%, 28%, 35% and 41%, for the wet season and 32% and 33% and 41% and 39% for the dry season, respectively. The same report indicated there was no seasonal variation in the prevalence of Stilesia hepatica. In the current study also there was no significant difference in the prevalence of the parasite between young and adult, highland and lowland sheep and goats. There were no statistically significant differences between species and within species in respect to age, this prevalence is higher than the prevalence in the current study.

This preliminary study generated information on the occurrence of Stilesia hepatica in sheep and goats in Ethiopia. The overall prevalence recorded in this study was generally high and no statistically differences were observed in the prevalence between species, origins, and age of sheep and goats. Stilesia hepatica affects liver and it results in condemnation of the liver due to aesthetic reasons thereby reducing the country’s foreign exchange earnings. The epidemiology of the parasite is poorly understood and little work has been done to determine its occurrence distribution and assess the economic loss resulting from condemnation of livers. The impact of Stilesia hepatica on the productivity of small ruminants has not also been elucidated. Based on the above conclusions, the following recommendations are forwarded:

• Further epidemiological study should be conducted on Stilesia hepatica in sheep and goats.

• The economic losses due to this parasite should be assessed.

• Risk factors associated with sheep and goat of Stilesia hepatica should be investigated.

• Regular training on meat inspection should be provided to meat inspectors to improve their capacity in diagnosing Stilesia hepatica.