Department of Pharmacy, Autonomous University of the State of Morelos, Cuernavaca, Mexico, USA 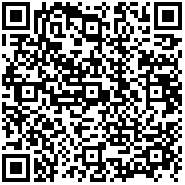 Environmental damage due to processing toxicity is defined as any reversible or irreversible structural or functional modification that interferes with homeostasis, normal growth, differentiation, development, or behavior (including drugs, lifestyle factors such as alcohol, diet, and environmental toxic chemicals, or physical factors). It is the study of harmful effects on organism development due to toxic chemicals before conception (by either parent), during prenatal development, or after birth until puberty. Teratogens are substances that cause developmental harm from the embryonic stage to birth. The impact of developmental toxic elements varies depending on the chemical, amount, length, and time of exposure. Certain viruses are also included because the poisons they produce have been shown to have negative impacts on the organism's development when the mother or fetus is sick. Developmental toxicology is a branch of toxicology that studies negative effects on children's development. To allow for the inclusion of a broader spectrum of congenital illnesses, this term has largely supplanted the earlier term for the study of primarily structural congenital defects, teratology [1].

Toxins in the environment can pass via the mother to the developing embryo over the placental barrier after conception. The infant is most vulnerable between the 14th and the 60th day of pregnancy when the primary organs are developing. A child can be exposed to toxic elements at any time throughout pregnancy, depending on the type of toxicant and the amount of exposure. For example, exposure to a toxic substance at one stage of pregnancy may induce organ damage, whereas exposure again during a point in pregnancy may result in fetus death and miscarriage [3]. A variety of chemicals, biological agents (such as germs and viruses), and physical agents (such as radiation) are known to cause developmental abnormalities in a variety of workplaces. Physical abnormalities, such as bone or organ deformities, as well as behavioral and developmental issues, such as mental retardation, are all examples of developmental disorders. Some chemicals can cause cancer in a child later in life if they are exposed to them during pregnancy. These substances are known as Trans Generational Carcinogens. Toxic exposure during the second and third trimesters of pregnancy might cause physical and psychological growth to stall and result in low birth weight [1-3].

Rather than functional alterations of already developed organs, developmental toxicity refers to the changes in developmental processes (organogenesis, morphogenesis) [2]. Potent toxin effects are determined by dose, threshold, and duration. Toxicity has the following effects:

In the development of vertebrates, organogenesis is one of the most crucial stages. It's the production of a flat neural plate that then convolutes to produce a hollow neural tube. It is one of the principal targets of developmental toxicity and uses the structural abnormalities are a common effect of toxicant exposure, accounting for a high proportion of human defects [4].

FASD stands for fetal alcohol spectrum disorders, which refers to a group of problems that might develop in a kid whose mother drank alcohol during pregnancy. Physical and cognitive issues are examples of these side effects. The majority of Asperger syndrome individuals have a combination of these issues [3-5]. The extent of the effect is determined by the frequency of exposure, the dose, and the rate of ethanol elimination from amniotic fluid. FAS disrupt a fetus's normal development, causing developmental stages to be skipped, delayed, or immaturely developed. Alcohol levels tend to be high and stay in the fetus longer since alcohol elimination is faster in a fetus than in an adult and they do not have a developed liver to metabolize the alcohol. Prenatal alcohol exposure can cause birth malformations in the first three to eight weeks of pregnancy before a woman even recognizes she is pregnant [4].

Human breast milk includes mercury toxicity and inorganic mercury, and newborns are particularly vulnerable to mercury intoxication. Mercury can easily cross the placental barrier, collect within the placenta and fetus due to the fetus's inability to remove mercury, and have a harmful effect on the fetus even if the mother shows no symptoms. Mercury exposure during pregnancy or immediately before birth can damage the nervous system, and it is quite likely to cause birth defects [5].