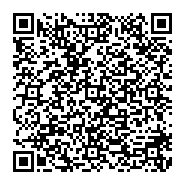 Large cardamom Amomum Subulatum Roxb. is one of the main cash crops cultivated in the sub-Himalayan States of Sikkim and Darjeeling District of West Bengal. The dried fruit is used as a spice in several Ayurvedic preparations. Its cultivation is mainly confined to an elevation ranging from 900 to 2000 m above mean sea level at a temperature varying between 10o C and 30o C and rain fall of 2000 to 3000 mm per annum. In India, the crop is cultivated in an area of 44701.ha with an annual production of 8803 MT [1]. Apart from domestic consumption, a sizable quantity of the produce is exported to various countries. Though a large number of cultivars in large cardamom have been identified, very limited studies have been carried out on documentation of capsule characters in the crop [2]. Hence, the present study was undertaken to discriminate between the two popular cultivars of large cardamom namely Ramsay and Sawney using certain morphometric characters. The variables that contribute more towards discrimination were also identified.

The study was undertaken in a well-managed plantation at Gangtok in Sikkim (5000’,270.00’N and 880. 00’E). Forty accessions of yielding large cardamom (4 years old) belonging to cultivars Ramsey and Sawney were used for the study. Plant growth characters such as girth of the clump(X1), number of the bearing tillers(X2), number of spikes per clump(X3), number of capsules per spike(X4), capsule length(X5), capsule diameter(X6) and capsule weight (X7) were recorded. The data were subjected to analysis such as Hotelling’s T2 and linear discriminant function analysis [3]. Correlation analysis of the discriminant function with the variables, identified the traits which contributed to the cultivar differentiation. (Absolute value of correlation coefficients > 0.5) as suggested by Jayaraman [4]. Moreover, similar work for differentiating Vanilla planifolia from Vanilla tahitensis using discriminant function analysis has also been done [5].

The genuineness of the data was tested by using Q-Q plot and the data were found to be in order. Hotelling’s T2 statistic [6] was employed to check the significant difference between the germplasm at cultivar levels. Hotelling’s T2 can be used to test equality of means of two multivariate normal populations with the same but unknown dispersion matrix.

The test statistic is given by

We reject the null hypothesis if F>F∝, where F∝ is the tabled value at 5% level of significance with (p,N1+N2-p-1) degrees of freedom

As F > Fα, the hypothesis is rejected, that is the populations differ significantly with respect to the characters studied. The classification rule is that if the discriminant score of a genotype X’l is above 86.21

Then it can be can be grouped under cultivar Sawney and that with a score below 86.21 can be placed under Ramsay.

Correlation analysis of the discriminant function with the variables (Table-1) revealed that among the variables, capsule length and capsule weight contributed maximum discrimination between the cultivars Ramsay and Sawney.

Application of Hotelling’s T2 statistic for highlighting the significant difference between accessions belonging to two large cardamom cultivars based on growth characters revealed that they differ significantly. Discriminant function analysis could be employed for distinguishing between the two cultivars and also for identifying the variables that contribute towards discrimination.