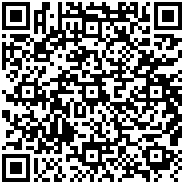 Understanding the variation in women’s reproductive scheduling among individuals, populations, age groups, and environments is of considerable interest to researchers across disciplines. Life-history theory provides a general framework for understanding how organisms allocate time and energy into reproduction in different environments to maximize their fitness1. Trade-offs between investing in growth, somatic maintenance, and reproduction, for example, can result in different optimal strategies with respect to reproductive timing or investment in offspring2. Although environmental stress and adversity are often seen as being detrimental to fitness under all conditions3, models generated out of life-history theory predict that individuals will adjust their reproductive strategies adaptively in response to conditions they experience during development4. Reproductive strategies ultimately depend on the fitness returns for producing and investing in children in the face of an uncertain future, and there is considerable theoretical5, empirical6, and experimental7 support for the hypothesis that both harsh and unpredictable environments result in greater early age reproductive effort and reduced parental investment, when the chances of one’s own future survival and reproduction are uncertain. Therefore, life-history theory sees conditions in early-life as signals that can trigger adaptive responses which enable organisms to maximize their fitness in changing environments8.

Research on the impact of developmental conditions on human reproductive timing has often focused on stress. For example, children who experience higher levels of familial stress have been shown to have earlier first births8 and stressful childhoods have been positively associated with both earlier age of menarche9 and pregnancy10. Reduced parental investment, particularly father absence, has also been shown to affect reproductive timing. A meta-analysis revealed a strong association between father absence and earlier menarche, and the experimental priming of father disengagement has been shown to predict increased sexual risk taking behavior11. Results of a study using data from the British National Child Development Study showed a positive relationship between low father involvement and earlier age at first birth12. However, a recent meta-analysis suggests these results may be restricted to certain populations13. Similarly, childhood trauma has also been hypothesized to affect reproductive timing. One study showed that girls between the ages of 4 and 11 who were separated from their parents during the evacuation of Helsinki during World War II had earlier menarche and more children by late adulthood than those who remained with their families14. However, another study comparing same-sex siblings from the same population did not find any relationship suggesting that the first result was largely due to selection bias: evacuees came from poorer and larger families which affected their reproductive behavior15. This illustrates a common difficulty in inferring causality in studies seeking to determine the impact of complex and frequently interrelated developmental conditions on human reproductive behavior.