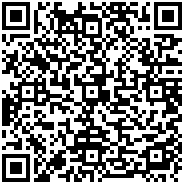 Late-life depression is typically the result of a complex combination of biological, psychological, and social factors. Depression in older adults is associated with a worse and more chronic trajectory than in younger adults, which is influenced by depression severity, number of previous depressive episodes, and medical comorbidities. Patients with more severe depression, comorbid dysthymia, beginning at a younger age, and more comorbid chronic conditions were also more likely to be depressed at the 2-year follow-up. Another longitudinal study on the course of depression in older persons found that increased depressive symptoms were associated with worse physical and cognitive health, more stressful life events, and a higher chance of death. Decreased depressed symptoms, on the other hand, were associated with higher education, better health, fewer stressful life events, and more social contact throughout time. Treatment for late-life depression in older persons can result in a variety of illness trajectories. Over the course of three years, patients in a naturalistic therapy trial were divided into four groups: those who recovered quickly, those who experienced persistent moderate symptoms, those who experienced persistent high symptoms, and those who recovered slowly. The study discovered that 43 percent of their individuals qualified for the swift recovery class, implying that more than half of the older adult participants experienced persistent depression during the duration of the three-year study.

The variation in disease history suggests that older persons respond differently to treatment, suggesting a personalised and targeted approach to depression management. Late-life depression is the most common social issue. Depression, as previously stated, can contribute to an increased mortality risk in addition to being associated with a lower quality of life. A higher quality diet appears to be connected with a lower risk of the onset of depression symptoms, according to the evidence.

Among the various dietary patterns, a pooled analysis of nine studies examining the association between adherence to a traditional Mediterranean diet and risk of depression found that individuals reporting higher adherence to the diet had a 32% lower risk of depression than those reporting lower adherence. Patients suffering from late-life, or geriatric, depression tend to have more physical issues (e.g., pain, bowel problems). Mood disorders are thought to be the most common psychiatric diseases in senior populations, with a frightening suicide rate. To address this rising issue, a 3-year maintenance study with geriatric-depressed individuals receiving IPT, IPT-nortriptyline, or nortriptyline alone was done.

A variety of changes were made, including shorter sessions to improve the older patients' attention and comfort. Due to patient desire in addressing lifelong difficulties, the inclusion of early-life issues as discussion topics was added. Therapists also utilised tactics to encourage acceptance of difficulties that were unlikely to be resolved by psychotherapy (i.e., lifelong experiences of psychopathology). The findings showed that patients whose sleep quality improved near the start of treatment had an 80% reliability of maintaining symptom improvement for the first year of treatment across all illnesses. According to the researchers, the biggest gains in functioning were reported in the combination treatment group, IPT-nortriptyline, demonstrating the importance of a holistic strategy to late-life depression.