EwingÃ¢ÂÂs Sarcoma of the Pubis in a Child Misdiagnosed as Osteomyelitis: A Case Report 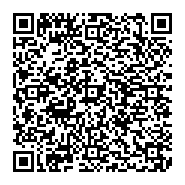 A 9 year old girl with a bone lesion of the left pubis is presented. The clinical symptoms and signs were slowly progressive for almost a year and became more pronounced during the last two months. She was admitted with a painful swelling of the left groin, low-grade evening fever, an antalgic gait and increased inflammatory markers. Radiographic changes included mottled and motheaten medulla of the left pubic bone associated with ‘onion skinning’ periosteal reaction. The lesion was originally misinterpreted by clinical, laboratory and radiographic findings as osteomyelitis. The patient was treated with antibiotics and immobilization. The clinical findings were significantly improved after a month and even the radiographic examination showed a diminished extent of the medullary lesions. The patient was admitted again 2 months after the initial admission with a severe deterioration of the clinical symptoms. They included severe pain, moderate fever and a painful soft tissue mass with local signs of inflammation and inguinal lymph nodes. Histology from the mass indicated necrotic tissue, while an inguinal lymph node biopsy indicated neoplasia. A new bone biopsy indicated Ewing's sarcoma of the left pubis. The natural behavior of Ewing's sarcoma in the presented case demonstrated that it did not appear as an overwhelmingly aggressive tumor. The differential diagnosis from chronic osteomyelitis was further complicated by the marked remission of the clinical symptoms and signs and even the improvement of the radiographic findings following the antibiotic therapy

One of the most important and provoking differential diagnoses of Ewing’s sarcoma is osteomyelitis, since both entities may show nearly identical clinical presentation, while radiographic findings can also present a similar pattern. Pain, swelling, fever, an elevated erythrocyte sedimentation rate (ESR) and leukocytosis are characteristic findings of both lesions, while on physical examination a clear distinction is impossible. Radiographically, both lesions may show reactive periosteal new-bone formation with poorly defined margins of destruction in the medulla of the bone [1-7]. The confusion may be further complicated by the fact that Ewing’s sarcoma may present with a coexistent bacterial organism infection and, furthermore, by the presence of a secondary bacterial infection complicating the bone tumor [8,9].

A 9 year old girl with a Ewing’s sarcoma of the left pubis masquerading as osteomyelitis is presented. The clinical and radiographic findings of the patient are retrospectively reviewed and differential diagnosis from osteomyelitis is discussed.

Figure 1. A 9 year old girl with a bony lesion of the left pubis including mottled areas of bone destruction and a multilayered periosteal reaction of the superior cortex but with no obvious cortical disruption (a). A month later, following antibiotic treatment, the concentric periosteal layers of the superior cortex of the pubic bone are still evident but bone destruction is less pronounced. No other aggressive features or soft tissue components are evident (b).

The patient was admitted again two months after the initial admission. She walked with a limp. On palpation a painful hard swelling of the left groin with a 4 cm diameter and local signs of inflammation such as warmth and erythema was evident. Swollen lymph nodes were noted in the groin area. There was a painful restriction of the left hip joint movements. A fever reaching its peak of 38ºC in the early evening was noted. Blood tests indicated a white cell count of 8900 cells/mm3 that was associated with a neutrophil count of 74% and an ESR of 90 mm in the first hour. Surgical drainage was subsequently decided. No findings consistent with an abscess formation or osteomyelitis were operatively found. Cultures taken at operation were negative. Biopsy of the granulation tissue and of an inguinal lymph node was taken. Histological examination of the former indicated necrotic tissue, while the inguinal lymph node biopsy was suggestive of neoplasia. A repeat bone biopsy was performed. Histology of the gray, gelatinous material established the diagnosis of Ewing's sarcoma of the left pubis. The patient was treated with radiotherapy. The patient died six months later from pulmonary metastases.

The diagnosis of Ewing’s sarcoma in a child may be delayed because of an erroneous initial diagnosis of osteomyelitis [10-25]. Local pain and swelling are the presenting complaints of both lesions. Pain in Ewing’s sarcoma may be present for months or years before the patient seeks medical attention. On physical examination a tumor mass is palpated that is tender on pressure. It may be larger than the bony lesion seen on radiographs, indicating that the neoplasm has violated the cortex and has spread extraosseously into the surrounding soft tissues. If the pubis or ischium is involved, an irregular globular mass may be palpated on rectal examination. The patient is not systemically ill at presentation and seldom becomes so until late in the disease. Fever, weight loss, secondary anemia, leukocytosis and an increase in the ESR are not frequently seen unless the case is quite advanced [26-30]. When present, fever and elevated inflammatory markers are secondary to tumor necrosis and may lead to a true diagnostic confusion with osteomyelitis and malignant lymphoma [6].

Radiographically, both lesions may show periosteal reactions with subperiosteal mottling and destruction. The radiographic appearance of Ewing’s sarcoma is fairly characteristic but not pathognomonic. Mottled destruction of medulla and erosion of the cortex with some expansion of bone accompanied by deposition of periosteal new bone in parallel layers (‘onion-peel’ appearance) is the typical appearance of Ewing’s sarcoma, although a substantial proportion of cases have no characteristic appearance. A soft tissue mass overlying the area of bone destruction is frequently seen [31-35].

MRI may add to the confusion with osteomyelitis since the inflammation reaction around the bone in osteomyelitis may be quite extensive and mimic the findings of Ewing’s sarcoma [36-39]. MRI has the important ability to show the true marrow extent of bone lesions or neoplasms. It is the preferred imaging modality for assessing Ewing’s sarcoma because it provides excellent tissue contrast and can assess tumor extent, size and relationship to the neurovascular bundle and joint space [40,41]. Ewing sarcoma and osteomyelitis typically present with low signal intensity on T1-weighted images and high signal on T2-weighted and STIR images in both bone marrow and soft tissue [42,43]. A homogeneous intramedullary T2-weighted signal is so intense with fat and the presence of an associated soft tissue mass is helpful to differentiate Ewing sarcoma from benign lytic lesions. A sharp and defined margin, optimally visualized on T1-weighted images in comparison to short tau inversion recovery (STIR) images, is the most significant feature of Ewing’s sarcoma in the differential diagnosis from osteomyelitis [6,44]. It has been shown that radiologists are more likely to misdiagnose osteomyelitis as Ewing’s sarcoma than vice versa [45,46].

The operative findings may be misleading suggesting a diagnosis of osteomyelitis. Due to the lack of stroma, the gross appearance of the lesion may be associated with a central accumulation of soft, white, creamy fluid grossly indistinguishable from pus, even though a yellow coloration is more characteristic of suppurative inflammation. Histologically, the presence of areas of necrosis and hemorrhage provoking a reparative inflammatory response simulating an infection can obscure its characteristics necessitating repeat biopsies to establish the diagnosis [9,10,18,47-50].

The differential diagnosis of hematogenous osteomyelitis should be carefully considered in a young child presenting with fever, bone pain or a bony mass. Although empirical antibiotic treatment may be used in the absence of positive cultures, treatment response should be carefully monitored, since a clinical response to antibiotics in the setting of osteomyelitis is diagnostic [51,52]. However, remission of the clinical and even of the radiographically detected periosteal reaction following antibiotic therapy in patients suffering from Ewing’s sarcoma has also been reported [10]. The lack of the characteristic aggressive features of Ewing’s sarcoma on imaging or of a soft tissue component, and instead the presentation with benign findings, such as sclerotic margins, no appreciable periosteal reaction and no overt soft tissue mass, may lead to a true diagnostic dilemma. A benign presentation of Ewing’s sarcoma may also mimic the appearance of fibrous dysplasia and Langerhan’s cell histiocytosis, while evaluation with magnetic resonance imaging and nuclear medicine may also prove futile [46,52].

The diagnosis of osteomyelitis was favored in the presented patient due to the clinical, laboratory and radiographic findings. The natural behavior of the disease that was slowly progressive over a year’s period was indicative of a nonaggressive lesion. The localized bone pain and swelling, the associated fever and the elevated inflammatory markers led to a presumed diagnosis of chronic osteomyelitis. In addition, the radiographic findings were also consistent with chronic osteomyelitis. Further diagnostic investigation of the bone lesion included only tomograms, since computed tomography and magnetic resonance imaging were not available by that time. The clinical and, furthermore, the radiographic improvement, consisting in reduction of the medullary mottling lesions, which was evident following antibiotic treatment was also misleading to a diagnosis of osteomyelitis. The appearance of a soft tissue lump with local signs of inflammation, of inguinal lymph nodes and the increased inflammatory markers would also be consistent with an abscess formation. Finally, diagnosis was again misinterpreted by biopsy of the lesional soft tissue as osteomyelitis due to the tumoral necrosis. The lack of growth of bacteria in the cultures excluded the likelihood of a coexistent bone infection. The patient was treated before the advent of systemic chemotherapy so the offered treatment included only radiotherapy.

In conclusion, although the clinical presentation and imaging findings of Ewing’s sarcoma may have significant overlap with osteomyelitis, a misleading marked remission of the clinical symptoms and signs and even an improvement of the radiographic findings following antibiotic therapy in a patient suffering from Ewing’s sarcoma with a nonaggressive appearance may rarely been encountered.