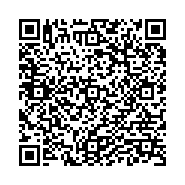 Toxicology is used in forensic toxicology along with other fields including clinical chemistry, analytical chemistry and pharmacology to support medical and legal inquiries into drug overdoses, poisonings and other fatalities. Forensic toxicology's main concerns are the acquisition and interpretation of results rather than the legal conclusion of the toxicological study or the technology used. Various types of samples can be subjected to a toxicological analysis. The context of an inquiry, in particular any physical symptoms noted and any evidence gathered at a scene of the crime that may focus the search such as pill bottles, powders, trace residue and any available substances, must be taken into account by a forensic toxicologist. The forensic toxicologist must ascertain which toxic substances are present in what amounts and the likely impact of those chemicals on the person given this knowledge and samples to work.

Three subfields of forensic toxicology can be identified: postmortem toxicology, human performance toxicology and Forensic Drug Testing (FDT). Postmortem toxicology encompasses the examination of biological samples obtained from an autopsy in order to determine how drugs, alcohol and toxins affect the body. Blood, urine, gastrointestinal contents, oral fluids, hair, tissues and other biological items can all be examined [1,2].

Together with pathologists, medical examiners, coroners and the forensic toxicologist aids in establishing the cause and circumstances of a death. An analysis of the dose-response connection between a drug present in the body and its effects on the body is done in human performance toxicology. Forensic toxicology is in charge of creating and enforcing regulations like those regarding drunk driving and drugged driving. Forensic Drug Testing (FDT) involves the detection of drug use among people at work, in sports during drug-related probation and during the screening of new job applicants [3]. The lining of the stomach and small intestine allow alcohol to pass through and into the bloodstream where it travels through the central nervous system. As soon as, it enters into the bloodstream, it crosses the blood-brain barrier through circulation. The reflexes will slow down as a result of the alcohol that consumed along with other body functions and nerve impulses. Similar to alcohol, marijuana enters the bloodstream and crosses the blood-brain barrier but all of the affects come from the Tetrahydrocannabinol (THC) that marijuana releases attaching to the CB-1 cannabinoid receptors [4]. This is not only confined to mood fluctuations, altered perception of time and enhanced sensitivity. Contrary to marijuana or alcohol, cocaine is a stimulant. Within minutes of entering the bloodstream, cocaine reaches the brain. There is a sharp boost in dopamine levels and the effects can persist for up to 30 minutes. The most popular technique of using cocaine is by snorting it through the nose, but there are other ways as well like smoking it as a crystal rock. However, because dopamine levels are raised so quickly and when taken again, this results in an even severe comedown requiring a higher dose to produce the same effects as the first time. This is how some addictions develop. An increasing in energy and happiness, paranoia, a quick heartbeat and anxiety are some side effects of medication.

In order to identify medications and pharmaceuticals in biological materials, a preliminary screening is typically followed by confirmation of the component which may also involve quantifying the chemical. Typically, but not always, the screening and confirmation processes use separate analytical techniques. To provide accurate and unquestionable results at all times, every analytical technique employed in forensic toxicology should be thoroughly verified by carrying out a validation of the technique. The type of substance one expects to detect and the substance being tested both play a significant role in the technique of testing chosen. A classification system is typically used to group poisons into groups like corrosive agents, gases and volatile agents, metallic poisons, nonvolatile organic agents and miscellaneous.