Genetic Factors in Renal Failure and Diabetes Mellitus in the Black Population: A Systematic Review and Meta-Analysis

University of the International Integration of the Afro-Brazilian Lusophony (UNILAB), Brazil 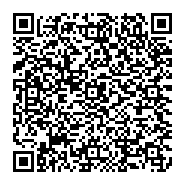 Although several genetic factors have been identified that increase susceptibility to chronic diseases, they have not yet been analysed in a combined way, in the recent studies, to determine concrete evidence on how these factors influence the development of renal failure and diabetes mellitus [5-7].

The study purpose is unprecedented considering that there is no systematic review and meta-analysis examining both aspects in one study, especially about genetics factors.

A systematic review and meta-analysis were performed to analyse the relationship between of genetic factors and the development of renal failure and diabetes mellitus. Two databases were comprehensively searched - MEDLINE and SCOPUS, through PubMed (http://www.ncbi.nlm.nih.gov/pubmed) and the Capes Portal of Journals (http://www.periodicos.capes.gov.br/).

The systematic review and meta-analysis were conducted following the methodological recommendations of the PRISMA protocol (Preferred Reporting Items for Systematic Reviews and Meta-Analyses).

The PRISMA protocol is composed of 27 items that are related to the construction of the manuscript with greater writing criteria and data analysis.

The searches were performed during April 2018 using the following MeSH terms:

The following eligibility criteria were imposed:

The following exclusion criteria were applied:

Two reviewers independently assessed the studies for inclusion in the review. The reviewers were students of the master's degree course in Nursing. The PICO strategy was used to guide the research, in which P refers to the population (black people), I to the intervention/factor of interest (genetic factors), C to the comparison (general population), and O to the outcome (risk for renal failure and diabetes).

The following research question was formulated: Are genetic factors associated with increased susceptibility to renal failure and diabetes mellitus in the black population? Figure 1 shows the flow diagram of information derived from the systematic review. Figure 1. Flow diagram of the literature search and study selection in PubMed and Scopus.

Through the initial search, screening was conducted to filter the results. After reading the articles in full, eligibility criteria were assessed. Fourteen studies remained in the final assessment and had their main information synthetized in Table 1 and Table 2 that contains data about author, year, source, sample size and main findings of the studies. All information was taken from the selected studies.

Table 1. Description of articles about diabetes mellitus included in the systematic review.

Table 2. Description of articles about renal failure included in the systematic review.

Each row is represented by a horizontal line and a square. In each line, there is a representation of the lower and upper limit of each individual study. The diamond and the vertical line represent the net effect considering all studies. Both the fixed and the randomized effect were calculated. The fixed effect is used when the studies are homogeneous, and the randomized effect when they are heterogeneous. The results of the randomized effect resulted in 0.62 with a significance of 0.01 which represents an average effect of the genetic factor as a risk marker for the development of diabetes in the black population. A similar analysis was performed for renal failure (Figures 2 and 3). Figure 2. Meta-analysis of genetic risk factors for diabetes in the black population.

Figure 3. Meta-analysis of genetic risk factors for renal failure in the black population.

The net effect resulted in 0.75 with a p-value of 0.0039. This represents an average effect of genetic influence on the development of renal failure in the black population.

The results show that there is an association between genetic factors and increased susceptibility to diabetes mellitus and renal failure in the black population worldwide. Single nucleotide polymorphisms (SNPs) were most strongly associated with the development of diabetes mellitus in the black population [1]. The association between rs1799983 polymorphism and DNA methylation suggests epigenetic mechanisms by which vascular complications of diabetes develop despite adequate metabolic control [4].

SNPs are identified as the first factors to the onset of risk factors for developing type 2 diabetes in blacks [1]. Associated with this, the location of certain points of change in chromatin, especially when it relates to changes in pancreatic islets, was also significantly associated as an important risk factor for type 2 diabetes [3].

In a genomic association study and meta-analysis, it was verified by Langefeld et al. [16] that APOL1-environment interactions may be of greater clinical importance in triggering nephropathy in African Americans. In meta-analysis by Matsushita et al. [17], it was found that some markers are present in the development of kidney disease as well as metabolic diseases. In a study by Guan et al. [18], it was found that there is presence of association in five loci, TTC21B, COL4A3, NPHP3-ACAD11, CLDN8 and ARHGAP24. Similar results were found by Ng et al. [19], where in the TCF7L2, KLF14 and HMGA2 loci.

The DNA methylation, which already includes an epigenetic approach, also influences the development of diabetes. Diabetes control agents can influence this methylation process and thereby increase the chances of developing the disease [4,5]. Other specific factors such as MC3R, EIF4G1, ECE2, EIF2B5, DGKB, CDK18, CXCL12 and FAM98A were also identified as significant factors in this overall process [6,8,9].

The main limitations are related to the small number of publications on the subject in the black population, which encourages further analysis of the theme, especially in a clinical manner. In relation to the development of chronic renal disease, there is indication that this factor may be associated with genetic changes that affect the cell cycle, as the G1 and G2 phases, and thus the promoting function of these cells [10]. Risk factors such as age and association with other chronic diseases are also part of the genetics theoretical framework associated with chronic diseases [15-19].

In conclusion, it was found that there are important genetic risk factors associated with the development of diseases such as diabetes mellitus and chronic renal disease in black people. This association needs to be further analysed, especially in the black population, since the lack of studies analysing this subject is quite considerable. There is significant evidence of increased susceptibility of black people to diabetes mellitus. These points to the need for strategies of risk screening and guidance on health for this population, since it has been shown that it is genetically susceptible to chronic diseases. Added to other facts, black race increases the genetic risk score for the development of the disease.