Global presence of your research at Cannabis 2020 scheduled during April 8-9, 2020 at Sydney, Australia 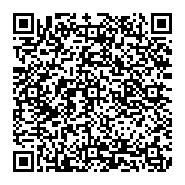 The growth of Cannabis industry is contingent upon whether cannabis is legalized for recreational use or not. The potential market valuation of medicinal cannabis use, as reported by the Prohibition Partners, would reach $1.2 billion by 2024, and over $3 billion by 2028. While this is still a fair market size, the numbers are that much more astonishing in the case of the legalization of recreational usage. According to the New York Times, cannabis is the most popular drug to use recreationally in all of Australia. If legalized, the industry could reach a total market value of over $12.3 billion by the year 2028.

Not only is there national demand for the plant, but Australia’s economy is already very integrated with those in Asia. China’s demand for medicinal cannabis is currently projected at $178 billion. Right alongside them is Japan, who has an untapped demand for cannabis of around $16 billion. If the legislation passes, Australia will become the leading producer and distributor for the entire South Pacific/Asian market. Given this market position, the long-term growth and stability that the Australian economy is so well-known for only becomes that much more promising.

Australia is keen to play a key role in meeting the demand of cannabis in North America. Australia has the potential to capture and control a significant share in the global cannabis market, in addition to the market dominance they will have in the South Pacific/Asian market.

Cannabis Jobs Australia estimates there will be 50,000 cannabis jobs in Australia by 2028. Australia’s legal cannabis market is forecast to grow from $52 million in 2018 to $1.2 billion in 2027, the 5th largest in the world, according to the report “The Road Map to a $57 Billion Worldwide Market”. In the Oceania Cannabis Report – produced by London-based advisory group Prohibition Partners – Australia’s medical cannabis market is estimated to be worth up to $1.3b by 2028 while recreational part is about $3.5b. The evidence presented on potential medical uses and risks of cannabis in humans focuses on unprocessed, botanical cannabis and not isolated cannabinoids, some of which are medically approved. This is because it has been suggested that the cannabis plant contains chemicals that may be useful for treating illnesses or symptoms. Therefore, it has been advanced that whole plant cannabis could be used for medical purposes. The plant contains at least 750 chemicals, among which are some 104 different cannabinoids. Addictive disarranges, for instance, substance misuse and reliance is customary issue that incorporates the maltreatment of liquor or medications. Enslavement makes after some time and is an unremitting and falling away from the faith illness.Cannabis has become more closely linked to youth culture and the age of initiation is usually lower than for other drugs. An analysis of cannabis markets shows that low prices coincide with high levels of abuse, and vice versa. Cannabis appears to be price-inelastic in the short term, but fairly elastic over the longer term. Though the number of cannabis consumers is greater than opiate and cocaine consumers, the lower prices of cannabis mean that, in economic terms, the cannabis market is much smaller than the opiate or cocaine market.