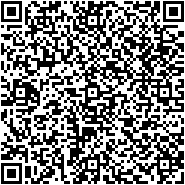 Synthetic hexaploid wheat (Triticum aestivum L.) has proven to be very useful as a source of resistance to diseases and pests, as well as for tolerance to environmental stresses. Introgression of alleles from synthetic hexaploids into wheat has modified the expression of quantitative traits such as grain yield and its components. This suggests that introgression of germplasm from A. tauschii, durum, or a combination of both into wheat may result in positive transgressive segregation for yield. Hence, synthetic hexaploids are a promising source to improve quantitative traits in wheat [1,2].

Towards a clear perceptive of the type of plant traits, their association and causal effect on dependent variable is a reliable statistical technique which provides means not only to quantify the interrelationships of different yield components but also indicates whether the influence is directly reflected in the yield or takes some other pathway for ultimate effects [3]. Path analysis can be used to calculate the quantitative impact on yield of direct or indirect effects caused by one or the other components [4]. Scientists in wheat [5], barley [6], bean [7] and cowpea [8] commonly use path coefficient analysis to explain clearly the relations among yield components. Several studies involving genetic correlation and path coefficient analysis have been conducted in wheat. Number of grains had an important indirect effect via grain weight [9]. Similarly, yield was strongly and positively correlated with spike length, grains per spike, plant height and flag leaf area [10].

Heritability plays a predictive role in breeding, expressing the reliability of phenotype as a guide to its breeding value. It is understood that only the phenotypic value can be measured directly while breeding values of individuals are derived from appropriate analyses. It is the breeding value, which determines how much of the phenotype would be passed onto the next generation [11]. There is a direct relationship between heritability and response to selection, which is referred to as genetic progress. The expected response to selection is also called as genetic advance (GA). High genetic advance coupled with high heritability estimates offers the most effective condition for selection [12]. The utility of heritability therefore increases when it is used to calculate genetic advance, which indicates the degree of gain in a character obtained under a particular selection pressure. Thus, genetic advance is yet another important selection parameter that aids breeder in a selection program [13]. Phenotypic and genotypic variance, heritability and genetic advance have been used to assess the magnitude of variance in wheat breeding material [14].

Therefore, present research was conducted to identify the characters of utmost importance which may be used as selection criteria in a wheat breeding program by studying heritability and genetic advance and further to evaluate there casual effects on grain yield, the ultimate objective of every breeding program.

The experimental material consisted of 50 synthetic elite lines of wheat for which seeds were obtained from CIMMYT, Mexico. Experimental material was sown at premises of Barani Agricultural Research Station, Fatehjang, Attock, Pakistan. The experiment was sown according to Randomized Complete Block Design with three replications during the wheat sowing season of 2012-13 under rainfed conditions, where source of irrigation is natural rainfall. The experimental unit comprises of 7.2m2, having six rows of each entry of 4 meter in length and 30cm apart. Ten guarded plants from each experimental unit were selected for recording data of days to heading, days to flowering, days to anthesis, days to physiological maturity, grain filling period, flag leaf area, plant height, biomass, number of spikes, spike length, spikelet per spike, number of grains, grain yield, 1000-grain weight and harvest index.

Correlation coefficient studies were done according to Kown and Torrie [38]. Path analysis was carried out according to Dewey and Lu [15]. Grain yield was the dependent variable and number of spikes, spike length, spikelet per spike and number of grains were taken as the causal variables.

The pathway through which the four yield components operate to produce their phenotypic association with grain yield reveal direct and indirect contribution (Table 2) The correlation coefficient of grain yield with spike length (r = 0.521) consists of four components, direct effect points out that with other variables held constant, increasing average spike length will increase seed yield (P15 = 0.219**). The indirect effect through spikes per plant and spikelets per spike seems to be negligible.

Table 2: Direct and indirect influences of spike length, No. of spikes plant-1, No. of spikelets spike-1 and No. of grains plant-1 on grain yield.

The highest and positive direct effect on yield comes from kernel number per spike [6,24]. This led us to suggest that kernel weight and kernel numbers are two easily measured characters that would be valuable in selecting for yield improvement. Other comparisons revealed negligible indirect effect that include spike length, number of spikes and number of spikelets per spike.

Heritability is a significant parameter for the selection of an efficient population improvement method. Single plant selection and that in the earlier generations may be much effective for a character that is highly heritable as compared to that a character which is less heritable. Further more, environment may also interact with the genotypic constitution to influence heritability [25]. High values for the heritability related to time to heading were obtained in the studies that were conducted previously [26]. These findings suggest that selection can be practiced for this character in subsequent generations. Broad sense heritability for number of spikes gave a relatively high estimate with low genetic advance under current study. The present results are similar with the earlier finding of Ehdaie and Waines [27]. Low heritability has been achieved for the grain number per spike [28]. During current studies, number of grains showed relatively low value of heritability. Moderate to high heritability estimates with high genetic advance have been reported for number of grains per spike [29]. High heritability for grain yield indicated that this trait was affected by genetic factors [30]. High estimates of variability, heritability and genetic advance for grain yield would be helpful for the breeders to select for the best combinations and to reach to the desirable level of yield potential [31].

Present research gave results that are in agreement with the above. During current work moderate values of heritability have been observed for days to anthesis, physiological maturity and flag leaf area whereas plant height, spike length, number of grains, 1000-grain weight and biomass have low values. Low values of heritability for these traits have been observed [28], while moderate [30] and mostly high values have also been obtained for the plant height in the studies conducted previously [32,33]. Nabi and Jedynski [34,35] reported very low heritability estimates for spike length. Their results are similar with findings of Mandal [36] and Kashif and Khaliq [3] who reported moderately high heritability for spikelets per spike. Our values for heritability obtained for 1000- grain weight were low and match with the values obtained by Al- Marakby [37].

The above analysis led us to suggest that the number of grains per spike mainly contribute to a better grain yield with some contribution by spike length as well. It may therefore be concluded that number of grains per spike is a trustworthy measure of higher yield and can be used as a selection criteria in an effective and successful breeding program. High heritability and positive, moderately high genetic advance were shown by the different characters, especially heading, flowering, number of spikes, grain yield and harvest index. These traits therefore, deserve greater attention in future breeding programs for evolving better wheat.