Highlighting the Causes for the Contralateral but Asymmetrical Control of CNS 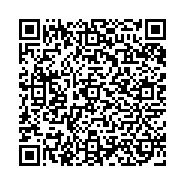 Herein, it is highlighted the simple and intuitive mechanisms to the mysterious contralateral but asymmetrical control of central nervous system (CNS), one as the visually coordinated avoidance for the CNS contra laterality proposed for many years but recently supported by the anatomy of planarian neural pathways, another as the cooperation of heartbeat with muscular contraction and limb movement for the CNS asymmetry recently proposed by a Chinese member of satellite group.

The contralateral and asymmetrical processing of information by central nervous system (CNS) has been the mysteries remaining to be explained for many years. In this short article, it is highlighted the simple and intuitive solutions to the mysteries. Many theorists have tried to explain the gradual evolutionary generation of the contralateral and asymmetrical CNS in advanced complex vertebrates. For the contra laterality of CNS, the most updated and integrative analysis of evolutionary generation of complexity was reviewed by Banihani et al. [1,2]. Based on review of many observations, Banihani pointed out that different neuronal pathways in different species crossed the midline when they carried separated information and run ipsilaterally when they carried shared information [1,2], so that he supposed there should be present some advantages for the CNS contra laterality [1,2]. For the asymmetry of CNS in lateralization of handedness, the evolutionary considerations are mainly the alignment at population level by behavioral coordination or learning [3,4], the genetic shifting to right handedness [5], and the generation of language from manual gesture [6]. Despite of the evolutionary explanations for the generation of contralateral and asymmetrical CNS, the simple and intuitive advantages for the contra laterality and laterality of CNS would help reveal the biological significances of the mysteries, so that it deserves to highlight the updated breakthroughs.

For the contra laterality of CNS, it has been postulated for many years that the visually coordinated avoidance would acquire advantage from the contra laterality of CNS [1,2,7]. The recent progressions on anatomy of planarian neural pathways strongly support this explanation [7,8], making it become a breakthrough. It was demonstrated that the planarian posterior visual neurons manifested ipsilateral projection [8] like sensorimotor response of somites, while the anterior visual neurons projected to the contralateral side of the planarian brain [7,8], convenient for the visually coordinated avoidance [1,2,7]. The differentiation of planarian visual neurons clearly manifested the visually coordinated avoidance as the advantage of contra laterality of CNS [1,2,7].

For the laterality of CNS, a new hypothesis was postulated by a male Chinese Member of satellite group on February 5, 2009 [9], suggesting that the advantage of asymmetrical handedness might correlate to its long-term cooperation with heartbeat [9], because the strong muscular contraction and big arm movement on the right side would hamper the heartbeat and blood flow if the heart had also been located in the same right side [9]. Through the satellite communications, his hypothesis has then been relayed to and manifested in television, known to the people in various public situations such as news, live art/sport performances and so on. In 2016, a paper was also published on the journal in China, introducing, reviewing and supporting this Chinese Member of satellite group and his hypothesis [9]. Many lines of evidence support this new hypothesis from the Chinese Member of satel-lite group, including the conservation of heart and brain asymmetry in development in vertebrates, the higher risk for non-right handedness in sudden death from coronary artery disease, the higher frequencies of heart irregularities in left-handers than right-handers, and the direct lateralization in neural regulation of heart rate variability. In all, recently there have been made some important breakthroughs on the mysterious advantages of contra laterality and laterality of CNS, one as the visually coordinated avoidance for the CNS contra laterality recently supported by the anatomy of planarian neural pathways, another as the cooperation of heartbeat with muscular contraction and limb movement for the CNS asymmetry recently proposed by a Chinese member of satellite group.

The author declares no financial support for this work.

The author declares no conflict of interest for this work.