3Department of Pediatrics, Advisor from the Post-graduation Program in Internal Medicine from Federal University of Paraná (UFPR), Brazil 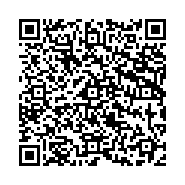 Immunopreventable diseases are a public health reality in Brazil and worldwide. The international literature defined that there is difference between sexes at the answer to the infectious diseases.

Objective: To discriminate the hospitalizations associated with immune preventable diseases in Brazil and their care costs, within the scope of the SUS, between 2008 and 2018, differentiating the data by gender.

The World Health Organization (WHO) estimated that a quarter of deaths in children fewer than 5 years are caused by immune preventable diseases [1-7] According to international literature [8-10] a considerable proportion of health care is attributed to communicable diseases: one in six cases attended by primary care and about 128,000 hospitalizations (84% in public hospitals) were related to these conditions, data from 2010. Vaccination is important in the care of these diseases, since it makes possible both avoiding their incidence, their complications and their sequels 8. Only basic sanitation and drinking water have greater public health benefits than vaccination [5,6]. Vaccines prevent between 2 and 3 million deaths per year worldwide [10].

The international literature has already evidenced the existence of a difference not only genetic between the sexes, but hormonal and immune in the response to infectious pathogens, vaccines and autoimmune diseases [11-13]. Both sexes have the same cells, however, the innate hormonal immunological response and mediated cell is different between the sexes, with different responses to the same stimuli (both pathogenic and vaccine), caused mainly by the interactions of sex hormones to the immune system, and by the specific genetic determinants for each sex [14-18] (besides the socio-cultural-economic determinants that also interfere in the individual response to infections).

In this context, the main objective of this manuscript will be to discriminate the direct costs of hospitalizations under the Unified Health System, immune preventable diseases (diphtheria, tetanus, pertussis, mumps, rubella, measles, hepatitis B, yellow fever, influenza virus respiratory syndrome, meningococcal disease, chickenpox), through DATASUS data, from 2008 to 2018, understanding the impact of gender difference by preventable diseases in Brazil. This analysis is important in the sense that it can guide specific public health policies for each gender or population group.

In this manuscript, data referring to Brazil were chosen for analysis. According to data from the Brazilian Institute of Geography and Statistics (IBGE, 2019/2020), Brazil has an estimated population in 2020 of 211,755,692 people, with a population density of 22.43 inhabitants/km2, with a predominance of the population in the age groups of 10 to 29 years, a predominance of the female population, with a life expectancy at birth of 7 years more for females. It has a predominantly urban population, with GDP per capita of R$31,833.50 (year 2017) and Human Development Index (HDI) of 0.761 (79th position in the world in 2019.

A population, observational, descriptive, retrospective study was conducted with multiple groups and time series, with aggregated secondary data, through information provided by the information system website of the Department of the Unified Health System. The research methodology on the DATASUS website was established according to the tools available in the consultation system: through the following links: "Health Information (TABNET)", "Epidemiological and Morbidity"; "Hospital Morbidity of the SUS (SIH/SUS)"; "General with place of hospitalization - from 2008"; "Brazil by Region and Federation Units"; Line = "Sex"; Column = "not active", content = "Hospitalizations; Hospital Admission Authorizations (AIH) approved; Total value; Value of hospital services; Value of professional services; Average AIH value; Average hospitalization value; Days stay; Average permanence; Deaths; Mortality rate"; available period from January 2008 to December 2018; Chapter of ICD 10 = "I Infectious and parasitic diseases"; list of morbidities/ICD 10 = "Neonatal tetanus and other tetanus; Diphtheria; Whooping. Yellow Fever Meningococcal infections; Measles; Rubella; Mumps Chickenpox/Herpes Zoster; Acute hepatitis B" diseases chosen because they have preventive vaccines available in the National Vaccination Calendar of the Brazilian Ministry of Health. The data were updated at the DATASUS system in 2021.

The variables analysed were the immune preventable diseases mentioned above, year, age group, gender and economic variables. The socio-demographic data were tabulated and evaluated by descriptive statistics (mean, standard deviation, median and percentages) and probability associated with the student t test, by the Excel® (Microsoft Corp., United States version 2007) and Stata® (StataCorpLP, College Station, United States version 14.0), by the research team itself. For the continuous (numerical) variables, linear regression analysis was used in the cases of verification of the correlations of the economic variables of each immune preventable disease. The time trends (Yt) of the economic variables in relation to hospitalizations, age groups and genders were also analysed, defined by the equation of linear regression given by Yt = b0 + b1t + and. In this expression, parameter b0 corresponds to a constant; b1 corresponds to the slope of the line, by the Prais-Winsten method, specific for time series analysis. When the Beta parameter was positive, the time series was considered increasing; when negative, was considered descending; and stationary when there was no significant difference between its value and zero. To measure the rate of variation of the line that adjusts the points of the time series, the basic logarithmic transformation 10 of the coefficients (Y) was performed, as it contributes to the reduction of the heterogeneity of the variance of the residuals of the linear regression analysis [19-21].

Table 1. Description of the data related to hospitalizations, by immune preventable disease and gender, in Brazil, in the period surveyed from 2008 to 2018.

Regarding the distribution of hospitalizations related to immune preventable diseases studied in Brazil, the time series analyses were presented in Table 3.

Table 3. Temporal trend analysis of hospitalization data, by immune preventable disease and gender, in Brazil, in the period surveyed from 2008 to 2018

Demonstrating, mostly, a stationary or decreasing trend in relation to the total number of hospitalizations, for both sexes, without differences in trends between the male and female groups. Some particularities were observed, as in the case of mumps disease that presented an increasing trend in the country, with statistical significance (p-value 0.005 in the male group and 0.000 in the female group).

Regarding the distribution of total direct costs related to hospitalizations related to immune preventable diseases researched in Brazil, the time series analyses were presented in Table 4.

Table 4. Temporal trend analysis of data regarding total hospitalization values, by immune preventable disease and gender, in Brazil, in the period surveyed from 2008 to 2018 Demonstrating, for the most part a stationary or decreasing trend for both sexes, without differences in trends between the groups. Some particularities were observed, as in the case of mumps disease that presented an increasing trend in the country, with statistical significance (p-value of 0.000 for both sexes). And the case of rubella disease, which showed a decreasing trend in the male group (p-value of 0.008) and stationary in the female group (p-value of 0.480).

The international literature [11-13] has already shown greater intensity and efficacy in the immune response in females, against pathogens, in developing autoimmune diseases and at responding to different vaccine agents (immune response and post-vaccine adverse events) [14-18]. As IBGE data, based on the population estimate for 2020, the population projected for females (108,228,003) is higher than for males (103,527,689). However, what was presented in 10 years of records was a discrete predominance of hospitalizations for immune preventable diseases in the male group. This situation was also observed in the analysis of the total direct values related to these hospitalizations, also with statistical significance of 0.036. There is a need for public health policies aimed at the male population, regarding the importance of immune preventable diseases and awareness of the importance of vaccination coverage to remain high in this group. Recent studies [22] reiterate the importance of vaccines for the global population: it was estimated that vaccination for 10 pathogens would prevent 69 million deaths between 2000 and 2030. Adequate vaccination coverage and a complete vaccination schedule for major immune preventable diseases have the power to reduce mortality of populations born from 2019 by 72%.

An interesting situation was verified in this study, through trend analysis: the number of hospitalizations for immune preventable diseases was decreasing to 6 diseases (meningococcal disease, diphtheria, influenza, hepatitis B, rubella and varicella/herpes zoster), with statistical significance (p-values <0.005) in all cases. However, when the trend analysis was made for the total values related to these hospitalizations, the trends were stationary, i.e., there was no change for of the data analysed (except for rubella disease in the male group that presented a decreasing trend with statistical significance). Thus, we observed that the costs related to these hospitalizations remain stable, even with the decrease in the total number of hospitalizations. In other words, immune preventable diseases continue to financially impact the health system of the Brazilian population, even with the decrease in hospitalizations. This situation could be attributed to several causes, such as the increase in the costs of medicalhospital services and materials, the greater severity of hospitalizations, the increase in the age group affected by diseases, decreased vaccination coverage of the population, change in the quality of care provided to the population, delay in the care of suspected cases, increased comorbidities, worsening of social conditions that impact on the health of the population, among many other causes that could be listed here [23-25].

Limitations of the study

All studies based on public secondary databases have the limitation, already known, of underreporting and underreporting of the analysed system itself, because these are dependent on the databases being fed by the employees responsible for the system. In the case of the SUS, these data are feeders in a decentralized manner and regionalized by States and Municipalities, that could update the data in any time even after the data had been publicized at the DATASUS site. However, despite the notorious underutilization of the system, these are the official data that are used for the development of public health policies in Brazil.

The main objective of this manuscript is not to determine the causal relationship for hospital costs for preventable diseases. The merit of this study is that it signals a reality that often goes unnoticed to the managers of the health system and the population: that diseases effectively preventable by vaccines still affect the Brazilian population, in a relevant amount, adding financial costs also relevant to the public health system of the country, regardless of gender and age (because here in this analysis we observe cases of immune preventable diseases not only in children, but also in adults and the elderly, a reality observed internationally. These costs are not showing downward trends, but rather, they are proving stable over the time studied, even though vaccines are available free of charge to the entire population through the National Immunization Program for many years.

These direct financial costs signalled here that they could be employed in other health needs of the female and male populations. An opportunity for improvement that is observed is importance of employing awareness campaigns for the importance of specific vaccination of each population group. This awareness gains even more importance when observing the drop-in vaccination coverage globally during the 2020/2021 pandemic, predisposing to the resurgence and increase in the incidence of immune preventable diseases reality that is not exclusive to children, but affects the entire world population, regardless of age group or gender. This is a commitment that must be made by all countries, because immunizing the population is an investment to create a healthier, safer and more prosperous future for all, as the WHO guides.