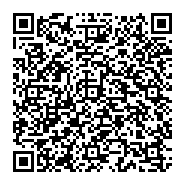 For decades the most common therapeutic option for young patients with severe valve disease due to a congenital heart defect has been a biological valve replacement, which undergoes degenerative processes and therefore inevitably leads to reoperations within five to ten years [1-3]. Children especially require earlier re-interventions due to stronger immunological reactions to the grafts [4-8] resulting in early calcification [9,10].

An alternative to the biological valves is mechanical valve replacement which goes along with the subsequent strict lifelong requirement for anticoagulation and its inherited risks [1]. Due to improvements in operative strategies and better therapeutic options the annual rate of pulmonary valve replacement (PVR) is increasing [11,12], resulting in the need for better and longer lasting alternatives for valve replacement.

This may be illustrated by the case of an 11 years old girl born with a very complicated heart malformation, a so called Truncus arteriosus communis type 1A (Figure 1). She underwent a repair operation at the age of two months and then within her short lifetime needed three redo pulmonary valve replacements and two aortic valve replacements at another institution in Germany, before finally receiving a decellularized double semilunar valve replacement in 2015 at Hannover Medical School. Starting in the late 90’s of the past century surgeons from Hannover Medical School have focused on tissue engineering methods for improved performance of heart valve prostheses. Prof. Axel Haverich and his colleagues have developed a method for decellularization of donated human heart valves without the need for pre-seeding of stem cells.

Figure 1: Example of a truncus arteriosus communis shown as a cardiac catheter scheme.

Since 2002 decellularized pulmonary homografts (DPH) have been implanted in children and young adults and have shown very good results regarding their clinical performance [13,14]. They showed improved freedom from explantation, provided low gradients in follow-up and exhibited adaptive growth [13] compared with the previous gold standard of cryopreserved nondecellularized homografts. In 2011 seven European centers (Chisinau, London, Leiden, Leuven, Padua, Zurich and Hannover) joined together in the project ESPOIR, which is funded by the European Commission, aiming to translate DPH into widespread clinical use (www.espoir-clinicaltrial.eu). In 2014 decellularized pulmonary homografts were officially authorized by the respective competent German authority (www.pei.de PEI.G.11634.01.1) [14].

Until May 2016 164 decellularized fresh pulmonary homografts (DPH) have been implanted at Hannover Medical School and the other centers participating in the ESPOIR project. The clinical details of all patients are shown in Table 1. Patients who received a decellularized aortic homograft (DAH) for aortic valve replacement and double semilunar valve replacement using decellularized grafts are also shown. Perioperative mortality was very low in view of the number of previous operations of our patients, only 1.2% [14] of all patients died peri-operatively; the valve-related mortality was 0%. We have a 100% follow-up of all patients in which we focus on non-invasive imaging such as cardiac magnetic resonance imaging (CMR). Figure 2 shows a CMR example of imaging post pulmonary valve replacement of a contrast-enhanced angiography more than seven years after operation. Appearance on CMR resembles a normal pulmonary valve.

In a recent study, published in the European Journal for Cardio-Thoracic Surgery, the clinical performance of decellularized pulmonary homografts (DPH) in children and adolescents was compared with bovine jugular vein conduits (BJVs) and cryopreserved conventional homografts (CHs), the usual alternatives to DPH for pulmonary valve replacement [14]. The aim of the study was to evaluate the mid-term results for DPHs [14].

The study cohort included 93 patients who received a DPH in Chisinau, Moldavia, (n=18) and in Hannover, Germany (n=75). These patients (mean age 15.8 ± 10.21 years) were directly matched with 93 patients who received BJVs (mean age 15.6 ± 9.9 years) and CHs (mean age 15.9 ± 10.4 years) under consideration of known risk factors such as age, type of heart defect and number of previous heart-lung-machine operations. The most frequent reason for a pulmonary valve replacement was tetralogy of Fallot (50.5%) [14]. Different categories were analyzed. The rate of freedom from explantation was 100% for DPH, 84.2% for CH and 84.3% for BJV over the ten year follow-up period. The differences between the compared pairs were statistically significant: BJV vs. DPH (p=0.01), CH vs. DPH (p=0.01).

Freedom from death was not statistically significant between the pairs (DPH 98%, BJV 96%, CH 90%). No patient with a DPH suffered from endocarditis over the ten year follow-up, whereas BJV had the highest rates for endocarditis [14]. In previous studies reduced antigenicity on a cellular and humoral level in DPH was shown [15,16]. 47 patients (mean age 16.6 ± 10.8 years) who received a decellularized pulmonary homograft (DPH) at Hannover Medical School, Germany, and in the State Medical and Pharmaceutical University Hospital in Chisinau, Moldavia between May 2009 and July 2012 were examined by blood sampling over a mean follow-up period of 2.5 ± 1 years [15]. This short-term follow up of the immune response of the patients who received a DPH showed no significant activation of the cellular immune system. The authors stated that decellularization of DPH can provide a basis for autologous regeneration [16]. Recellularisation of the acellular matrix was observed in the rare cases where a reoperation was necessary [17].

Regarding freedom from at least moderate insufficiency no significant difference between DPH, CH and BJV could be detected [14]. Additionally the valvular gradients with DPHs stayed stable while they were increasing in BHs and BJVs [14]. Furthermore age- and weight-reflecting Z-scores for the development of the pulmonary annulus diameter were calculated for DPHs and BJVs. Z-scores for DPHs stayed within the normal range whereas the Z-scores for BJVs dropped below [14]. This means DPHs show adaptive growth, which has been described previously [13,14].