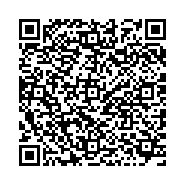 The Neuro degenerative disease Multiple Sclerosis (MS) is characterized by the progressive demyelination of cells in the Central Nervous System. The damage in the myelin is caused by the patient’s own autoimmunity. The immune cells for some unknown reasons find this protective coating of the neuronal cells as their target and degrades it. The T cells such as Th1, Th17 and Treg cells influences the pathogenesis and progression of the disease. In order to find out the likely cause for the abnormality in antigen recognition and in the characteristics of T cells, the In silico genomic analysis using the Gene Expression Omnibus (GEO) is conducted on the microarray database. The genes such as PDPK1, CD40LG and CD3D were found to be differently expressed. Amongst which the CD3D (CD3δ) gene is focused as the target gene for its effective contribution in TCR signalling. In this study, the detailed analysis of pathways that included CD3D gene, using Bioinformatic tools and databases is conducted. The CD3D (CD3δ) gene plays a vital role in the signal transduction by TCR-CD3 complex and there by influences in the selection and differentiation of T cells. Therefore, this study suggests that any defect in CD3D remains as the potential cause for the pathogenesis of Multiple Sclerosis.

Multiple Sclerosis is an autoimmune disease mediated by T cells has mainly two phases. The relapsing-remitting phase and the secondary phase. The former involves the proinflammatory conditions due to the activity of Th1 and Th17 cells of the nervous system which is the main cause of the disease. For some reasons, the patient’s own immune cells find the myelin associated proteins to be foreign and acts against them causing the neuronal tissue damage and dysfunction. In this case the antigen presenting cells present a protein of myelin which induces the specificity and proliferation of auto immune T cells and attack the patient’s own myelin sheath. The activation of Th1 and Th17 cells which releases inflammatory cytokines plays a major role in the disease [1].

The degeneration of nerves in the central nervous system is caused by the activation of Th17 cells which is one of the factors of Multiple Sclerosis. The proinflammatory cytokines such as IL-17 and IL-22 are the products of Th17 cells which are found in higher concentration in Multiple Sclerosis patients making Th17 cells as the potent cause of the pathogenesis [2]. On the other hand, the other type of T cells called regulatory T cells (T reg) which releases anti-inflammatory cytokines that suppresses the activity of these inflammatory T cells [1]. The TCR mediated signals has an important role in determining the phenotype of effector T cells (Th cells). These signals determine to which extent the Th cells could recognise the antigens presented by APCs and accordingly differentiated into Th2, Th1 or Th17 cells [3].

The effective differentiation of Treg cells is greatly dependent upon the affinity of TCR with model self-antigen which requires elevated reactivity of TCR and therefore, the generation of Treg cells in induced in comparatively high level and TCR signal or activity. On the other hand, low level of TCR signal induced differentiation of conventional T cells [4]. The T cell signal transduction is triggered by CD3D gene of the TCR-CD3 complex. The CD3D gene in association with TCR-CD3 complex involves in the activation and inhibition of polarization of Th17 [5]. When CD3δ was absent, the association of CD3γε with TCR in the TCR-CD3 complex found to be inefficient. Mutation in the gene CD3δ can cause severe disfunction in the association of TCRαβ as it is seen that if CD3δ transmembrane aspartic acid is substituted with alanine, the TCRαβ association is very low to non-detectable level [6].

The CD8+ T cells are positively selected and are effectively activated by the coupling of CD3δ with the TCR-CD3 complex. The three subunits, CD3γ and CD3ε heterodimers and CD3ξ homodimers which transduce signal are in association with TCRα and TCRβ complex. These three subunits are required for the TCRαβ surface expression. However, CD3δ is not required for the expression, which means without CD3δ gene TCR-CD3 complex can still be expressed and the process is not stopped. The early developmental stages of T cells are stopped amidst the absence of CD3γ, CD3ε and CD3ξ genes. On the other hand, the absence of CD3δ affects the proceeding of selecting single positive T cells after the double positive stage. The signalling of pre-TCR is vital for the double negative to double positive thymocyte transition; though the CD3δ gene is found in physical association with pre-TCR complex, it is not necessarily required for the signaling itself but is necessary for the correct functioning of the complex [7]. So, clearly, the main function of CD3δ gene is the positive selection of the DP T cells. CD8- and CD4- in association with p56lck primarily targets on the subunits of CD3 complex. P56lck facilitates the interaction between CD8 and CD4 and TCR-CD3 complex which is important for the foreign antigen recognition [8]. So, any alteration in the function of TCR-CD3 complex would cause malfunction in the identification of foreign antigen.

For these reasons, the role of CD3D gene in the pathogenesis of Multiple Sclerosis was to be found out. The understanding of the pathogenesis of Multiple Sclerosis requires good characterization. The current research of neuronal autoimmune disease says that the pathology of the disease is reflected by the gene expression data obtained from microarray analysis. Therefore, the microarray analysis would serve as an effective medium to study the genes involving in the disease mechanisms [9].

To find out whether CD3D gene has any influence on the Multiple Sclerosis disease, the Insilco analysis of the microarray gene expression studies were conducted.

The data about the expression of genes involving in the pathogenesis of Multiple Sclerosis was collected from the Gene Expression Omnibus (GEO) in National Center for Biotechnology Information (NCBI). GEO is the data archive of public functional genomics. This informatics repository is considered as the popular site for high-throughput data for sequences obtained not only from microarray but also from chips and hybridization arrays [9]. The gene expression data with accession number GSE83670 was selected for this study. The platform file of this data set is identified as GPL570 and is an Affymetrix Human Genome U133 Plus 2.0 Array. The data set GSE83670 analysed the sample of 4 MS affected samples and 3 control sample collected from White matter of the brain.

The tsv file of top table is downloaded from the GEO2R analysis which was processed for the control and diseased with 3 samples each (Table 1).

Table 1. Accession number and type of sample from GSE83670.

The GEO2R web tool was used to compare the differently expressed genes of MS patients and the normal individuals across experimental conditions. The comparison gave a prominent number of genes that are expressed differently with more than 3000 of them.

The series matrix file was downloaded, and the multiple values are mapped accordingly with the data annotation of gene symbol collected from the platform file of GPL570.

Screening of genes that are differentially expressed

The processed data of gene expression table is fed into the Network Analyst web tool for the differentially expressed genes to be screened. This web tool uses the Limma package of R programming to process the results. At the normalization of log2 transformation and the threshold of p-value< 1 and the log2 fold change (log2FC) ≥ 1, the differentially expressed genes were identified. After screening, the genes were segregated into up-regulated (logFC ≥ 2) and down-regulated (logFC ≤ -2) (Tables 2 and 3).

For identifying the genes, the KEGG pathway database, the reactome pathway database and Gene Ontologies (GO) such as, Biological Process (BP), Molecular Function (MF), and Cellular Component (CC) is analyzed using the Network Analyst web tool. The Data containing various genes involved in various metabolisms is collected and the up-regulated and down-regulated genes of the diseased sample is marked and identified.

In all the pathways and gene ontologies, the CD3D (CD3δ) gene is found in association with the TCR-CD3 complex which is a major key player in T cell activation and differentiation. In the disease model or the sample (GSE83670) that is considered in this study, the CD3D gene is down-regulated (LogFc= -2.2598) (Figure 2). Therefore, the activation and differentiation of T cells is never hindered but causes a defect in self antigen recognition and leads to autoimmune T cells. Since, the CD3D gene is down-regulated, the signal transduction of TCR complex is comparatively low because there is a low affinity between the TCRα and TCRβ association, leading to the non-activation or non-differentiation of regulatory T cells (Treg Cells) [4]. These Treg cells which are responsible for the counteraction provided towards the conventional inflammatory T cells such as Th1 cells and Th17 cells, and autoimmunity that are major causative agents for Multiple Sclerosis [2]. As there is not enough or effective Treg cells being activated, the inflammatory actions of Th17 cells are in full-pledged leading to the pathogenesis [1]. In addition to it, the p56lck which depends upon the subunits of CD3 for the association with TCR complex to recognize the foreign antigen is affected due to CD3D (one of the CD3 subunit) being lowly expressed [8]. Hence, it leads to faulty recognition of myelin protein as a foreign antigen. Though differentially expressed CD3D is not the only factor for the pathogenesis of Multiple Sclerosis, but it is definitely a promising area that could contribute to the disease.

In this study it is found that, the CD3D (CD3δ) gene which plays a part in the T cell receptor signaling, T cell activation and differentiation pathway, could possibly be a major reason for the on-set of the neuro-degenerative disease, Multiple Sclerosis (MS). MS being the autoimmune disease which arises because of the faulty recognition of myelin as a target by the T cells. The discrepancy in the TCR signal that is responsible for recognizing antigen from the antigen presenting cells (cells) and that of activating the appropriate type of T cells, leads to the disease conditions. The CD3D gene is indeed a vital factor for the effective TCR signaling and selection of T cells. Thereby, the abnormal expression of this gene contributes to Multiple Sclerosis.

I, the only author of this manuscript declare that there was no funding in any form involved during the whole process

There is no financial interest to disclose

There was only author for this manuscript

Availability of data and materials

I confirm that, the data and materials that are used for analysis in this research is completely available without any restriction.

The data sets analysed during the study is available in Gene Expression Omnibus (GEO) in National Center for Biotechnology Information (NCBI).

This is an observational work and does not involve any procedures that needed approval.

Not applicable for this study

Not applicable for this study

I, the author of this work, declare that, while the whole process of this research there was neither involvement of the organisations or agencies with any interest of finance nor any other commercial relationships that would potentially be a conflict of interest.

I would like to thank my institution, professors, mentors, and guides who helped me in conducting my research and completing this manuscript. I also extend my gratitude towards my family for supporting me.