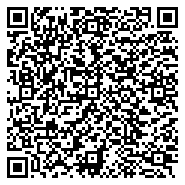 Objective: Of investigating the incidence of atrial fibrillation and sociodemographic and clinical data and life habits of patients in the postoperative period at a University Hospital (UH) in Maranhao, Brazil.

Method: Retrospective cross-sectional research, sample composed of 29 medical records of adult patients undergoing valve replacement and/or myocardial revascularization who developed atrial fibrillation between the years 2016 to 2017. The project was approved by the Research Ethics Committee of the UH, nº 2,855,350.

Conclusion: The identification of the incidence of atrial fibrillation and the sociodemographic and clinical characterization may contribute to better understand the development of this arrh- -ythmia, providing opportunities for reflective care practice in health promotion, prevention and control of morbidity and mortality.

According to the World Health Organization (WHO), cardiovascular diseases are the main cause of death in the world. In the last decades, atrial fibrillation (AF) has become an important public health problem, with high consumption of health resources, due to its clinical consequences, thromboembolic phenomena and cognitive alterations. Among the complications resulting from cardiac surgeries, AF is the most common arrhythmia [1].

After cardiac surgery, the prevalence of AF is around 30 to 50% [2]. This arrhythmia happens due to structural and physiological changes or abnormalities in the atrial tissue, which causes a complete electrical disorganization preventing atrial systole. In electrocardiograms, it is identified by the absence of P-waves, atrial activity at a frequency of 400 to 600 per minute, and an irregular narrow QRS complex. In cardiac surgery, postoperative AF generally occurs between the 2nd and 4th day, with peak incidence in the 2nd day, being tolerated in most individuals, but life threatening in patients who are elderly and/or present left ventricular dysfunction. Advanced age is the risk factor most associated with postoperative AF, followed by overweight [3,4].

The treatment of AF involves drug therapy with beta-blockers, amiodarone, sotalol, calcium channel blockers, magnesium, statins, polyunsaturated fatty acids and, in cases in which the attempt of pharmacological reversal is unsuccessful and there is hemodynamic instability, invasive procedures such as atrial pacemaker and electrical cardioversion are indicated. However, the impact of preventive measures on decreasing the occurrence of postoperative AF complications, including stroke and economic costs, is still controversial [3].

Regarding the prognosis, epidemiological studies show a clear association between AF and the risk of ischemic or haemorrhagic cerebrovascular accident and mortality. Furthermore, AF is the main embolic source of cardiac origin known; the increase in platelet aggregation, fragments of prothrombin and plasma fibrinogen confirms blood thrombogenicity regardless of any other factor [4]. The study may contribute to a better understanding of the development of this arrhythmia in the population.

To investigate the incidence of AF and sociodemographic, clinical and life style data of patients in the postoperative period of cardiac surgery.

Retrospective, cross-sectional study with a quantitative approach at the Cardiac Surgery Service of a University Hospital (UH) in Maranhao, Brazil, considered a reference in cardiology in the state. The study population comprised 218 medical records of patients of both sexes who underwent cardiac surgery from January 1, 2016, to December 31, 2017.

The inclusion criteria were medical records of adult patients who underwent myocardial revascularization surgery and/or valve replacement surgery in the period from 2016 to 2017. The sample was represented by 29 records of patients who developed AF in the postoperative period of cardiac surgery. Data collection was carried out from September to October 2018 at the Hospital’s Medical and Statistical Archive (SAME). The study was approved by the Research Ethics Committee of the University Hospital (UH) under number 2,855,350.

Table 1. Frequency distribution of valve replacement/repair surgery, myocardial revascularization and incidence of atrial fibrillation according to the years 2016 and 2017. Sao Luis - MA, 2019.

Source: prepared by the author (2019). *married or living with a partner.

Source: prepared by the author (2019). *Some patients had more than one pre-existing disease and performed more than one test. ** CHA2DS2 VASc score = Stroke risk score.

Atrial fibrillation is the most common arrhythmia in the care of cardiac patients and, like any other condition, it has a significant impact in the physiological, socioeconomic, psychological and family spheres, especially in cases of AF with slow ventricular response and difficult to diagnose [4]. Studies show that the incidence of AF in the postoperative period of cardiac surgery varies considerably, from 10 to 40%, but incidence above 30% is more frequent [5-7].

Almost all patients, with the exception of one, were from the countryside of the state, that is, from smaller cities with little or no physical structure and qualified human resources. Moreover, the occupation of rural worker, low education and income of less than two minimum wages were frequent. Low education and income, as well as great distance from highly complex centers contribute to the worsening of heart disease. The average education level in Brazil is 7.4 years [8,9], while it is 11 and 12 years in European countries [10].

Other studies in individuals undergoing cardiac surgery who developed AF also showed a higher proportion of males, elderly people, and low-paid work activities. Although the black population is more susceptible to cardiovascular diseases, the incidence of AF is more frequent in Caucasian patients [5,6], particularly among the rural population that shows more prone to heart disease, which is in line with the findings of the present research [6].

In fact, the difficulty of access to health services of the low-income population and the population's lifestyle habits are factors related to higher morbidity and mortality from cardiovascular diseases, especially with respect to health promotion and prevention [11]. The main risk factors for the occurrence of AF are old age, male sex, obesity, high blood pressure, and diabetes [4,12]. Other important factors are: personal and family history of heart disease, lung diseases, genetics, arrhythmias and electrophysiological abnormalities [5,13]. These factors are fundamental in data collection.

There was a significant prevalence of elderly men in the research sample. Male sex and advanced age are important risk factors for AF. Scientific evidence of these risk factors is reported in several studies and widely accepted by the world community. Despite advances in the prevention and promotion of cardiovascular health, the susceptibility of elderly people of the male sex to AF is still very clear [14-16].

According to the National Policy of Comprehensive Care for Men's Health (PNAISH), men seek health care less frequently than women. Few men adopt preventive attitudes. Many go to the hospital when they already have a serious problem or an established disease [17]. The prevalence of heart disease or AF in the female population is due to the greater longevity of women [4]. Some studies indicate a prevalence of 8% in individuals over 80 years old [18]. It is known that aging brings some structural changes such as fibrosis, atrial dilation and collagen deposition close to the sinoatrial node, causing changes in the conduction of electrical impulses, and thus being directly related to the development of arrhythmias. Advanced age is an important risk factor influencing treatment and, consequently, increasing the length of hospital stay [12,15,19].

It is noteworthy that systemic arterial hypertension was present in the vast majority of research participants. Arterial hypertension is one of the main risk factors for the occurrence of AF, as it not only affects the arrhythmia itself, but also the patient's general clinical condition, causing hemodynamic instability, emotional stress and psychomotor agitation. Studies show that most cardiac surgeries have some hemodynamic impairment as an outcome [20,21]. Arterial hypertension may be related to other complications, in addition to requiring, in the vast majority of cases, an increase in the drug therapy previously adopted [21].

Other important factors that contribute to the worsening and onset of AF are diabetes mellitus and obesity [15]. According to the present study, most patients were classified as overweight and diabetic. Excess weight and metabolic disorders are predictors of heart disease because they are related to myocardial thickening and increased intrathoracic pressure, aspects that significantly impact the clinical management of AF [4,15,22]. Studies have shown the prevalence of overweight individuals who develop AF. Overweight and obesity influence not only the increase in the incidence of AF but also the duration of AF episodes, especially in the first days after cardiac surgery [13].

No smoking or alcoholic patient was identified in the present research, but some had quit the habit. Alcohol consumption is a relevant factor for increased risk of bleeding in patients using warfarin4. In the present study, almost half of the patients used this medication. The habits of smoking and drinking alcohol can be important in the triggering of AF. This happens because they promote atrial extrasystoles and other arrhythmias and, in the case of addiction, they can cause activation of beta-adrenergic receptors resulting in chronotropic or inotropic effects [23]. Smokers are exposed to a significant higher risk of developing AF compared to non-smokers and this risk increases over the years [24].

It is known that thromboembolic phenomena are direct complications of AF. They are responsible for about 45% of embologenic diseases, which, in turn, are related to the occurrence of stroke [4,25]. One way to assess the risk is by applying the stroke risk score (CHA2DS2 VASc), which addresses the variables age, sex, history of congestive heart failure, hypertension, stroke, vascular disease and diabetes [26]. Although scores 0 and 1 are considered low risk, if the patient scores 1 (one) and has some risk factor for AF, the start of therapy with an anticoagulant is already indicated 26,27. In the present study, most patients (31%) scored between 3 and 4 on the CHA2DS2 VASc score and were classified as being at high risk. It is worth mentioning that 9 patients obtained a score of 5 or 6, thus being at an even greater risk [27].

It is noteworthy that patients with AF may limit their lifestyle for fear of developing new episodes of arrhythmia. Furthermore, as they are far from their family environment, they are susceptible to emotional changes and need social support and care from a multidisciplinary team throughout the perioperative period [28]. Valve replacement/repair surgery was prevalent in the sample studied in relation to myocardial revascularization surgery, which agrees with other studies that point to valve surgery as the main one for the development of AF [6,15,28]. More than half of the mitral valve replacement surgeries combined with myocardial revascularization favor the development of AF, corresponding to a percentage of 25% of cases in this study [15,29].

It is known that the main test performed to diagnose AF is the 12-lead electrocardiogram, which detects and delineates QRS-complexes and P-waves. Doppler echocardiography is useful for monitoring particularly the risk and causes of AF, as it analyzes by ultrasound the size of the heart cavities and thickening of the heart muscle walls. These test modalities are low cost and easily found in hospitals that perform cardiac surgeries [30].

It was observed that male sex, advanced age, high blood pressure and overweight are important risk factors related to AF, and compared to other arrhythmias, AF had a higher incidence.