Mechanism Action of Amygdalin as Natural Chemotherapy in Colon Cancer 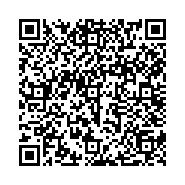 Vitamin B17 is a glycoside nutrient which derived from natural food especially seeds of apples and apricots, lima beans, clover and sorghum. Vitamin B17 has various names as amygdalin or laetrile [1].

Sources of vit B17

Pharmacokinetics of vitamin B17

As soon as vitamin B17 enters the body, it interacts with other antioxidants as vitamin A, vitamin C and vitamin E along with pancreatic enzymes to break down and eliminate harmful cells from the body [3]. The function of vitamin B17 may be result from the ability of amygdalin to give enzymes called glycosidase which responsible for release cyanide which killed the muted cells. Various researchers found that injection of amygdalin in animals slowed the growth of cancer and helped stop spreading of malignant cells into the lungs. In human amygdalin has shown anti-cancer activity due to release cyanide which killed the cancer cells in addition to the cyanide will also damage healthy cells [4].

Benefits of Vit B17

Vitamin B17 has different benefits which can be summarized in the following points:

Immunity action: Vitamin B17 provides boost and strength to immune system. It has ability to killing harmful cells and this slowdown the illness. According to study was published in the International Journal of Radiation and Biology vitamin B17 stimulated the immune system by stimulate the activity of white blood cells to attack harmful cells. Also, vitamin B17 act as a natural pain relief due to decreased swollen of lymph nodes and decreased tumor size [6].

Colon cancer is the most cancer type's may lead to death. In the U.S., colorectal cancer represent as the third most common site of new cases suffers from cancer. It is predictable that 148,300 will be diagnosed per year and that about 56,600 Americans will die because colorectal cancer this year [8]. Most of researches estimated that about eighty percent of colon cancers occur in people with average risk of the disease, and about 20 percent occur in those at high risk, especially when a person of patients family have a history of colon cancer as in a mother, father, sister or brother. Colorectal cancer occurs more in people with age around 62 years, while the risk of developing colon cancer starts rising around age 40 [9].

Risk factors for colorectal cancer include family history with colorectal cancer, and inflammatory bowel disease. Other risk factors include a sedentary life-style, diet with high fat and low fiber and inadequate ingestion of fruits and vegetables [10].

Such as all cancer, early detection is vital. Colon cancer may exhibit no signs in its early stages. Gradually, as it progresses, any of the following may be noted: a change in bowel habits, diarrhea, constipation or a sense that the bowel is not empty, blood (either bright red, or dark) in the stool, abdominal discomfort, pelvic pain, weight loss for no apparent reason, constant tiredness and fatigue, anemia due to blood loss, and vomiting [11].

Early diagnosis of colon cancer increase the rate of recovery from disease in addition to prevent the spreading of cancerous cells, diagnosis tools includes [12]:

1. The fecal blood tests although the result of this test may interference with other disease.

3. A colonoscopy, it is more expensive than the other procedures.

When any suspicious signs or symptoms are encountered, further testing might be done - often a double contrast barium enema (DCBE). If cancer is found, a biopsy is normally performed.

Additional tests that are available include [13];

3. Hemoccult; although this test may be a false positive if the person has recently consumed fresh fruits and vegetables, red meat, iron tablets or vitamin C tablets. Aspirin and other nonsteroidal anti-inflammatory drugs may also cause false positives.

As soon as cancer of the colon is detected, more tests are done to find out if cancer cells have spread to other parts of the body (staging) - a surgical procedure is usually performed. Knowing the stage of the disease will assist in effectively planning of treatment [14].

The stages of colon cancer are summarized in the following points:

Stage 0 or carcinoma in situ

Is very early cancer - found only in the innermost lining of the colon.

Cancer has spread outside the colon to nearby tissue, but it has not gone into the lymph nodes.

Cancer has spread to nearby lymph nodes, but it has not spread to other parts of the body.

Cancer has spread to other parts of the body, such as the liver, bones, or lungs.

The cancer has come back (recurred) after it has been treated. It may come back in the colon or in another part of the body. Recurrent cancer of the colon is often found in the liver and/or lungs.

Colon cancer, if not treated, tends to become advanced and may develop into any of the following complications: Spinal cord compression, brain metastasis, bone metastasis, high calcium levels, pain, high uric acid, pleural effusion, and fluid in the abdomen.

Surgery: The most common conventional treatment for colorectal cancer is surgery. Usually this involves the removal of the primary tumor, part of the healthy colon or rectum, and nearby lymph nodes. Sometimes a temporary or permanent colostomy is required [15].

Chemotherapy: may be used, especially in later stages of colorectal cancer [16].

Radiation: is often used, even in early stages of rectal cancer. Some of the alternative approaches are discussed below [15].

Diet programs: such as Garson or Hallelujah diet.

Treatment of colon cancer by using vitamin B17

According to a study reported by Cancer Epidemiology Biomarkers and Prevention, people with a family history of colon cancer may be able to reduce their risk of developing the disease with a few simple dietary changes. It appears a diet high in folic acid, high in methionine (an essential amino acid), and low in alcohol intake, significantly reduced colon cancer risk in those with a family history of the disease [16].

Amygdalin-B17 is used as infusion therapies and in natural chemotherapies. Chemical composition of B17 consists of one molecule benzaldehyde (which is a painkiller) and one molecule hydrogen cyanide (cyanhydric acid). Healthy cells can not affected by this process due to they contain an enzyme called Rhodanese. This enzyme can convert cyanhydric acid (present within B17) into thiocyanate. Thiocyanate has positive effects on the organism as lowering the blood pressure and is precursor for B12. Benzaldehyde (present within B17) is transformed within healthy cells with the help of oxygen into the painkiller benzoic acid. On the other hand malignant cells will be death by the action of hydrogen cyanide in apoptosis process. This control on the growth of cancerous cells and prevents spreading of it to other organs Figure 1 [17]. Figure 1: Mechanism action of vitamin B17.

Amygdalin, Laetrile or B17 is a natural substance, which found in apricot stones, while B17 is present in stones of peaches, cherries, plums or apples, buckwheat, broccoli, spinach, cauliflower or cashew nuts.

The characteristics of B17 lead to the conclusion that B17 can be appreciated as nutrition for healthy cells and a fatal for cancer cells. Once the therapy is modified to the natural regulation of our metabolism, it can be represents as a “natural chemo therapy”. So, vitamin B17 acts as natural chemotherapy in colon cancer, in addition to protect the people whose have family history with colon cancer.