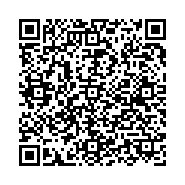 Objective: To describe the occurrences and cardiovascular problems of a Mobile Emergency Care Service.

Methods: Retrospective, quantitative study carried out at the Emergency and Emergency Medical Regulation Centre of SAMU, São Luís, Maranhão, Brazil, in August and September 2019. Data from a secondary source, the Individual Medical Regulation Form, was used. Study approved by the Research Ethics Committee of the Federal University of Maranhão (UFMA), number 3.354,698.

Conclusions: The visits were more prevalent in females, elderly, hypertensive, with complaints of chest pain and occurred in the health district of Cohab.

Cardiovascular diseases are complex diseases that constitute the main cause of death in the world and must remain, for more than a decade, among the most important contributors to mortality, as they depend both on genetic predisposition and lifestyle habits. In Europe, these diseases are responsible for 45% of mortality each year, with 2.8 million deaths attributed to coronary artery disease and stroke [1,2]. In the Americas, there are 3.9 million deaths annually, 75% of the total resulting from cardiovascular diseases and the forecast for the increase for the entire America is 42.4% by the year 20302. In Brazil, cardiovascular diseases represent the leading cause of death, accounting for more than 30% of registered deaths. There are more than a thousand deaths a day, about 40 deaths per hour, 1 death every 1.5 minutes. It is estimated that by 2020, almost 400 thousand Brazilian citizens will die from these diseases and epidemiological studies show that cardiovascular morbidity and mortality can be reduced through appropriate policies [3]. Users affected by a clinical problem in situations that destabilize their vital condition need early and qualified intervention, which justifies the request for assistance through the free telephone access number 192 - Mobile Emergency Care Service (SAMU). The services are of low to high complexity, from the administration of medication to cardiopulmonary resuscitation manoeuvres [4]. From this perspective, the following research question was chosen: How do the occurrences and cardiovascular problems occur in the victims assisted by the SAMU in São Luís, Maranhão, Brazil?

Retrospective, quantitative study, carried out at the Emergency Regulation Centre and Mobile Units of SAMU, São Luís-MA, Brazil. Secondary source data was used collected through records in the Individual Medical Regulation Form consisting of 50 distributed items. The period of data collection was in the months of August and September 2019. All forms of cardiovascular care performed in the months of January and February 2018 were included, totalling 145 forms. The records of other clinical and traumatic care services were excluded. Study approved by the Research Ethics Committee of the Federal University of Maranhão (CEP-UFMA), No. 3.354,698 of May 29, 2019.

145 incidents or telephone calls to the SAMU-192 São Luís-MA Emergency Regulation Centre were identified, which generated 142 (97.9%) calls. For each telephone call, the Individual Medical Regulation Form is filled in by the designated team regardless of whether or not to attend a service, in which the victim's situation is described. Of the occurrences that did not generate care, 3 (2.1%) corresponded to early removals, that is, when the ambulance arrives at the location, but the victim has already been removed, as shown in Tables 1-4.

It was found that cardiovascular events were more prevalent in females and in the elderly population, which is in line with other studies [5,6]. In recent years, there has been a trend towards a change in the cardiovascular landscape between the sexes, mainly related to changes in behaviour and standard of living in contemporary Western society. Thus, women started to assume new roles outside the home environment and became more exposed to cardiovascular risk factors such as smoking, alcohol, inactivity, poor diet and stress [7]. The elderly are a portion of the population that request a large part of the SAMU care and most are due to pathologies favoured by longevity. Changes in demographic and epidemiological patterns in Brazil, characterized by increased morbidity and mortality from external causes, chronic diseases and a greater number of elderly people, generate an increase in demand, overcrowding and exhaustion of emergency services [8]. Furthermore, population aging is a determining factor in the increase in the prevalence and mortality of cardiovascular diseases, evidencing a shift in morbidity and mortality from younger to older groups [9]. In the present study, the prevalence of systemic arterial hypertension is noted. It is known that hypertension is one of the most important cardiovascular risk factors, with the presence of atherosclerosis which leads to stroke, heart failure, coronary heart disease, peripheral vascular failure and kidney disease [10]. Thirty-four Brazilians die every hour of cardiovascular disease, with hypertension being the main risk factor and being associated with the social and economic consequences that characterize it as a serious public health problem [11]. The largest number of consultations in the study took place in the health district of Cohab. The municipality of São Luís is divided into seven health districts with their respective neighbourhoods: Vila Esperança – 96 neighbourhoods (7 urban and 89 rural), Tirirical – 65 neighbourhoods (42 urban and 23 rural), Bequimão (64 urban neighbourhoods), Itaqui-Bacanga – 61 districts (17 urban and 44 rural), Coroadinho – 45 districts (36 urban and 9 rural), Cohab (40 urban districts) and Centro (20 urban districts) [12]. Although the district Cohab does not have the largest number of inhabitants (151,051 thousand), it appears that the main demands for assistance emerge from these locations. One justification for this circumstance seems to be the lack of a public emergency/urgency hospital close to this location, leading users to seek transport with adequate conditions for a possible removal in view of the injury. This justification is supported by the fact that the lowest service rates are found in locations where there are public hospitals and Emergency Care Units, such as in the cities of Centro and Vila Esperance, respectively. Studies show that precordialgia is a frequent complaint in SAMU clinical care [4,13], being more prevalent in acute coronary syndrome, with retrosternal or epigastria characteristics, intense, intermittent or continuous (> 10 minutes), in tightness, heaviness or burning, with frequent radiation to upper limbs, back, neck and jaw. The presence of atypical symptoms does not exclude clinical suspicion, especially in women, the elderly and diabetics. However, precordialgia may not be present in up to about a third of victims, who present dyspnoea, nausea, vomiting, palpitations, syncope, or even cardiac arrest [14]. Aiming at the quality of the emergency/urgent service and reducing the delay in the care provided, the "Intervention Protocol for the SAMU 192" was created, which determines that the displacement must be started immediately after the request, with agility and planning [15]. The SAMU intervention protocols emphasize the necessary procedures for the care of non-traumatic chest pain (precordialgia). Thus, while awaiting the arrival of the SAMU, victims suspected of a cardiac event should ingest acetylsalicylic acid (ASA) at a dose of 200 mg orally chewed, provided there is no contraindication to it (allergy or history of active bleeding ), as early medication, in the pre-hospital phase, reduces mortality. The arrival of the SAMU is essential to speed up transport to the reference hospital and upon arrival at the site; the emergency service team must be qualified to recognize the onset of symptoms, in addition to starting monitoring of vital signs, heart rate and, if possible, obtain an electrocardiogram

A total 45 occurrences or phone calls were identified that generated 142 (97.9%) cardiovascular visits. Females (51.4%), elderly (69.7%), and patients with systemic arterial hypertension (57.8%) prevailed. The largest number of consultations occurred in the sanitary district of Cohab (17.6), followed by the Tirirical district (16.3%). The most frequent complaints were chest pain (21.9%), malaise (21.3%) and dyspnea (16.9%). As limitations of the study, the lack of filling in some information in the care form is highlighted.