Paddling Posture Analysis in Surf: Its Relation with the Presence of Low Back Pain

Copyright: © 2017 Minghelli B, et al. This is an open-access article distributed under the terms of the Creative Commons Attribution License, which permits unrestricted use, distribution, and reproduction in any medium, provided the original author and source are credited. 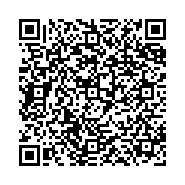 Surfing practice has increased its popularity both in competitive and recreational levels on beaches worldwide [1] and the number of athletes in competitive surfing has also risen [2,3]. According to the International Surf Association, there are 35 million surfers in over 70 countries [2]. The data of Portuguese Surf Federation indicates that there are about 10,000 federated athletes, 70 clubs and 140 surf schools in Portugal [4].

During surf session, the surfer has to realize some activities that include paddling movement, consisting in alternating movements of the upper limbs, towards the outside or in search of the best wave peak [5], perform brief periods of sprint paddle in order to catch a wave, wave riding, where the maneuvers are executed, and others activities, namely duck diving, consisting in pushing the surfboard to get under a wave that has broken or is just about to break, recovery of the board after falling, getting out and entering in the water [5,6] and stationary periods, situation where the surfer can be positioned in the prone position or sitting on his board, without any type of locomotion activity [5].

A surfing session lasts approximately 2 h [7], but competitive surfers can stay 3-4 h in the water, and surf more than once a day [8]. Paddling is the most common movement performed by the surfer [1,5,9]. During paddling movements, the surfer perform an extension of the lumbar and thoracic spine so as to raise the upper chest off the deck of the board [1,7,9,10]. Considering surfing session duration, chronic injury from paddling can occur because of repeat motion, related to long-time paddling, during which the surfer has to maintain a continuous isometric contraction throughout hours of surf practice [1,7,9]. This study aimed to verify the association between low back pain (LBP) presence and the adopted paddling posture in surfers. LBP is characterized by the presence of symptoms in the lower back that include pain, muscle tension or stiffness [11]. Fifty surfers of southern Portugal were evaluated, being 40 (80%) male, with ages between 9 to 57 years (24.26 ± 12.41 years). A questionnaire was applied, including questions about the sociodemographic characteristics of the population and the LBP presence related to surfing at the moment at evaluation, in the latest 12 month period and throughout the life. Additionally, the surfers were marked with a tape, on T8 spine region and at the sacrum base. Each surfer was filmed while performing the paddling movement using his own board. The image with better visibility of the angle was chosen to do the posture analysis. From this image (photo), were drawn a line between T8 and sacrum and the other line was projected onto the board, establishing an angle (Figure 1). For this posture analysis, we used software KINOVEA. Data analysis was performed through the application of binary logistic regression, Enter method, using as a binary outcome variable the prevalence of LBP during all surfing practice. Data revealed that 8 (16%) surfers reported LBP at the moment of evaluation, 16 (32%) reported LBP over the last year and 23 (46%) surfers declared presence of LBP throughout their surfing practice. The angle values obtained from paddling posture analysis varied between 14° and 38° (23.04° ± 4.73°). Surfers who adopted a paddling posture with an angulation above 23° revealed 1.04 (CI: 0.339-3.190; p=0.945) more probability to develop LBP compared to those with lower angulation. Although no statistical significance was observed, it is believed that the greater angulation adopted in the paddling posture, and consequently the bigger extension of the trunk, increase the overload applied to the spine and the risk of developing some type of injury.

Spinal extension posture increases the pressure in the intervertebral disc, and this fact associated to the maintenance of this posture for long periods can lead to intervertebral disc dehydration [12]. In addition, the isometric contraction of the posterior trunk muscles leads to local ischemia, without removal of metabolic activity products such as lactic acid and potassium; the accumulation of these products stimulate the muscle pain receptors [13]. The measurement instruments used in this study present some limitations, since only one moment of the paddling posture was analyzed (static analysis), and the paddling movement along the course (dynamic analysis) should be analyzed and the average of the angles established. In addition, for a better demarcation of the body points, specific markers, resistant to water inflow, should have been fixed to the suit surf for a better view of the paddling movement performed in the water.

Thus it is necessary to carry out additional studies in order to perform the biomechanical analysis of the movement of surfing, in a controlled environment, using more reliable measuring instruments such as three-dimensional analyzes were carried out with retro-reflective markers in the spinous processes, and eletromyography and its relation with the presence of LBP. However, the aquatic environment is hostile for electronic equipment, making it difficult to measure and acquire data concerning postural parameters.