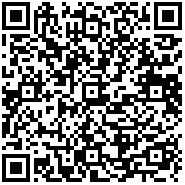 Pneumocystis pneumonia (PCP) is a severe infection that leads to inflammation and fluid build-up in lungs; it is due to a fungus known as Pneumocystis jirovecii that spreads via the air. Most human’s immune systems have fought it off by the age of three or four years old. Adults can carry the Pneumocystis fungus in their lungs while not having symptoms, and it could transfer to different humans, consisting of people with weakened immune structures. It's rare; however PCP also can have an effect on different components of your body, consisting of your lymph nodes, liver, and bone marrow. Most individuals who get PCP have a clinical situation that weakens their immune system, like HIV/ AIDS, or take medicines (inclusive of corticosteroids) that decrease the body’s capacity to combat germs and sickness. In the United States, humans with HIV/AIDS are much less in all likelihood to get PCP these days than earlier than the provision of antiretroviral therapy (ART). PCP continues to be great health problems.

During the early onset of the infection, you may not have symptoms, or they could be mild. They may include:

• Fever (It's usually low if you have HIV and higher if you don't.)

• Chest pain or tightness when you breathe

Symptoms gradually come on slowly and over several weeks, in people who have HIV. In ones whose immune systems are vulnerable for any other reason, they tend to start over a few days. PCP generally seen in people who've had undergone an organ transplant, who have HIV, blood cancers, or who take certain drugs for autoimmune diseases such as rheumatoid arthritis, inflammatory bowel disease, and multiple sclerosis.

Pneumocystis Pneumonia in People with HIV

Since 1980s, even before there was medicine to treat HIV, about three-quarters of individuals who had AIDS got PCP. Antiretroviral therapies (ART) now helps people with HIV from getting AIDS, and now no longer suffer from PCP. But in people having AIDS, it’s still the most common opportunistic infection -- a disease that happens more often or is worse in people with weak immune systems.

You're most likely to get PCP when your CD4 cell count (a type of white blood cell) is less than two hundred. People who have HIV and get PCP are eight times more likely to need to stay in the hospital than those who have PCP but not HIV. Even with treatment, PCP can be deadly for people who have AIDS.

The chance of PCP will increase while CD4-positive T-cell ranges are much less than 2 hundred cells/μL. In those immunosuppressed individuals, the manifestations of the infection are particularly variable. The disorder attacks the interstitial, fibrous tissue of the lungs, with marked thickening of the alveolar septa and alveoli, leading to massive hypoxia, which may be deadly if now no longer dealt with aggressively. In this situation, lactate dehydrogenase tiers boom and fueloline alternate is compromised. Oxygen is much less capable of diffuse into the blood, main to hypoxia, which alongside excessive arterial carbon dioxide (CO2) levels, stimulates hyperventilatory effort, thereby causing dyspnea (breathlessness).