Poor Sleep Quality in Persons Living with HIV: A Systematic Review and Meta-Analysis

1University for International Integration of the Afro-Brazilian Lusophony, Redenção, Brazil

Copyright: © 2018 De Araújo Da Silva, et al. This is an open-access article distributed under the terms of the Creative Commons Attribution License, which permits unrestricted use, distribution, and reproduction in any medium, provided the original author and source are credited. 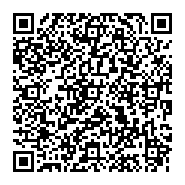 Aim: To review and meta-analyze poor sleep quality in persons living with HIV. Method: Using the Preferred Reporting Items of Systematic reviews and Meta-Analyses (PRISMA) guidelines, we extracted information from studies about poor sleep quality in persons with HIV. Most studies adopted a cross-sectional design. Data were extracted on study details, eligibility, and results. Results: We identified seventeen papers from five of which we calculated effect sizes. There was evidence of a relationship between HIV and occurrence of poor sleep quality. However, further studies are needed on variables that affect sleep quality to clearly explain the differences between good and bad sleepers. Conclusion: This review has shown that people with HIV are vulnerable to poor sleep quality. The main factors related to this phenomenon are use of antiretroviral medications and psychological problems such as anxiety, depression and stress.

HIV and AIDS are a major public health problem in many countries [1-2]. In the last 30 years, AIDS has become an epidemic disease with devastating consequences for families, communities and society. UNAIDS estimates that more than 7,000 people acquire HIV infection by day, and one person dies every 20 seconds of an AIDS-related disease throughout the world [3].

Persons living with HIV are more likely to experience health disorders than other groups, including problems that are not necessarily related to the immune system. For example, about 70% of adults with HIV experience sleep disturbances, such as insomnia, excessive daytime sleepiness and fragmented sleep. It is still unclear whether poor sleep quality is associated with CD4 cell count, HIV viral load, social problems, or antiretroviral therapy [4].

Some studies have been developed to identify which factors negatively affects sleep and rest in people with HIV. Sleep quality and daily sleep are related to fatigue, as well as anxiety and depression, which are problems that are frequent in persons living with HIV [5]. A four-year cohort study has shown that manifestations such as pain, depression, daytime sleepiness, and CD4+ T-cell increase were frequent in people with HIV who also had a very low CD4+ T-cell count and poor sleep quality [6].

Another study has shown that people with HIV have twice the chances of developing sleep disorders than those without the virus [7]. The use of specific drugs, such as non-nucleoside reverse transcriptase inhibitors may be involved [8]. This is accentuated in people with advanced infection. In this case, the relationship between CD4+ T-cell count and sleep quality seems to be inverse due to signs and symptoms such as pain, diarrhea, incontinence, fever, cough and dyspnea [7].

It is well known that sleep disorders can affect a people's quality of life significantly. Poor sleep quality can cause insomnia, respiratory, cardiac and metabolic disorders, depression, and nocturnal movement disorders. Lastly, a poor night's sleep may affect daily activities and work performance, as well as mood and physiological parameters [8].

People with HIV represent a vulnerable group, as they suffer from the social stigma of the disease. Besides that, HIV treatment includes medications that have unpleasant side effects and increase the risk for metabolic syndrome. Thus, poor sleep quality in these individuals may be a clinical predictor of subsequent problems that needs to be investigated.

Before this study, we conducted an extensive bibliographic review in Pubmed and Google Scholar databases and no previous studies have been found on our subject. We also noticed a scarcity of data by searching gray literature and by hand searching.

We believe that society needs solid scientific evidences regarding the living habits and health indicators of persons living with HIV that goes beyond the study of socioeconomic, cultural, and political factors [9]. Bibliographic review studies are important tools to support the practice since they bring practicality to the decision-making process and can be used to update health care workers. This study aims to review systematically the available evidence from studies on sleep quality in persons with HIV infection.

A systematic review and meta-analysis of studies that reported the prevalence of sleep disorders in persons with HIV infection was undertaken using the PRISMA protocol [10]. The analysis included descriptive and statistical data from the selected studies.

A systematic search of Pubmed, Science Direct, BDENF, and LILACS was performed from December 2017 to January 2018. Medical Subject Headings (MeSH) and text terms were used in the search, including the following: ‘sleep’, ‘human immunodeficiency virus’, and ‘acquired immunodeficiency syndrome’.

One author screened the titles of retrieved studies and chose those of potential relevance. Then, two authors, using a form, examined eligibility of the abstracts. Disagreements were resolved by discussion.

Meta-analyses were undertaken using Stata® version 14. Because of the predominance of cross-sectional research, we conducted a meta-analysis of proportions. In case of significant test for heterogeneity, a random effects method was applied, and a 95% confidence interval (CI) was constructed.

All relevant data such as bibliographical data, study aims, design, scenario, participants, year of publication, and other were entered in an Excel spreadsheet. Most studies were cross-sectional, developed in the last five years, authored by physicians, and published in Brazil, China or the United States. The frequency of poor sleep quality based on the Pittsburgh Sleep Quality Index (PSQI) scores ranged from 46.7% to 80%. None of the studies employed polysomnography (PSG) to assess sleep quality. The most frequent symptoms related to bad sleep quality in the studies were daytime somnolence and depression (Table 1).

None of the manuscripts mentioned the existence of any health policy or protocol aimed at improving sleep quality of persons living with HIV. The main categories covered by the studies were use of medications and psychological problems related to HIV. However, characteristics related to the treatment of sleep problems, quality of life, social interaction or prejudice are little explored. Preventive and sleep hygiene measures were not further proposed in the reviewed studies. From the studies, we can summarize that poor sleep quality in persons living with HIV is related to the use of specific medications and to the presence of psychological manifestations like anxiety, depression and stress. This study showed that only a few studies contribute to the understanding of the relationship between poor sleep quality and living with HIV. Most studies assessed sleep quality using the PSQI, a self-rated questionnaire or global sleep quality and specific aspects of sleep disturbance. From the analysis of the manuscripts, we observed that the prevalence of poor sleep quality, according to the PSQI values, ranged from 46.7% to 80% [11-25].

We found no studies developed in high-HIV countries such as India, despite the worrisome scenario and socioeconomic disadvantage of such regions [15]. The danger is that, if there is a concentration of investments/efforts on studies about other phenomena (e.g. adherence to drug treatment, prevention and treatment of co-infections), poor sleep quality is not given the importance that it deserves.

The results of the meta-analysis corroborate the effect of HIV infection on sleep quality and reinforces that these individuals are vulnerable to sleep disorders. Factors such as treatment program, social stigma, illness-related complications and psychological stress were pointed out in the studies as possible causes of the problem.

Drug therapy, for example, is an important factor that should be closer examined. HIV therapy adherence is critical for the minimization of infection-related complications and, despite of its contraindications and adverse events, must be prioritized. However, it is well-known that most antiretroviral drugs alter the sleep and rest patterns, and that aspect even affects treatment adherence [16]. Considering this, why sleep quality is still not recognized as a major factor for the institution of appropriate therapy?

Another issue to be emphasized is the need to expand the number of studies coordinated by non-doctor healthcare professionals, such as nurses, occupational therapists, physical educators, psychologists, dentists, nutritionists, etc. Persons living with HIV should be cared using a holistic approach that stresses the multiplicity of factors that affect sleep hygiene (including economic, gender, social and religious issues). It is a fact that quality of life and its components may contribute to the sleep quality. In this way, a multidisciplinary approach can throw new light on sleep disorders.

In this review, we found no significant associations involving variables such as gender, occupation, form of contamination, disease stage or number of anti-retrovirals taken and sleep quality. However, one study showed significant differences between good and bad sleepers regarding sleep latency, duration and efficiency [11]. In this sense, the review was useful to clarify how to classify patients with sleep disturbances, but further studies are needed on variables that affect sleep quality to clearly explain the differences between good and bad sleepers.

Other authors agree that people with HIV are more vulnerable to poor sleep quality, depression and anxiety that other groups of patients. A multivariate analysis showed that smokers, singles and unemployed are more likely to present the above-mentioned problems. There seems to be a directly proportional relationship between PSQI scores and anxiety cases in this group of patients [16,21,23].

Sleep complaints of people with HIV includes waking up in the middle of the night or early in the morning, getting up to go to the restroom during the night, and others that are all common to non-HIV persons [11]. What these people may overlook is the relationship of such complaints to the prescribed pharmacological treatment. Some antiretroviral drugs, especially efavirenz can trigger psychiatric and psychological complaints such as agitation, hallucinations, amnesia, anxiety, mental confusion, convulsions, depression, difficulty concentrating, irritability, insomnia, nightmares and vivid dreams. Furthermore, it is important to keep in mind that poor sleep quality is a depressant phenomenon for the immune system (which is already weakened in HIV patients).

Two studies indicate that changes in sleep patterns occur in higher proportions in HIV patients (80% to 100%) and they are attributed to the infection itself and to other factors directly related to it [7,9]. It is also known that the HIV virus can cross the blood-brain barrier and cause neurological changes, such as meningitis, polyneuropathy, myelopathy and even dementia. However, there is a discourse that anxiety, depression and socioeconomic problems would be the main disruptors of sleep quality [27].

By gathering evidences from the reviewed studies, we concluded that use of medications, anxiety, depression, and stress are the main factors that influence sleep quality in persons with HIV infection. Besides that, daytime somnolence was reported in many studies, which is a relevant finding since this symptom usually compromise the quality of life.

This review has emphasized the fact that HIV patients are vulnerable to poor sleep quality. The main factors possibly related to this phenomenon are use of antiretrovirals (coupled with side effects), and psychological problems such as anxiety, depression and stress. Experimental research must be conducted in order to clarify cause-effect relationships. For example, it is important to examine whether the effect of anti-retroviral drugs, HIV viral load, and CD4 cell count are affected by brain waves during sleep. We also suggest that further studies should be based on accurate objective measures, such as actigraphy and PSG.