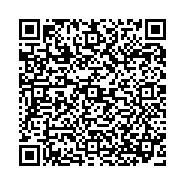 Type 2 Diabetes Mellitus has become a global health issue [1]. T2DM is a condition characterized by elevated blood sugar levels. This condition is due to either insulin resistance or absolute or partial deficiency of insulin secretion by the pancreatic β-cell [2-4].The number of people affected with diabetes is projected to be 438 million by the year 2030 [5]. Prolonged period of diabetes increases the risk for other complications. The frequency is increasing many folds especially in south Asian population due to high genetic and non-genetic risk factors [6]. Diabetes has significant effect on adult population [7-10]. The risk for death is twice in people with diabetes when compared to normal persons [11].

The women with diabetes stand for the second highest mortality in South Asians [12]. Approximately 9% of the South East Asia women were diabetic in 2008 and 10% were of 25 years age. The more prevalence of diabetes among women in the developed and developing countries is attributed to more of the body fat and the increased lipid profile. About 55% women deaths occur due to diabetes [13]. The ninth leading cause of death among women is diabetes which accounts for approximately 2.1 million women deaths worldwide compared to 1.8 million deaths in men [13]. The life span decreases by 8.2 years among diabetic women and by 7.5 years among diabetic men on average than those who don't have the disease. Risk of heart disease increases six times in diabetic women when compared to normal woman.

The major risk factors contributing to diabetes are Biochemical, environmental and genetic factors [14-16]. All of them together or independently are responsible for the development and advancement of the disease. This is because of lipid abnormalities characterized by increase in the Triglycerides, Total Cholesterol, LDL and decrease in the HDL concentrations. They are independent predictors of type 2 diabetes mellitus [17]. Overweight, obesity and physical inactivity along with Lifestyle and diet also will contribute for the disease [18,19]. With the economic development and globalization the dietary habits have changed in India. The more intakes of saturated fats, energy-dense foods and fast foods are responsible for the major cause of concern for diabetes among women. South Asian Indians due to their genotype are more prone to diabetes, especially Indians [20,21]. A subtle variation in the gene sequence is associated with an increased risk of developing diabetes and its related complications [22].

The Fasting and Postprandial left over blood samples were collected from 180 subjects (96 females and 84 males were considered for the study) of the 200 enrolled subjects visiting diagnostic centers for routine biochemical examination .The people suffering from infectious diseases were excluded from the study. They were aged between 15-85 years.

The Biochemical parameters of the women study participants were compared to the men .The data for different parameters are presented in the Table 1 shown below as mean ± standard deviation .The subjects of the study were established as diabetic cases based on their biochemical reports which showed FBG of value more than 126 mg/dl or ≥ 7.0 mmol/l and PPBG of value more than 200 mg/dl or ≥ 11.1 mmol/l in accordance to WHO diagnostic criteria for diabetes.

The purified DNA samples were amplified by Polymerase Chain Reaction and were analyzed qualitatively by Agarose Gel Electrophoresis [29-33].They were analysed for SNP specific region after the sequencing using different computational tools. The SNPs of the Figure 1: BOX SHADE of SNPs in CAPN10 and ADIPOQ gene.

Table 2: Comparison of distribution of FBG and PPBG among women and men.

Table 3: Distribution of SNP among diabetic women and men.

Results of Lipid Profile showed the increased value and were almost similar to men.

*The number of female diabetics outnumber the males in the population study. This is indicated by the presence of 54 females and 36males in the enrolled population of 90 diabetics. The FBG and PPBG levels among women are more when compared to the men (Table 2). The SNPs in the candidate genes CAPN10 and ADIPOQ gene are detected more in women diabetics when compared to the men.*

In the case control study among the 180 subjects 90 were diabetic cases and 90 were controls, the females and males were 96 and 84 respectively. The number of women in our discrete diabetic population was more owing to increase in the number of women diabetics.

*With the results that the FBG and PPBG levels among women are more when compared to the men and more percentage of women positive for SNP from this we can safely conclude that prevalence of diabetes is more among women in discrete diabetic population Telangana and Andhra Pradesh states in India.*