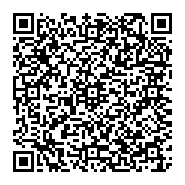 An investigation was carried out during two different seasons i.e., monsoon and winter to quantify the dust fall in ten different sites of Purulia Town of West Bengal, India. Enhancement (at 5% level of significance) in dust fall level was observed in all sample collection sites during winter than that of monsoon excluding the Bongabari area where no significant difference was recorded in dust deposition in between monsoon and winter. During monsoon highest dust fall was noticed in Bongabari area, whereas in winter period Zilla School More was found as maximum dust fall site

Air quality is becoming the most burning issue in present day situation. With rapid advancement of industrial operations, extension of agro-fields as well as agricultural activities, expansion of roads, transportation, extension of urban areas, exploration of mining areas, industrial expansion and construction related activities are continuously causing severe degradation of air quality [1]. Dust is one among various factors responsible for air quality deterioration. Dusts, particulate matters are generated due to not only by anthropogenic activities but also due to natural incidences like spread of pollen grains, emission of volcanic ashes and sandstorms. Profuse dust particles are felt in Indian atmosphere. The major sources of dust particles include suspension from land, agricultural activities, paved and unpaved roads; automobile emission, power plants emissions, activities related to construction, cements factories, brick furnace, mining area, stone crushing sites etc. Seasonal variation of Dust fall stream having the order winter> summer> monsoon was noticed. Dust may cause undesirable effects on human health, vegetation as well as other sectors of environment. Present study was conducted with an aim to measure quantitatively the dust fall, mostly along the paved road sides in certain areas of Perugia town. Carried out a work to estimate dust fall in the Chandrapur industrial belt during winter period. He noticed that dust fall rate was comparatively higher in industrial cluster than that of the residential belts. Estimated dust quantity generated during the period of a motorway construction; he noticed that PM10 was emitted mainly from the rupture of trucks on unpaved roads. Road dusts become airborne from the abrasion of tires moving on dust burdened paved roads and unpaved dirt roads [2]. A work was undertaken to quantify dust fall as well as its relation with climate in Yazd. There was abundant amount of dust and particles in the atmosphere of Yazd city due to industrial activities besides sandstorms collected dust fall at Pune and at rural area Sinhagad and he found comparatively higher quantity of dust at Pune.

In present dissertation work, investigation was carried out on quantification of the dust fall in ten different places, in most of the cases along paved road sides during two different seasons of Purulia town of W.B., India. Dust samples were collected during the month of September, (monsoon) and January of (winter). Purulia is situated in the central-west of West Bengal and normally known as the drought prone area. Sub-tropical type of climate of Purulia is characterized by high level of evaporation with little precipitation. It is placed just north of the Kasai River. DMS longitude and latitude of Purulia Town area are 23° 20' 32.1252'' N and 86° 21' 46.2204'' E respectively. The sample collection sites in Purulia town were Nistarini College premises, Deshbandhu Road near Raghabpur More, Station para (near Maheswari lodge), Railway station and surrounding areas; Bus stand to Taxi stand, Goshala More, Bhatbandh, Gopal More, Zilla School More, Bongabari (near Bharat Super Cement factory and Purulia Metal Casting). To measure dust fall rate, Whatman 42 filter papers were used. Filter papers were initially dried then after cooling at desiccator, initial weight was taken, and then these were set on thick layer of card boards using pin. After that, these filter papers were placed in the balcony of road side houses or shops or waiting room for buses, in sampling sites in such a way so that trouble from birds were minimum and least rainfall might come [3]. All the filter papers set up were collected when the observation period was over, then these were brought into laboratory and filter papers were further dried, cooled at dessicator and then weight was taken using digital balance and dust fall was quantified.

Analytical results are represented by the respective. From it is obtained that highest dust fall rate was recorded from Bongabari followed by Nistarini College Campus, Bhatbandh, Goshala More and other sites in monsoon. Picture was slightly different in winter when highest dust fall rate was found in Zilla School More followed by Deshbandhu Road near Raghabpur More, Bongabari, Railway Station Area, Goshala More and other spots. Results obtained after quantification of dust during monsoon were compared with the results of winter and it is clearly revealed that dust fall rates were higher at every sample collection spots during winter season than that of monsoon period excluding the Bongabari area where the reverse incidence was observed but analyzing the t-test results it is finally found that there was no significant difference in dust fall rate between two different sample collection periods in Bongabari area; whereas higher (at 5% level of significance) dust fall rates were noticed in D.B. Road near Raghabpur More, Station para near Maheswari Lodge, Railway Station surrounding area, Bhatbandh, Gopal More, Zilla School More and Goshala More during winter in comparison to the monsoon [4]. Dusts pose serious threat to human health, produce significant adverse impact on plant health. Revealed that dust can produce negative impact on human health and causes a number of diseases like respiratory, cardiovascular, cerebral-vascular, fever; allergies etc. Moreover, DNA of skin and lung cells gradually becomes damaged. The higher rate of dust emission increases dust fall on vegetation, soil, structures, buildings etc., observed that effects of dust pollution on the plants and land can differ depending upon the density of falling dusts. Reduction in the plant leaves pigments, enhancement in stresses and reduction in plant productivity, decline in soil fertility occur while dust particles accumulate on green leaves and fall on land respectively. Dust fall and its accumulation on leaves also may interact with crop yield. Regular monitoring to measure the level of dust fall especially in the human settlement areas must be performed. Appropriate strategies can be adopted to prevent dust fall related ill effects on human health and environment. Biological, chemical, mechanical methods or water sprays can be used to control dust storm [5]. Among all, biological methods are the best one and this can be accomplished by creating road side vegetation cover, or ecological barriers like green belts surrounding urban areas (Table 2 and Figure 1).

Dust fall in a particular area may depend on meteorological conditions, sandstorm as well as presence of other anthropogenic sources of that site. Present survey reveals that during monsoon higher level of dust deposition was observed in Bongabari, Nistarini College premises, Goshala More, Bhatbandh, Gopal More while in winter period, Zilla School More, Bongabari, Deshbandhu Road near Raghabpur More, Goshala More were found as highly dust fall areas. Naturally, vegetation cover can resist the spread of dust particles in atmosphere. Besides, other strategies like chemical, mechanical methods can be adopted. Personal protection should also be taken to minimise the generation of ill health due to inhalation of dust particles.