Reproductive Toxicity and their Impacts on Human Reproduction 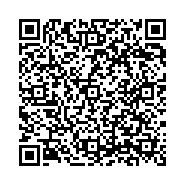 Reproductive toxicity is the possibility that a specific chemical, physical, or biological substance will have a negative impact on both male and female fertility as well as the development of the offspring. Reproductive toxins may have a negative impact on fertility, ovarian failure, sexual function, and also cause developmental toxicity in the offspring. Reduced sperm counts, poor quality semen, and ovarian failure are signs of lower effective fertility caused by reproductive toxicity, which affects both men and women equally. According to medical definitions, infertility is the inability of a couple to conceive after a year of unprotected sexual activity. Up to 20% of couples struggle with infertility. Men with oligospermia have a shortage of viable spermatozoa in their semen, but those with azoospermia have no viable spermatozoa at all.

Numerous medications can have an impact on human reproduction. Their outcomes can be positive (hormonal contraception), negative (many antidepressants), or a significant public health issue (thalidomide). The so-called endocrine disruptors are another class of compounds that have drawn a lot of attention (and also some disagreement) as potentially harmful to reproduction. Hormone production and hormone-receptor interactions are altered by endocrine disruptors. There are four categories of endocrine disruptors: estrogenic, anti-estrogenic, androgenic, and anti-androgenic. Pharmaceutical chemicals and environmental substances are included in each area. The same hormonal reactions are brought on by androgenic and estrogenic substances as they are by sex steroids (estrogen and testosterone). Anti-estrogenic and anti-andogenic substances, on the other hand, bind to a receptor and inhibit the hormones from attaching to their receptors, preventing the activity of the hormones.

Trenbolone (androgenic), flutamide (anti-androgenic), diethylstilbestrol (estrogenic), bisphenol A (estrogenic), and tributyltin are just a few samples of the numerous endocrine disruptors (anti-estrogenic). Many substances that are harmful to reproduction, however, do not belong to any of these categories. Lead compounds, for instance, are regarded as harmful to reproduction because they interfere with human infants' and children's ability to develop normally intellectually and psychomotorly.

Many compounds that are harmful for reproduction, though, do not belong to any of these categories: For instance, due to their detrimental effects on human infants' and children's normally occurring intellectual and motor development, lead compounds are regarded as being harmful to reproduction. Lead, a heavy element that can exist in both organic and inorganic forms, is linked to poor sperm quality, premature ejaculation, erectile dysfunction, and negative effects on male libido. Lead is thought to influence male reproductive mostly through hormonal disturbance, which lowers the amount of sperm produced in the seminiferous tubules.

Additionally, it has been suggested that lead degrades the quality of semen by causing cellular damage by increasing reactive oxygen species as a result of lipid peroxidation. Human exposure occurs mostly through inhalation or oral absorption; among non-workers, exposure to cigarette smoke may result in environmental exposure. By consuming plants and shellfish that have absorbed cadmium from the soil and water, people can be exposed to it orally. In terms of spermatogenesis, semen quality, sperm motility, and altered hormone synthesis, exposure to cadmium has a negative impact on male fertility. The regularity of the menstrual cycle and the balance of reproductive hormones are also affected by cadmium exposure in females.

Hexavalent chromium is utilised in the metal plating and electronics industries. Inhalation or ingestion are the main ways that people are exposed to chromium. Hexavalent chromium exposure lowers sperm counts and the quality of sperm, according to studies on both humans and animals. The metal elemental mercury, which is frequently used in thermometers, blood pressure monitors, and dental amalgams, is a liquid at room temperature. In terms of exposure, mercury is absorbed predominantly through inhalation of its vapour. Among female dental technicians who were exposed to mercury vapours and used inadequate industrial hygiene when handling dental amalgams, data have shown lower fertility. An increase in spontaneous abortions among female workers in mercury smelting companies has been noted. Both men and women who work in industrial environments frequently are exposed to solvents. It has been demonstrated that a number of solvents, including xylene, perchloroethylene, toluene, and methylene chloride, are connected with an increased risk for spontaneous abortion.