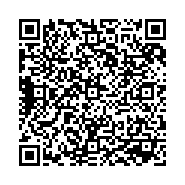 Adoption studies of crop varieties are important to provide tangible evidence to return to the research and extension efforts in developing and extending the technologies to end users. Besides, reliable information on adoption of a certain technology would have a significant contribution for the improvement of its productivity and assist policy makers in making sound decisions for further improvement of the technology. However, getting accurate information on adoption and diffusion of the technologies is a challenge. Previous adoption studies of crop varieties were mainly focused on farmers’ recall which under estimate or overestimate the varietal level of adoption of the technology. On the other hand, recently, an advanced approach of tracking diffusion of crop varieties is emerged. DNA fingerprinting accurately identify crop varieties being cultivated by farmers and gives us known standard errors and bias of adoption. Policy makers easily utilize the information provided by DNA fingerprinting approach as compared to farmers’ recall method to further improve the efficiency of the crops.

Since the pioneering research by Griliches on assessing the impact of hybrid corn adoption in the U.S. almost six decades ago, the interest in measuring the adoption and impacts of adoption of improved technology by farmers has expanded to include a gamut of agricultural technologies in both developed and developing country settings. Among the most widely assessed agricultural technologies in the developing country context is the adoption of improved varieties.

Basically, the importance of adoption studies of crop varieties is to provide concrete evidence to return to the research and extension efforts in developing and extending the technology to end users. Besides, it clearly would have a significantly contribution for the improvement of its productivity and assist policy makers in making sound decisions for further consideration of technologies. Adoption studies are also valuable tools for improving the efficiency of communication between institutions responsible for research, extension, and agricultural policy; hence adoption studies are an important part of the methodology involved in agricultural development [1].

Recently, there are also other non-household based adoptions tracking methods that may be through collection of minimum data from Deoxyribonucleic acid (DNA) fingerprinting of grain samples collected from farmers after the harvest. DNA fingerprinting, which is increasingly used by plant breeders and is also started being used by economists in a few years ago, offers a reliable method to accurately identify varieties grown by farmers and thus serves as a benchmark against which traditional or other innovative methods of varietal identification can be evaluated. With the cost of genotyping expected to decline rapidly, the use of DNA fingerprinting may be pursued as the main method of varietal identification to track and monitor the adoption of improved varieties. However, despite this advantage, the use of DNA fingerprinting as part of adoption surveys is mainly at pilot level, nonexistent or limited to few recent attempts which are reviewed and presented as here under.

Diffusion and adoption of improved rice and maize varieties in Tanzania by application of genetic fingerprinting technique, comparing the varietal identification results from DNA analysis to those from farmer recall revealed a high degree of misclassification. In the case of maize, varietal identification using DNA fingerprinting estimates diffusion levels of improved was higher than the 46% reported by the survey respondent. These results suggest that the genetic material that farmers refer to as local varieties are in fact improved maize varieties. By the same token, only a small proportion of rice farmers reported planting improved varieties yet the submitted material was classified into three distinct improved varieties through genetic fingerprinting. These findings appear to confirm that the varietal adoption and diffusion estimates derived from farmer recall data are less accurate compared to those generated through DNA fingerprinting [2].

Similarly, according to the study result on testing alternative methods of varietal identification using DNA fingerprinting in Ghana and Zambia, identifying farmer grown improved varieties accurately by name in a setting where there is a diversity of names by which farmers call their varieties and the seed system is predominantly informal, and is a challenge. Results for both beans and cassava indicate that in such a setting the traditional method of farmer elicitation will give an underestimate of adoption of improved varieties.

The conducted a study on analysis of cassava varietal adoption in Vietnam using DNA fingerprinting approach, farmer’s elicitation method failed to identify the adoption level of different cassava varieties in Vietnam. Farmers use their local-adapted names and often mix up between the cultivar groups and unique variety. Using DNA fingerprinting through SNPs for stake samples taking from the farmer fields, they were able to know exactly the variety planted and document the adoption level of each individual variety [3].

DNA based varietal identification has been conducted from cassava leaf samples obtained from 2500 households in Nigeria. The preliminary results revealed that they developed two scenarios for defining improved varieties. In the first scenario, the distinction between improved and land race will be defined based on improvement status. As such, all varieties with genetic gain plus local varieties imported from abroad will be considered as improved. In the second scenario, they defined improved variety based on improvement status as scenario but included land races that were purified and released. Based on the above definition, they estimated that 60% of farmers are using improved cassava varieties using self-reported data and 66% and 77% using scenario1 and 2 respectively [4].

Possible challenges with DNA fingerprinting for tracking diffusion of crop varieties due to weak supervision during sample collection, tracking, storing and transporting to a lab facility, there will be data quality problem which may reduce the accuracy needed and fail of properly matching samples with HH surveys that would result in wrong conclusion. The restrictions by government on the shipment of seeds or DNA samples out of the country can be a huge constraint in doing this type of studies. Lack of technology for genotyping has implications on the cost of DNA fingerprinting even if the information obtained by DNA fingerprint is sound for policy. However, different evidence shows that the cost of DNA fingerprinting is decreasing.

What is an improved variety? Classifying varieties into improved and land race is not straight forward even after DNA based varietal identification due to measurement and library matching issues. These will result over/under estimation of adoption rate of the crops and make confusion on comparing of the results obtained by DNA fingerprinting and from other household based approaches [5].

Although adoption study is an important part of the methodology involved in agricultural development, it also shows the destination/spread of the technology within or across agro ecological areas and measures efficiency of the technology. The information generated from adoption study is needed by the researchers and extension agent to evaluate their efforts during development and extension of the technology. Previous adoption studies were mainly focused on household based approaches which do not give reliable information about crop varieties. Evidences suggests that farmers’ recall approach over/under estimate the adoption rate of the technologies so that the information to be generated is not sound for policy analysis. However, recently, researchers have started using DNA fingerprinting to track diffusion of crop varieties. DNA fingerprinting approach provides accurate and reliable information. The approach is being implemented in different country but many of them are using at pilot level. It is recommended that, varietal adoption estimates and impact study in all crop need to apply DNA finger printing approach as it provides more accurate and dependable results.