Similarities in Individuals with Allergic Rhinitis and Asthma 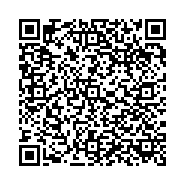 Allergic rhinitis and asthma exhibit important similarities in their pathophysiology and involve common inflammatory mechanisms. The nasal and bronhial mucosal are histologically similar both have ciliated pseudostartified columnar epithelium and an underlying basement membrane. The inflammation of rhinitis is similar to that seen in the bronchial mucosa of asthmatics, consisting mainly of mononuclear cells, lymphocytes and eosinophils. Additionally, the cytokines, adhesion molecules and other inflammatory mediators are the same in both diseases. The same inhaled allergens and irritants stimulate both upper and lower respiratory tracts resulting in a Th2 pattern of proinflammatory cytokine activity. Boh AR and asthma symptoms are triggered by atopic sensitization and the allergic cascade, resulting in the generation of allergen specific IgE is a risk factor for asthma even in non-allergic individuals. After sensitization occurs, antigenic fragments of the allergens are presented to T helper cells which release cytokines that induce allergen specific IgE antibody production by B lymphocytes and plasma cells.

These antibodies then bind to the surface receptors of mast cells and basophils present in the mucosa of both the upper and lower airways. Re-exposure to the airborne allergen triggers antigenic binding to the cell surface specific IgE and activates the mast cells and basophils resulting in degranulation and release of inflammatory mediators, including histamine, leukotrienes, various proteases and cytokines. These mediators inturn trigger vasomotor and glandular responses in the upper airway and smooth muscle contraction and mucosal edema in the lower airway, leading to airway obstruction. A late phase reaction occurs approximately 4 to 8 hrs after the initial IgE mediated reaction to allergen exposure. In both the upper and lower airways, this late reaction is characterized by obstruction and chronic inflammatory changes involving T cells, mast cells and eosinophils. There is also evidence to suggest that basophils may also play an important role in the late phase of allergic rhinitis. Recent studies have suggested that additional pathways contribute to the pathophysiology of allergic rhinitis including local synthesis of IgE in the nasal mucosa, the epithelial expression of cytokines that regulate Th2 cytokine responses and the activation of histamine receptors other than H1 and H2 such as histamine receptors.

Systemic inflammation affecting first the upper and then low airways plays a major role in the relationship between allergic rhinitis and asthma. They exhibit many elements of a systemic disease in that effector cells are recruited from the circulation, white cell progenitors are stimulated in the bone marrow and systemic effector cells are primed. Exposing the lower airways of animals to allergens causes the white cell progenitors in the bone marrow to proliferate and differentiate and leads to high number of eosinophils in the lung, suggesting there is communication between the lung and bone marrow after allergen exposure. Eosinophilic inflammation is a common finding of allergic rhinitis and allergic asthma. The pathways involved include interleukin supporting the hypothesis of a common pathway in allergic disease. Interleukin are cytokines with central role in Th2 driven allergic responses in the airways and novel anti-interleukins strategies have emerged for the treatment of severe persistent eosinophilic asthma. Evidence of inflammation in the lower airway has been documented after local nasal allergen provocation. Nasal allergy provocation was performed in subjects with seasonal allergic rhinitis with bronchial and nasal biopsy specimens obtained after provocation. This leads to increase in E-selectin suggesting airway inflammation occurs through upregulation of adhesion molecules.