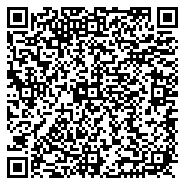 Parenteral administration of insulin is associated with serious flaws like potential pain or discomfort for the patient, local allergy, abscess at the injection site, lipoatrophy (localized loss of fat tissue) and anaphylaxis. In addition, industrial issues like physical and chemical changes during manufacturing, shipping, storage and administration also influence the clinical potency of insulin. Hence, proliposomes followed by encasing in eudragit S100 coated capsule for oral administration has been widely studied in oral insulin delivery to address pharmaceutical, physiological and industrial issues. This review focuses on advancement in the synthesis of protamine coated proliposomes of recombinant human insulin encased in Eudragit S100 coated capsule for efficient oral insulin delivery. Alterations to protect insulin from the cruel acidic environment of the gastro-intestinal (GI) tract are defined. Chemical barriers for example, the acidic gastric pH and the presence of proteolytic enzymes in the stomach and intestine restrain the effective absorption of external insulin within the GI tract.

Diabetes mellitus is a metabolic disorder and major health issue of almost all the countries. Insulin is a therapeutically active protein peptide hormone and utilized in the treatment of diabetes mellitus [1,2]. Presence of proteolytic enzyme and gastric acid in gastrointestinal tract causes degradation of insulin [3]. Insulin is mainly administered via the subcutaneous route, which has some disadvantages like local allergy, infection, injection site abscess and lipoatrophy is common and is occur because of repeated injection of insulin at same site. Anaphylaxis is very rarely seen and requires desensitization with gradually increasing dose of insulin, local pain, itching, lipodystrophy, inconvenience of multiple injections, hypoglycaemia because of overdose of hyperinsulinemia [4-6].

Next to pharmaceutical issues, industrial concerns like physical and chemical changes during manufacturing, shipping, storage and administration adversely alter the drug potency and safety. Insulin is well known to lose activity as a result of protein aggregation upon agitation at high temperature. This may limit the shelf life and make storage and transport less convenient and more expensive [7-9]. Ultimately, oral delivery of insulin is one of the alternatives to gain clinical bioavailability in the systemic circulation due to high patient compliance and safety issues [3,10,11]. Despite the worthwhile outputs of administration of insulin through oral route, proteolytic enzymes, cruel acidic conditions and low intestinal epithelial permeability hamper the stability and bioavailability of peptide [1,11-13].

Researchers have been attempting to address both pharmaceutical and industrial issues through different novel excipients [14-16].

Diabetes mellitus is a metabolic disease and major health issue of almost all the countries [17-19]. The prevalence of diabetes for all age group worldwide predicted to be 2.8 percentage in 2000 and 4.4 percentage in 2030 [20]. Insulin is a therapeutically active protein of great interest due to its broad use in the management of diabetes mellitus [1]. Hence, insulin is generally recommended by the physicians to normalize the blood glucose level in diabetic patients. Insulin is a polypeptide hormone normally restricted to subcutaneous administration because it is easily hydrolyzed in acidic conditions of stomach, degrades by proteolytic enzyme in gastrointestinal tract (GI) and metabolised by enterohepatic circulation [1,21,22].

Different carrier system is used for insulin delivery such as Hyderogels, Liposomes, Nanospheres, Nanocubicls [24]. Liposomes being among the most studied particulate carrier systems and have potential in enhancing oral bioavailability of protein and peptide drugs [32-35]. Liposomes show controlled release and increased solubility but have affinity to aggregate or fuse and are more susceptible to hydrolysis or oxidation.

Passage Through The Harsh Environmental Condition Of Stomach

The harsh condition of gastrointestinal tract (GIT) undergoes enzymatic degration of insulin by pancreatic proteolytic enzymes such as trypsin and α-chymotrypsin [41-43]. Eudragit S100, a pH sensitive smart polymer, provides better protection to peptide from enzymatic degradation and allow vehicle to release most of the entrapped therapeutic component in intestinal milieu [30,44-46].