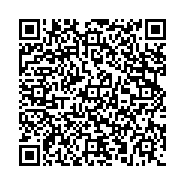 Chronic rhinitis is defined as inflammation of the nasal mucosa characterized by two or more symptoms of nasal congestion or obstruction anterior or posterior rhinorrhea, sneezing and itching for at least 1 hour daily and for more than 2 weeks. Chronic rhinitis is a prevalent pathologic condition with widespread morbidity associated with a considerable financial burden on health care systems. Its economic impact is further magnified because it is a risk factor for other comorbidities in adults such as sinusitis, asthma and also a precursor to serious conditions in children such as learning disabilities behavioural deviation and psychological impairment. Nevertheless, it is an underestimated and often trivialized disease. Furthermore the high variability in both underlying pathophysiologic mechanisms and clinical presentations of chronic rhinitis has hindered efforts to develop clear guidelines for its diagnosis and treatment. Even the term rhinitis coined as rhine (Respiratory) and tis (inflammation) due to inflammation whereas certain rhinitis endotypes seem to be devoid of an inflammatory component.

The three most widely accepted rhinitis subgroups thus far are allergic rhinitis, infectious rhinitis and non-allergic rhinitis. However this classification may be an oversimplification, because a combined phenotype exists in many patients. In addition, there are numerous mostly overlapping classification systems based on independent criteria such as age of onset, diseases severity, symptoms, symptom pattern or frequency, causative agents and underlying pathophysiology. For instance, from a clinical perspective, patients are classified as blockers with nasal congestion as the prominent symptom and runners with rhinorrhea being predominant. Also rhinitis caused by mechanical structural abnormalities is included in the NAR subgroup by some investigators and excluded by others. Furthermore occupational rhinitis can be either allergic or non-allergic blurring the boundaries between the three widely accepted categories. Characterization of rhinitis phenotypes is further hampered by the scarcity of distinct biomarkers. Even for allergic rhinitis for which the immune-pathogenesis is more clearly delineated clinical classification as proposed by allergic rhinitis and its impact on asthma guidelines are frequently not adhered to by treating physicians who still do not prescribe or modify treatment based on phenotypic characteristics contrary to the ARIA guidelines. These studies underscore the difficulty of using only the phenotype concept to classify chronic rhinitis and highlight the importance of developing a classification system that focuses on rhinitis endotypes.

Rhinitis frequently coexists with sinusitis because the nose and sinuses share vascular, neuronal and anatomic pathways. Therefore the term rhinosinusitis is preferred in patients with symptomatic sinus inflammation. Rhinosinusitis can be acute or chronic. The acute form of rhinosinusitis is infectious and predominantly of viral origin causing rhinovirus, coronavirus, adenovirus, parainfluenza virus, respiratory syncytial virus or enterovirus. It is common that an acute viral rhinosinusitis is complicated by secondary bacterial superinfection that establishes a bacterial rhinosinusitis endotype.

The chronic rhinosinusitis phenotype is more complicated for establishing a defined endotype because infection has a minor chronic rhinosinusitis is characterized by nasal and sinus symptoms such as nasal congestion purulent discharge, facial pain and impaired olfaction which last longer than 12 weeks. Specifically diagnosis requires the existence of 2 or more symptoms one of which must be either nasal blockage or discharge and the other facial pain or pressure or impaired olfaction. Either endoscopic signs like polyps, mucopurulent discharge and edema or mucosal obstruction primarily in the middle meatus and computed tomography findings. Additional chronic rhinitis endotypes could be characterized based on their variable responsiveness to different treatments.