Touch and Massage On Pain Perception among Primiparturient Mothers 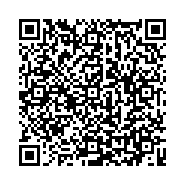 Labor is one of the major events in every woman’s life. Most Women need some form of pain alleviation in ease of pain during labor .According to complementary Therapies, touch and message is an ancient method of reduced pain perception. They can be viewed as promoting the release of endorphins, blocking the pain perception to the brain, Dilating the cervix and increasing the efficiency of contraction. A study was conducted to assess the effectiveness of touch and massage in pain perception during the first stage of among prim parturient mothers in selected maternity hospitals, Nagercoil, 2008-2009. The objective of the study was to determine the effectiveness of touch and massage in pain perception. The study was conducted by adapting a quasi-experimental nonequivalent control group pretest posttest design. Fifty primiparturient mothers who have fulfilled the inclusion criteria were selected using non-probability purposive sampling technique. In the study group, touch and massage was given in the shoulder, back and foot. Pre and posttest level of pain was obtained using a modified combined numerical categorical scale. In control group without any intervention, the pre and posttest level of pain was obtained. The study reveals that the mother in the study group showed a highly significant decrease in the level of pain perception at p<0.001 level, When compared with control group. Administration of touch and massage in the shoulder, back and foot to prim parturient Mothers reduce the pain. Therefore touch and massage can be used as a safe and effective method of reduced pain perception which will help in reducing perception of pain.

Pregnancy is a long and arduous journey for any women. It is a journey of dramatic, physical, psychological and social change of becoming a mother, redefining family relationship and taking on the long term responsibility for caring and cherishing a new born child. Pregnancy can be one of the happiest, but the most distressing experience in a women’s life. At the top most worry list, is “pain”. The birth of a baby is an event of great importance in the family. Birth can be empowering, spiritual, joyous, painful, humiliating, and sexual and terrifying happenings. Each stage of brings its own challenges and she is subjected to variety of procedures ranging from abdominal palpation, vaginal examination to episiotomy. One of the aims of good intranasal care is delivery with minimal injury to the infant and mother. (Katz)

For all happiest mankind can gain is not in pleasure, but is rest from pain. The happiness is screened by the pain of the uterine contraction and it is a role of nurse to find a very good way to alleviate the pain and make the mother indeed the happiest period of her life. Women throughout the stages of depend upon a skilled person, usually another women to be with them during childbirth, that person is the midwife.90% of all parturient mothers anticipated a need for pain relief during.

Pain is a stimulus of receptive neurons arising from contraction of the uterine muscles, which are referred to as the visceral, pelvic and lumbo sacral areas. Till date pain management studies have the additional effect of impending women active participation in giving birth. Pain is often described as the worst pain in a women’s life, but the experience is highly variable. Although many factors have linked to the pain, it is difficult to assess the individual affects of these factors because is a dynamic process and pain intensity changes over the course.

More women are now requesting a pain free and ask for epidural analgesics. The disadvantage of epidural analgesics are lengthening of first stage of , less sensation of expulsive efforts and lengthens second stage of and increased instrumental delivery. Pharmacological pain relief methods include administration of narcotics, sedatives, inhaling analgesic, pudendal, paracervical and spinal blockage and epidural anesthesia which has side effect. Fetal respiratory depression is the side effect of pethidine is a common pain relief; especially if it is used 2 to 4 hour during prior to birth. Epidural anesthesia could lead to sympathetic blockage and consequently, decreased maternal cardiac output, bladder distension, prolongation of several stages of and catheterization. To relive pain perception, nitroxide also could be administered. It would not cause second stage prolongation, but as all other anesthesia drugs, would pass the placenta and suppress fetal central nervous system. (Fries, 2002).

Non-pharmacological pain relief measures such as continuous support, baths, touch and massage, maternal movement and positioning, and intradermal water blocks for back pain (O’Hara M 2002). Touch is the first technique in developing a therapeutic relationship. Touch may be in the form of holding the mother’s hand, stoking her body, embracing her and giving reassurance. Touch and massage can decrease pain by stimulating the release of endorphin, stimulating large diameter nerve fibers to close a gate on pain, stimulating mechanoreceptors, stimulating circulation with resultant increase oxygenation to tissue and facilitating the excretion of toxin through the lymphatic system.

Massage would cause the endorphins release and reduce the ischemia by amplification of local blood supply. endrophins are endogenous opioid polypeptide compounds. They are produced by the pituitary gland and the hypothalamus in vertebrates during strenuous exercise, and they resemble the opiates in their abilities to produce analgesia and sense of wellbeing. The use of massage not only contributes to pain relief, but also communicates caring and concern for the women’s. It does not need to take a lot of nurses and can be done while observing the timing of contractions, gathering information from the woman or assessing the woman’s coping abilities.

Massage is a cost effective nursing intervention that can decrease pain and anxiety during and partner’s participation in massage can positively influence the quality of women’s birth experience. A clinical trial study was conducted to assess the effect of massage on the duration of first stage of among 62 primi parous women with normal delivery. The results of the massage group was 5.75 hours and for the routine nursing care group 9.15 hours (P=0.001).

An experimental study was conducted to assess the effects of massage on physiological response. Study revealed that all variables decrease after massage therapy. There were statistically significant differences in systolic blood pressure (P=0.04) and respiratory rate (P<0.001).the study concluded that massage therapy providing relaxation and alleviate physiologic responses.

Massage is found to be an effective therapy to decrease the pain, anxiety, and a depressed mood during. In addition, it is reported that massaged mothers had significantly shorter labors and decrease pain level. (Change et ai.., 2002). So massage therapy can change the into a pleasant and delivery to reduce the pain .The current study was fulfilling to evaluate the effect of massage therapy on perception of pain (Figures 1 and 2).

1. To assess the level of pain perception among primiparturient mothers before touch and Massage in control group and study group.

2. To determine the effectiveness of touch and massage on level of pain perception among primiparturient mothers in study group.

3. To compare the level of pain perception among prim parturient mothers before and after touch and massage in study and control group.

4. To associate the post assessment level of pain perceived by primiparturient mothers in study group with the demographic variables

Research approach was an evaluative approach in which the investigator adopted non-equivalent control group pretest posttest design. The study was conducted for a period of one month. The term primi parturient mothers in 38-40 weeks of gestation, who were in the active phase of 3-4cms of cervical dilatation, were included in the study. Mothers whose was induced, high risk mothers, and who received analgesic during were excluded. The investigator used non-probability purposive sampling technique to select the samples in the study and control group. Each group consists of 25 samples in which level of pain was assessed. The primi parturient mothers who were in pain with 3 to 4 cm of cervical dilatation were taken for the study.

A brief description about pain scales, its purpose and importance of touch and massage was given to the mothers. Combined numerical categorical pain scale with slight modification made for assessment of pain. The scale is grouped in to five categories.

Assessment of the pain before giving touch and massage was done using combined numerical categorical pain scale. Then touch and massage was given for 15 to 20 minutes (6times). Post test was conducted in the study group after the intervention. In control group, assessment of pain was obtained for the 1st contraction and after 15-20minutes. The results are discussed as below in Table 1,

Table 1: Comparison of level of pain perception among prim parturient mothers Before and after touch and massage study and control group

The analysis reveals that in the study group there is a decrease in the mean value from 6.6 to 4.8 and increase in standard deviation from 0.91-1.03 before and after providing touch and massage .The ‘t’ value of 5.806 is significant at p< 0.001 level. This denotes that there is a significant decrease in the pain perception of primi parturient mothers following touch and massage. But in control group, the pain perception remained same.

The present study results are supported by the study carried out by Khodakarami, Safarzadh and FathiZadeh (2006) who conducted a study to evaluate the effect of massage therapy on severity of pain. The clinical trial study of semi-experimental type which was carried out on 60 primiparous women. Cases were randomly allocated to one of the experimental and control groups. The control group received routine, standard care without any intervention; while the experiment group received massage therapy using effleurage technique during delivery. The massage is administered on sacrum, buttocks, shoulders, waist, foot and hand during different phases of . The severity of pain was measured by using visual analogue scale in both groups before any intervention at the cervical dilation of 4 centimeters the start of active phase and also after applying massage therapy. Also the severity of pain was assessed at 8 and 10 centimeters and compared with the control group. The result demonstrated that the mean of pain severity at the first stage of was significantly different between the experimental group and control group at the start of active phase (p = 0.009), end of transititional phase *(p = 0.0141) Also, the duration of the first stage of the was differently in experimental and control group.

Another study concludes as follows, Chang, Chen and Huang (2006) conducted a study on comparison of massage effects on pain among sixty primiparous women. Self reported short-form McGill pain Questionnaire (SF – MPQ) were used to assess the pain at 3 phases of cervical dilation. Phase 1 dilation (3to4cm), phase 2 dilation (5to7cm) and phase 3 dilation (8to10 cm). The study concluded that massage cannot change the characteristics of pain experienced by women in, it can effectively decrease pain intensity at phase 1 and phase 2 of cervical dilation during.

The results are supported by many studies since the pain perception is less when the mother is given massage therapy. However the pain characteristics experienced by women during remains the same.

The findings concluded that the mothers in the study group had reduction in the level of pain perception as compared to the control group. Hence touch and massage can be incorporated as an effective pain reducing measure during, which gives comfort to the mother.