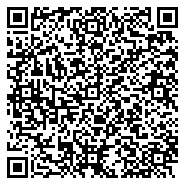 Dementia is an unavoidable serious problem worldwide in elderly society. This was a cross-sectional study through a community survey to estimate modifiable lifestyle factors for dementia prevention. The study subjects were conveniently sampled from five community activity centers and one primary health clinic from April to July 2018. The research tools used were the MMSE and a self-developed questionnaire (Cronbach's α, 0.73) on dementia-prevention behaviours based on the theory of behavioral change. The major finding was to identify education level (odds ratio [OR] 0.206), BMI (OR 0.23), hypertension (OR 5.12), social activities participation (OR 0.53), and degenerative joint disease (OR 7.28) as the related factors affecting brain health behavioral engagement by logistic regression analysis. The study result might be a reference for Dementia prevention through continually empowering aging population and providing accessible environments to adopt healthy life-style.

Dementia is a chronic, progressive syndrome caused by different brain lesions and affects memory, thinking, behavior, and daily life function. Dementia affects not only the patient but also their family and other caregivers. Dementia has become the leading cause of disability in the elderly resulting in dependence on others. In most countries, the lack of awareness and understanding of dementia causes disease stigma as well as diagnostic barriers to care and has physical, psychological, and economic impacts on the family, caregivers, and society in general[1].

The World Health Organization in 2016 (WHO)[2] announced the 2017-2025 Draft Global Action Plan on the Public Health Response to Dementia, specifically calling for dementia to be a priority issue in public health. About 1.5 to 2% of the population in Europe is affected by dementia, which is already the 6th leading cause of death in the United States[3] and one of the top 10 causes of death not curable by medicine. According to one epidemiological survey of dementia[4], in 2016, 8.09% of the elderly aged over 65 had dementia-associated diseases in Taiwan. If patients under 65 are included, the total number of people with dementia in Taiwan was as high as 238,000. As the number of elderly people increases annually, the number of dementia cases will continue to grow rapidly. The Taiwanese dementia population is expected to reach 470,000 by 2030, and 860,000 by 2050.

Dementia often causes a slow decline in memory, thinking, and reasoning skills. Some people may experience changes in their ability to develop and follow a plan or work with numbers. Some individuals struggle with vocabulary, lack of orientation, withdrawal from work or activities, decreased drawing competence, decreased or poor judgment, etc. [5]. In addition to cognitive impairment, dementia often co-occurs with non-cognitive symptoms. The International Psychogeriatric Association[6] identified many behavioral and psychological symptoms associated with dementia: which include agitation, aberrant motor behavior, anxiety, elation, irritability, depression, apathy, disinhibition, delusions, hallucinations, and sleep or appetite changes[7].

In 2016, the WHO announced the 2017-2025 Global Action Plan on the Public Health Response to Dementia[2], which aims to improve the lives of people with dementia, their caregivers, and their families while decreasing the impact of dementia on communities and countries. It provides a set of actions to achieve the vision of a world in which dementia is prevented and people with dementia and their caregivers receive the care and support they need to live with meaning and dignity. Areas for action include increasing prioritization and awareness of dementia; reducing the risk of dementia; developing earlier diagnosis, treatment, and care for the patient; support for dementia-patient caregivers; strengthening health information systems for dementia; as well as increased research and innovation. The Ministry of Health and Welfare in Taiwan[8], proposed a new version of the National Dementia Prevention Policy. It plans to complete 63 dementia care centers and 368 community service centers by 2020. In addition, it will build a diversified mental health care model with 1,000 accommodations for those with dementia and strengthen local government support for those with dementia and their caregivers.

Stage of Change on Health Behavior

There are five distinct stages: (1) precontemplation, (2) contemplation, (3) preparation, (4) action, and (5) maintenance of change. To progress through the stages of change, people apply cognitive, affective, and evaluative processes. Ten processes of change have been identified, as shown in Figure 1. These processes result in strategies that help people make and maintain behavioral change.

The model was originally derived from studies conducted to compare smokers who successfully stopped smoking on their own with those involved in treatment programs. The stage-matched interventions also have successfully promoted a variety of health-promotion and protection behaviours such as exercising[14], condom use[15], maintaining appropriate dietary fiber and fat intake[16], and reducing excessive alcohol consumption[17].

The MMSE was developed by Folstein et al.[18] in 1975. The items include orientation, attention, memory, language, oral comprehension, behavioral ability, and constructive ability. The assessment process was time-free with a full score of 30 points. A score below 24 indicates mild cognitive impairment, and a score below 16 indicates severe cognitive impairment. Fratiglioni et al.[19] presented data showing that people with lower levels of education had lower scores on the MMSE, justifying the use of different cutoffs adjusted for schooling years. By applying this method, these authors achieved no diagnostic mistakes when assessing dementia cases. However, there are no standard cutoffs for the MMSE with regard to education since different studies suggested different cutoffs[20-25].

This study aimed to explore factors affecting lifestyles preventing dementia among an agricultural population. It was a cross-sectional study through a community survey to estimate risk and modifiable lifestyle factors for dementia prevention. The inclusion criteria for recruiting participants were age over 50 years, no serious vision problem, and no hearing-impairment. The study participants were conveniently sampled from five community activity centers and one primary health clinic between April to July 2018. The sample size was estimated based on a normal approximation to the binomial calculation. The expected positive result, in terms of sample size, was 97 subjects.

The research tools used were the MMSE and a self-developed questionnaire on dementia- prevention behaviours based on the theory of behavioral change. The questionnaire content included demographic information; health behavior variables of cognitive learning behavior, regular exercise, Mediterranean diet, social interaction, and lack of non-productive stress; as well as MMSE measurements.

The cognitive learning behaviours included taking classes, reading books and newspapers, playing mahjong, playing chess, writing calligraphy, gardening (planting vegetables), cooking, sewing, planning tourist trips, visiting museums, listening to concerts, etc. These activities were suggested in accordance with the instructions of National Dementia Prevention Policy in Taiwan[8]. The criteria for coding dichotomous data was the frequency (in terms of at least once a week) with regard to engagement in the above-mentioned activities.

According to the estimates, reported in Table 1, there were 116 participants in the study; 4 were excluded because of incomplete data, and there were 112 effective specimens: 45 men (40.18%) and 67 women (59.82%). For age distribution, 50-69-year-old participants accounted for about one fourth, and those aged 70 or above accounted for about three fourths. Education could be divided into three classes: no education, elementary school, and junior high school; 27.68% were uneducated. Most had elementary school education (40.18%) compared to 32.16% with a junior high school education.

For body mass index (BMI), 6 participants (5.36%) belonged to the underweight level (BMI<18.5), 48 (42.86%) were in the ideal range (18.5~24), and over half (51.79%) indicated an overweight problem. Based on the standard patients' cognitive mental status scores[18], 21 (19%) participants had Severe Cognitive Impairment (MMSE 0-17 points), 25 (22%) had Mild Cognitive Impairment (MMSE 18-23 points), and 66 (59%) had normal status (MMSE 24-30 points). The illness and health lifestyle estimates included hypertension, diabetes, degenerative joint diseases, heart disease, head trauma, smoking behavior, etc. The results showed that the prevalence rates of hypertension and diabetes were very high, reaching 43.75% and 28.75%, respectively. Twenty-one individuals reported head trauma, such as falling down, falling from trees, injury from farming, and car accidents. Fifteen (13.39%) had degenerative joint disease, and 10 had consumed tobacco in their life-time. In addition, 59 (52.69%) individuals participated in a short-term Multiple Dementia Prevention program, and 15 (13.39%) joined a dance club.

Health Status: The study pointed out some health variables, such as BMI, hypertension, and arthritis, which have become barriers that cause rural populations to hesitate when it comes to engaging in protective behaviours for dementia prevention. The study subjects, who suffered from high blood pressure, obesity, and degenerative joint disease, were most unwilling to participate in activities that enhanced brain health in the agriculturally dominant community. Degenerative joint disease limited individuals' ability to engage in some activities. Although, these individuals did not engage in much protective behaviours, the health care system might provide more empowerment environment to increase their awareness with regard to preventing dementia.

Aging and Low Education Experience: Using the MMSE tool, 18.75% of the study subjects were estimated to have Severe Cognitive Impairment status in this rural area. 74.11% of the study targets were aged 70 years and above; in additions, 67.86% of them were low education experience or none-literature. In this agriculture area, the populations are particularly high risk for developing the illness of dementia depending on the demographic factors of age and education. As aging population growing up speedily, it is important to prevent the dementia disease effectively for elderly with low educational experience.

This study used “behavioral change theory” to investigate the modifiable health behaviours associated with dementia prevention that community members are currently adopting. It was found that up to 83%-93% of participants tended to use helmets during transit, engage in physical activity, and maintain social interaction lifestyles. However, 16.07% to 18.75% of individuals were still undergoing to the Pre-contemplation stage of the study, which targeted the acquisition of a Mediterranean diet, stress relief, and cognitive learning activities. People in the agricultural area tended to prefer strong tastes and were less willing to follow a light diet.

In addition, nearly 20% of the elderly did not adopt stress relief methods to avoid stress. Rural populations did not value stress relief methods such as exercise, positive thinking, talking with friends, traveling, and gardening. Kivipelto and Solomon's[26] research showed that depression and dementia are related. Therefore, ways to avoid depressive moods and the concept of early treatment when depression occurs should be promoted further.

In the present study, the social activity participation factor was assigned a lot of importance when it was associated with engagement in protective behaviours for dementia prevention. Some researchers, such as Deckers et al.[9], discussed the limitations of community health promotion programs with regard to Dementia. Most of the programs were usually implemented for short-term periods (3 months). The participants lacked support in terms of their progress, actions carried out, and maintaining stages of behavioral change. However, how can we enhance the rural populations’ participation in social activities to receive social network supports and well partnerships? In this present study, some individuals (13.39%) organized a dancing club; they practiced once weekly and held a competition annually. Regularly engaging in a healthy activity to promote social activity participation might be an effective strategy for preventing dementia[27-29].

The present study determined the factors that influenced engagement in cognitive learning behaviours in order to prevent dementia. The present study suggests that decreasing barriers by controlling of illnesses and health problems as well as building protective behaviours, including following a healthy diet, engaging in stress relief, and expanding social activity participation, can prove beneficial for dementia prevention. Primary health centers can provide more health information to increase awareness with regard to dementia prevention. This study’s results could thus be a reference for dementia prevention in agricultural communities.