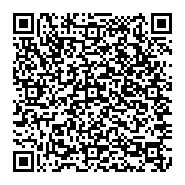 Background: The goal of Georgia Regents University’s Annual Costa Layman Health Fair is to provide meaningful supervised community outreach training opportunities for student nurses, allied health and dental students to engage a workforce of predominantly Hispanic farmworkers in health care awareness, and health promotion/disease prevention.
Aim: This study sought to identify the health screening results and Obstructive Sleep Apnea (OSA) prevalence among approximately 400 farmworkers found during health screenings at a large commercial horticultural farm in the southeastern USA.
Method: This is a five year retrospective analysis of the annual student nurse’s recordings/power point presentations of screening results at worksite health fairs in which a customized health screening tool, the Stop-Bang Questionnaire, and the standard pulmonary function test graphics were utilized to identify the health issues and referral rates of farm-workers. Using standard methods based on binomial distributions, true referral rates were constructed at the 95% confidence intervals.
Findings: An aggregate of approximately 1200 total health screenings were performed. The percentage of employees recommended for referral care was highest for hypertension, elevated glucose, elevated lipids, and dental care. Sleep apnea rates were surprisingly low.
Conclusion: Valuable information and a better appreciation for the farmworker’s health were gained by students. Increased awareness of health risks, improved ability to navigate the USA healthcare delivery system, and exposure to concepts of health promotion/prevention among the farmworkers was realized.

With current estimates of 50 million Hispanics and a projected rising population explosion to 119 million by 2060 – the Hispanic population will be the third fastest growing population in the USA As such, the burden and cost of untreated chronic illnesses requiring publically funded health services is certain to increase expenditures for federal and state healthcare budgets [1,2]. Strategically planned Community Outreach Programs that focus on prevention, regular monitoring, and educational initiatives are key in promotion of improved core quality of living healthcare measures outlined in the 2012 National Health Disparities Report of 2013 [3]. According to the United States Office of Planning Research and Evaluation’s National Agriculture Workers Survey, (OPRE # 2012-13), Hispanic farm-workers are often unfamiliar with their healthcare needs and options [4]. Influencing factors include not being born in the USA, having multiple jobs (which limits the potential for employee paid health insurance), language differences and a lack of formal education. The majority of Hispanic farm-workers were born outside the USA and Puerto Rico. Many, (97.81%), were born in Mexico, while 2% were natives of Central America; 0.1% from South America; and 0.09% from the Caribbean. The average foreign-born Hispanic has been in the USA about twelve years and those earning the highest incomes have been in the USA for an average of 15 years. Hispanic farm workers report at least one job while 33% report multiple employers – many of which have no health care benefits. Additionally, the majorities do not speak (48%) or read (60%) English. Spanish is their preferred form of communication. Most Hispanic workers have six years or less of education and only 9% have completed high school.

The NAWS (2012) reported barriers to health care that include prohibitive costs, and a lack of awareness of benefits and services [4]. Fifty percent of adult farm-workers are covered by Medicaid, while 94% of their children’s health care is government funded. Of those with insurance, about 50% are provided through their employer. Workers compensation insurance or employer paid health care for job related injuries or sickness is commonly provided by employers, but 25-30% of the workers were not aware of this benefit, and may not be aware of locations to receive health services (4%). The most frequent reported health problems are hypertension (6%), and asthma (4%). Very little is known regarding sleep apnea in the Hispanic population. According to the Wisconsin Sleep Cohort Study, 17% of the general population, (24% of men and 9% of women) experience sleep apnea [5,6].

Latest research reports that Hispanics receive lower quality care, worse outcomes and higher chronic illness rates, which are attributed to a lack of health insurance coverage/access, differences in insurance coverage among Latina subgroups, and varied experiences in accessing preventive health services Of note, childhood obesity rates among Latinas are the highest in the country (39%) and the incidence of type 2 diabetes among obese Hispanic children is 50% [7-9]. The risk of pregnancy associated complications/death is twice the rate of Caucasians rates for HIV/AIDS are three times higher than Caucasians breast cancer is the leading cause of cancer deaths among Hispanic women a 20% higher incidence than among Caucasians and tuberculosis reported cases (29%) exceeds all racial/ethnic groups With improvements in USA healthcare disparities since passage of the 2010 Accountable Care Act, it is the Hispanics that have the least gains of all ethnic groups and continue to face high unemployment rates, least levels of education attainment, and lowest college completion rates [7,10-14]. Going forward, it is important to remember that health care is now more than ever available for Hispanics through Medicaid, the Children’s Health Insurance Program (CHIP), or low-cost state and federal market place premiums, with millions taking advantage of this opportunity. Those with private insurance are eligible for no-cost preventive care services (no deductible, co-pay, or co-insurance requirements) to include blood pressure, cholesterol, colorectal, Type 2 DM tests, nutrition counseling, immunization vaccines, and obesity screenings. Additionally, improved health care quality and treatment of chronic illnesses common in the Hispanic community, is mandated with no annual or lifetime limits, eliminating fears of insurance companies stopping coverage for medical expenses. Even so, estimates indicate that one in four (25%) of all Hispanics remain uninsured [15].

Within this context, health issues and barriers negatively impacting Hispanic farm-workers are important to identify, ameliorate and understand.

A five year series of multi-professional faculty-directed worksite health fairs led and coordinated by graduate nursing students as an annual outreach program were offered to farm workers, allowing workers convenient access to a variety of health screening booths. Basic health screenings were performed and individuals with abnormal results were referred to a physician. With each successive year, additional volunteer screenings services were added.

Assigned faculty and students at each screening booth were required to perform screening services, record results as normal or abnormal, note yes or no if a follow-up referral was made, collect and document aggregate tally results from each screening booth, and present the overall findings to their classmates as a community project report.

Descriptive analyses of aggregate data from the dichotomous health screening tool and the as described in the nursing students' “Executive Reports” and “Project PowerPoint Presentations” of farm-workers employed during 2008- 2012 were used to determine the health issues and sleep apnea prevalence of these farm-workers.

Instrument #3: The STOP- BANG Questionnaire was used for scoring risk of Obstructive Sleep Apnea (OSA). The acronym describes the assessment of Snoring, Tiredness, Observed apnea, blood Pressure, Body mass index>35 kg/m2, Age ≥ 50, Neck circumference greater than 40, and Gender. Up to one point may be scored in each category with a total score of ≤ 2 being no risk, ≥ 3 at risk, and ≥ 7 at risk for severe OSA.

Year One: 210 farm workers were screened (82.4% of the total workforce of the horticulture farm). Blood pressure, visual acuity, fasting lipids and blood glucose screenings, as well as PFT's, screenings were performed. Sixty-five referrals (30%) were made for further evaluation and treatment of abnormal blood pressure findings (>140/90). Also, 55 out of 197 (28%) of the workers were referred to ophthalmology for visual acuity deficits (>20/40). Data for PFT referrals were not available. Year Two: In addition to the basic health screenings, dermatology and HIV screenings were added options for workers. Daily sun exposure of farmworkers and the increased risk for skin cancer and was an identified screening need for this population. In addition, by 2010, a growing concern of HIV as the sixth leading cause of death among Hispanics (age 25-34) in the USA prompted the addition of oral swab HIV screenings (CDC, November 2013). Of 226 employees who participated in this health fair, 257 had serum laboratory screening reports (fasting lipid and blood glucose levels - drawn one week prior at the local hospital), and lab report discussions the day of the health fair. Screenings detected a significant number (45 out of 210, or 21%) of workers with blood pressure readings greater than 140/90. In addition, fasting serum glucose, as well as lipid panels, outside the normal ranges (Blood glucose>110 fasting or >150 non-fasting) and Total Cholesterol>200, Triglycerides>150, HDL<40 (men) or <50 (female), and LDL>100), were identified and appropriate primary care referrals were made. Of 257 participants, 105 (41%) were referred for abnormal laboratory screening results. Year Three: Along with the basic health screenings, oral examinations were added in response to the perceived need and employees’ lack of access to dental services. Total farmworker attendance was 229. Dental screenings (136 out of 201 participants, (68%), and lipid screenings (56 out of 140 participants, (40%) required the greatest number of referrals for care. Visible caries, severe gum disease, abscesses, broken teeth, and/or dental pain were issues identified during oral examinations. Brief explanations, as well as toothbrushes, toothpaste, dental floss, and bilingual education materials, were provided. Year Four: A total of 264 employees, an increase of 15.3% over the previous year, attended the health fair. This increase reflects a large growth in business operations and the addition of a third farm. Screenings for sleep apnea was added, and revealed the need for referral of only 2% of the population – all of which were women. However, as in the previous year, routine dental screenings yielded a remarkable number of abnormalities in which dental referrals were recommended (182 of 209 participants, (87%). In addition, a striking number of participants, (115 out of 243, (47%) had elevated blood glucose levels (>100 fasting or >150 non-fasting), for which a referral to a primary care provider was made. These alarming results were not seen in previous years and were worrisome as a potential signal of decline in the health status of the farm-workers in general Year Five: Another increase in total participation occurred, with a total of 279 employees attending the health fair. Again, dental screenings resulted in a high referral rate (199 out of 221 participants, (90%). In addition, 94 out of 241 participants (39%) were referred for abnormal visual acuity (>20/40).

Approximately 1200 total health screenings for these Hispanic farm-workers were performed between 2008 and 2012. Overall, the percentage of employees recommended for referral care was highest for dental care, hypertension, elevated glucose, and elevated lipids. The least number of referrals were made for abnormal visual acuity. While these referral rates provide an indication of this farm-worker’s health status, there are variations in the percentage of referrals among the years which cannot be explained without additional information about other factors associated with the workers, their work environment, the level of nursing student training, etc. Aggregated data was collected from a five year period of health fairs with no identifiers. Additionally, there is no way to know if the same workers were screened year after year, or if the workers were new employees and screened for the first time; nor if improved or worsened screenings results were associated with referrals or any other interventions. The dental screenings among this population appear to be a major health issue with a referral rate of 68% in 2010, climbing to 98% in 2012. Again, it is not known if student assessment skills were stronger in 2012, or if there was an increase in the prevalence of dental disease among this population. Sleep Apnea referral rates (2%) were very low for the screenings performed during 2011 and 2012. Interestingly, the workers referred were all women (n=5). Consistent with the NAWS (2012) report, hypertension appeared to be common among the Hispanic agricultural workers included in this study [4]. Institutional Review Board approval was obtained. There were no identified conflicts of interest with this study.

Work-site health fairs can be an effective and beneficial tool for addressing the learning needs of nursing students and the health needs of Hispanic farm-workers. Much health information was gained in working directly with the farm-workers to better appreciate their plight, increase their personal awareness of health issues, improve their ability to navigate the USA healthcare delivery system, and support the concepts of health promotion and prevention among this underserved population. Future work is needed to standardize and validate the “Health Fair Screening Form” tool and offer consistent screenings yearly, thereby validating the assessment of health issues among farm-workers in southeastern Georgia. Additional demographic, environmental and student training factors would add greater dimension to the study of this population.