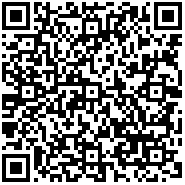 Recently, an original article titled “Extracellular ATP promotes breast cancer invasion and epithelial-mesenchymal transition via hypoxia-inducible factor 2α signaling” was published in Cancer Science [1]. In this article, we firstly demonstrated that extracellular ATP could up-regulate both HIF-1/2α and HIF signaling related genes even under normoxia conditions. Further, using transwell invasion assay, we demonstrated that it was HIF-2α that mediated ATP-driven invasion. In addition, we illustrated that ATP could regulate HIF-2α via P2Y2-AKT-PGK1 pathway, provoking HIF-2α target genes, through which LOXL2 and MMP-9 mediated ATP-driven invasion, and E-cadherin and Snail mediated ATP‐induced epithelial‐mesenchymal transition (EMT). We also demonstrated the function of HIF-2α in promoting tumor growth and metastasis via xenograft model. Moreover, molecules involved in ATP-HIF signaling were associated with clinical breast cancer progression, indicating that the ATP-HIF signaling might be a potential target for breast cancer therapy (Figure 1).

ATP is the most common energy molecule in human cells, mediating various biological functions [2]. Extracellular ATP is negligible in healthy tissues [3,4] while accumulating at high levels in tumor sites [5,6] and possibly reaching hundreds of μmol/L in tumor microenvironment (TME) [4,5]. Extracellular ATP in tumor microenvironment is mainly released from dead tumor cells [6,7]. As early as 2008, using plasma membrane luciferase, Pellegatti et al. reported that the concentration of ATP in the tumour interstitium is in the hundreds micromolar range, or even possibly higher, as the signal saturated above 700 μM ATP [8]. In addition, using the pmeLUC probe, Virgilio et al. unequivocally demonstrated that at sites of tissue damage, inflammation,TME and tumor metastases, extracellular ATP could be as high as hundreds micromolar as well [7]. In recent years, all techniques used measuring the concentration of extracellular ATP had provided the same answer: ATP level in healthy tissues is very low whereas in stimulated or diseased tissues it could reach hundreds μmol/L, making a great impact on tumor biology [9,10].

Although the mechanism of extracellular ATP in promoting tumor invasion has already been studied, however, there are still multiple genes or signalings involved, which need further investigation.

Hypoxia‐inducible factor 2α (HIF‐2α) is a member of a basic‐helix‐loop‐helix/PAS domain containing transcription factors, showing a high homology to hypoxia‐inducible factor 1α (HIF‐1α) [20]. It is well established that HIF-1α primarily mediates fast (acute) response and HIF-2α mediates late (chronic) response to hypoxia [21]. Both HIF‐1α and HIF‐2α could transactivate genes in response to hypoxia stress and mediate tumor invasion process through activating different target genes [22,23]. The function of HIF‐1α had been well-characterized previously whereas no exclusive HIF-2α signalings had yet been identified, and the remarkably impact of HIF‐2α in tumor is growing a relatively new topic in recent years [21]. In addition, evidence showed that the level of O2 could determine partner proteins and target genes of HIFs [24], indicating the regulation of HIF-2α signaling could even vary under hypoxia and normoxic conditions. Based on our previous results, KEGG pathway analysis showed that HIF-2α signaling was enriched in ATP treatment without hypoxia. And the regulation of HIF-2α signaling in normoxic conditions is less clear, which needs further exploration as well.

Writing in this paper, Yang et al. firstly demonstrated that extracellular ATP could stimulate HIF signaling under normoxic conditions [1]. Using cDNA microarray, we found that HIF2A and other target genes involved in HIF signaling could be regulated

in 24 hr ATP treatment. In fact, it is worth noting that HIF-1α is transiently stabilized and primarily mediates acute responses, whereas HIF-2α is gradually accumulated and governs prolonged gene activation [21]. We hypothesized that HIF-1α might be up-regulated via extracellular ATP in some indicated time points as well, perhaps earlier than 24 hr ATP treatment. Indeed, we proved that extracellular ATP could activate both HIF-1α and HIF-2α signaling at different time points under normoxic conditions, providing important clues that there is a new link between ATP signaling and HIF signaling without hypoxic stress.

In fact, the HIFs are frequently coexpressed in tumor [25], thereby raising the question that what their specific roles in ATP- mediated tumor invasion and metastasis. The answer lies not only in which genes are transcribed by HIF-1α or HIF-2α, but in the conditions under which HIF-1α and HIF-2α are stabilized, transcriptionally active, and subsequently utilized by hypoxia-regulated genes [21,26]. Another novel finding in our research was that although both HIF-1α and HIF-2α were in response to ATP treatment, we firstly demonstrated it were HIF-2α and its targets genes that mediated ATP- driven EMT and invasion function. It is worth noting that evidence suggested that the invasive and metastatic activities in vivo are complex processes, including the loss of cell-cell adhesion in primary tumor, migration, invasion and implantation to form the secondary tumor[27]. Therefore besides transwell invasion assay, we also investigated EMT process, both of which provided solid proofs that HIF-2α functioned in ATP- driven tumor invasion.

In this paper, using sliver staining and mass spectrometry, we identified PGK1 protein could interact with HIF-2α under normoxic conditions. Further, we demonstrated that PGK1 could regulate HIF-2α as well, which was interesting, as PGK1 has been shown to be a HIF-1α-target gene in many cells [28,29]. And we proved that it was AKT signaling, not HIF-1α, that mediated PGK1- HIF-2α in ATP treatment. In fact, there was research of our team had already revealed the involvement of AKT signaling in bFGF‐driven HIF‐1α activation under normoxic conditions as early as 2005 [30]. Here we want to explain the results that because HIF‐1α and HIF‐2α have 48% amino acid identity and similar protein structures, hence they could display both unique and overlapping patterns in molecular signaling pathways [31]. In summary, both work of our team had provided important guidance for the mechanism involved in HIF signaling, paving the way for clarifying the regulation of HIFs under normoxic conditions, the field not well-studied now.

HIFs had been directly or indirectly linked to the regulation of most investigated hypoxia-induced genes. Previous research worlwide had validated HIF-2α-regulated genes at some different O2 series. For example, Holmquist-Mengelbier et al. proved that SERPINB9 could function as a HIF-2α target gene at 5% oxygen, which was associated with metastatic melanoma and predicted poor prognosis in anaplastic large cell lymphoma [21]. Besides, there were also multiple genes that functioned as target genes of HIFs as hypoxia responsive, such as DEC1/BHLHB2, NDRG1, STC1, VEGF and TRIO [32-34]. However, few studies addressed the HIFs at near-physiological oxygen tensions.

In this paper [1], we foucused on the ATP- driven process and demonstrated the directly binding of HIF-2α to the promoter of invasion- associated genes LOXL2 and MMP‐9 and EMT- associated genes E‐cadherin and Snail, directly and unequivocally showed that HIF-2α was highly involved in regulation of ATP- driven process at physiological oxygen tensions. Indeed, both HIF-2α and its tagets genes we found were associated with clinical breast cancer progression, suggesting the signaling of ATP- HIF-2α- target genes in our reseach might provide vital targets for clincial breast cancer therapy in the near furture.`

The limitation of our research was that we had not investigated the detailed mechanism how P2Y2 receptor mediated ATP- HIF-2α signaling. In fact, there are several P2 receptors could mediate extracellular ATP-driven invasion, such as P2X7 [17]. And how could P2Y2 receptor regulate the downstream HIF signaling and whether there were other receptors involved in the process were unclear, which still need additional experiments to explore this ATP-P2 receptor-HIF signaling. Here we consider the most important novelty in our article is the discovery of ATP-HIF signaling and we will continue to investigate the P2 receptors involved in the near future.

Despite the limitations in this research, we had made a breakthrough in extracellular ATP- driven invasion process.

In summary, we are the first to demonstrate the link between extracellular ATP and HIF signaling under normoxic conditions while illustrating the mechanism involved, including HIF-2α interacted protein and target genes. And mechanism in this paper will undoubtedly enhance the understanding of HIF signaling, and the targets in ATP- HIF-2α axis will shed a light on clinical breast cancer therapy.

The authors declare that they have no competing interest.

This work was supported by grants to Xin-Xia Tian and Wei-Gang Fang from the National Natural Science Foundation of China (Nos. 81872382 and 81621063).