A Brief Note on Electrolytic Cell 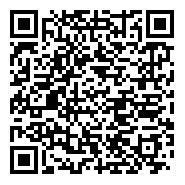 Electrolysis is used to break down water into hydrogen and oxygen, as well as bauxite into aluminium and other compounds. An electrolytic cell is used to electroplate copper, silver, nickel, or chromium. Electrolysis is a process that employs the utilisation of a Direct Electric Current (DC).

There are three pieces to an electrolytic cell: an electrolyte and two electrodes (a cathode and an anode). The electrolyte is typically a dissolved ion solution in water or other solvents. Electrolytes include molten salts like sodium chloride.

The ions in the electrolyte are attracted to an electrode with the opposite charge when an external voltage is supplied to the electrodes, allowing charge-transferring (also known as faradaic or redox) events to occur. An electrolytic cell can only breakdown a typically stable or inert chemical substance in solution with an external electrical potential (i.e. voltage) of the correct polarity and adequate magnitude. The electrical energy can cause a chemical reaction that would not happen naturally otherwise.

A galvanic cell, also known as a voltaic cell, is an electrochemical cell that derives electrical energy through spontaneous redox processes within the cell. It is named after Luigi Galvani or Alessandro Volta, respectively. It usually consists of a salt bridge connecting two distinct metals, or individual half-cells separated by a porous membrane.

The voltaic pile, the first electrical battery, was invented by Volta. The term "battery" has come to refer to a single galvanic cell, whereas a battery is actually made up of several cells. A primary cell is a galvanic battery that is meant to be used once and then discarded, as opposed to a secondary cell (rechargeable battery) that may be recharged and reused using electricity. The electrochemical reaction in the cell is generally irreversible, making the cell unrechargeable.

Chemical reactions in the battery deplete the chemicals that generate power when a primary cell is used; once these chemicals are depleted, the battery ceases to produce electricity and becomes worthless. In a secondary cell, on the other hand, the reaction can be reversed by charging it with a current from a battery charger, renewing the chemical reactants. Small household goods such as flashlights and portable radios are powered by primary cells, which are available in a variety of standard sizes.

An electrochemical cell is a device that can either generate or use electrical energy from chemical reactions. Electrochemical cells that generate an electric current are known as voltaic or galvanic cells, whereas electrolytic cells generate chemical reactions, such as electrolysis (a more reliable source is needed). A common example of a galvanic cell is a 1.5 volt cell for consumer use. One or more cells are linked in series, parallel, or series-and-parallel arrangements to form a battery.

An electrolytic cell is an electrochemical cell that drives a non-spontaneous redox reaction with electrical energy. Electrolysis, which comes from the Greek word lysis, which meaning "to break down," is a common method for decomposing chemical molecules.

Batteries are hazardous garbage because they contain poisonous heavy metals and powerful acids or alkalis. They are classified as such by most municipalities, and they must be disposed of separately. A battery's manufacturing energy is around 50 times that of the energy it contains (a better source is required). The primary battery is considered a wasteful, environmentally unfriendly technology because of its large pollutant concentration relative to its little energy content. The secondary battery industry has experienced rapid growth, owing primarily to rising sales of wireless devices and cordless tools that cannot be economically powered by primary batteries and come with integral rechargeable batteries. The secondary battery industry has gradually replaced the primary battery in high-end products.

When the car is running, the alternator recharges the battery.

A fuel cell is an electrochemical device that converts chemical energy from a fuel into electricity via an electrochemical reaction between hydrogen and oxygen or another oxidising agent. Fuel cells differ from batteries in that they require a constant supply of fuel and oxygen (typically from the air) to keep the chemical reaction going, whereas batteries get their chemical energy from chemicals already in the battery. As long as fuel and oxygen are available, fuel cells can create power indefinitely.

In 1838, the first fuel cells were developed. Fuel cells were first used commercially more than a century later in NASA space programmes to power satellites and space capsules. Fuel cells have since been used in a variety of other applications. Commercial, industrial, and residential structures, as well as rural or inaccessible places, use fuel cells for primary and backup power. Forklifts, automobiles, buses, boats, motorbikes, and submarines all use them to power fuel cell vehicles.

A salt bridge (e.g., filter paper soaked in KNO3, NaCl, or another electrolyte) is frequently used to establish ionic contact between two half-cells with different electrolytes without allowing the solutions to mix and cause undesired side reactions. Allowing direct contact (and mixing) between the two half-cells, as in basic electrolysis of water, is an alternative to using a salt bridge.