A Brief Note on Lung Disease 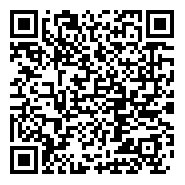 Respiratory illnesses, often known as lung diseases, are medical conditions that affect the organs and tissues of air-breathing animals and make gas exchange problematic. The trachea, bronchi, bronchioles, alveoli, pleurae, pleural cavity, nerves, and muscles of breathing are all included. Respiratory illnesses range from the ordinary cold, influenza, and pharyngitis to lifethreatening conditions such bacterial pneumonia, pulmonary embolism, tuberculosis, acute asthma, lung cancer, and severe acute respiratory syndromes like COVID-19. Respiratory diseases are classified in a variety of ways, including the organ or tissue implicated, the type and pattern of accompanying signs and symptoms, and the disease's source.

Asthma, chronic bronchitis, bronchiectasis, and Chronic Obstructive Pulmonary Disease (COPD) are all airway obstruction illnesses. Because the bronchial tree is constricted due to inflammation, the amount of air that may enter alveoli is limited. Symptoms of obstructive lung disease are frequently discovered and diagnosed with pulmonary function tests such as spirometry. Many obstructive lung illnesses are treated by avoiding triggers (such as dust mites or smoking), using bronchodilators to relieve symptoms, and suppressing inflammation (through corticosteroids) in severe cases. Tobacco smoking is a significant cause of COPD, including emphysema and chronic bronchitis, while severe infections and cystic fibrosis are other common causes of bronchiectasis. Asthma has yet to be definitively identified.

Restrictive lung illnesses, such as respiratory distress syndrome in babies, are characterized by a decrease of lung compliance, resulting in incomplete lung expansion and increased lung stiffness. There are two types of restrictive lung diseases. Those induced by intrinsic causes and those caused by extrinsic factors. Intrinsic causes cause restrictive lung illnesses, such as tissue death due to inflammation or toxins, which occur within the lungs themselves. Extrinsic lung disorders, on the other hand, are caused by conditions that originate outside the lungs, such as neuromuscular dysfunction and irregular chest wall movements.

Chronic Respiratory Diseases (CRDs) are long-term illnesses that affect the lungs' airways and other components. They have strong inflammatory cell recruitment (neutrophil) and/or a destructive infection cycle. Asthma, chronic obstructive pulmonary disease, and acute respiratory distress syndrome are among the most frequent. CRDs are incurable; however, medication that helps dilate major airways and relieve shortness of breath can help control symptoms and enhance quality of life.

One or more of the following tests can be used to study respiratory disorders.

• Tests on the blood

• CT scan of the chest with high-resolution computed tomography

• Microorganisms are cultured from secretions such as sputum.

Around the world, respiratory disease is a prevalent and substantial source of illness and death. Every year, around one billion common colds occur in the United States. According to a study, there were around 6.8 million emergency department visits for respiratory illnesses for patients under the age of 18 in the United States in 2010. Respiratory illnesses were the leading cause of hospitalization among children in 2012. In the United Kingdom, one in every seven people suffers from a chronic lung illness, the most common of which is Chronic Obstructive Pulmonary Disease (COPD), which encompasses asthma, chronic bronchitis, and emphysema. In Canada, respiratory disorders (including lung cancer) account for more than 10% of hospitalizations and more than 16% of deaths.

• Tobacco should be avoided.

• Cancer-causing agents should be avoided or limited.