A Brief Note on Organic Molecules 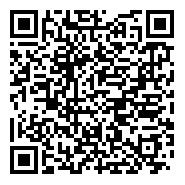 Organic chemistry is a branch of science that studies the structure, properties, and interactions of organic compounds having covalent carbon bonds. By examining their structure, its structural formula can be derived. The study of organic processes includes the chemical synthesis of natural goods, pharmaceuticals, and polymers, as well as laboratory and theoretical research on individual organic molecules.

Hydrocarbons compounds containing solely carbon and hydrogen and compounds based on carbon but also including other elements, such as oxygen, nitrogen, sulphur, phosphorus found in many biochemicals and the halogens, are among the substances studied in organic chemistry. The study of carbon–metal bonding is known as organometallic chemistry.

Furthermore, current research focuses on organic chemistry including various organometallics, particularly the transition metals zinc, copper, palladium, nickel, cobalt, titanium, and chromium, as well as the lanthanides. Organic molecules are the building blocks of all life on Earth and make up the vast majority of chemicals. Carbon's valence of four—formal single, double, and triple bonds, as well as structures with delocalized electrons—allows for a wide range of structural diversity in organic compounds, as well as a wide range of applications. Many commercial items, such as medicines, petrochemicals, and agrichemicals, as well as products derived from them, such as lubricants, solvents, plastics, fuels, and explosives, are made from them. Organometallic chemistry and biochemistry, as well as pharmaceutical chemistry, polymer chemistry, and materials science, are all covered by organic chemistry.

Prior to the 18th century, chemists thought that chemicals derived from living organisms had a vital force that separated them from inorganic molecules. Organic matter was endowed with a "vital force" according to the concept of vitalise (vital force theory). Some of the first systematic studies of organic compounds were reported in the first half of the nineteenth century. Michel Chevreul began researching soaps manufactured from various fats and alkalis in 1816. He isolated the acids that generated the soap when combined with the alkali. He established that it was feasible to perform a chemical alteration in various fats (which generally come from organic sources) and produce new compounds without "vital force" because these were all unique compounds. Friedrich Wohler published his first book in 1828.

While attempting to synthesise quinine in 1856, William Henry Perkin created the organic dye today known as Perkin's mauve by mistake. His discovery sparked a surge in interest in organic chemistry as a result of its commercial success. The concept of chemical structure, discovered independently by Friedrich August Kekulé and Archibald Scott Couper in 1858, was a watershed moment in organic chemistry. Both researchers hypothesised that tetravalent carbon atoms might bind together to form a carbon lattice, and that the intricate patterns of the carbon lattice could be observed. Skillful readings of relevant chemical processes could reveal atomic bonding.

The pharmaceutical industry originated in Germany in the last decade of the nineteenth century, when Bayer began producing acetylsalicylic acid, more widely known as aspirin. By 1910, Paul Ehrlich and his laboratory team had developed arsenic-based arsphenamine as the first effective syphilis treatment, kicking off the medical practise of chemotherapy. The concepts of "magic bullet" medications and systematically developing drug regimens were popularised by Ehrlich. His laboratory made significant contributions to the development of diphtheria antiserum and the standardisation of therapeutic serums.