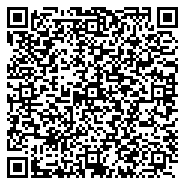 Background: Bleeding and spontaneous rupture of liver nodular mass in cirrhosis is an unprovisional episode, pushing patients into potential of fatal consequence. The definitive cause is still unclear. Objective: Aiming to raise physicians' awareness of adverse effects of herbs and Terlipressin, property of special type of bleeding under liver capsule as well. Methods: Retrospectively described a 53 year old man with unbearable abdominal distention after taking Chinese herbal medicine only 3 days. The rescue of case stirred some controversials about diagnostic and therapeutic aspects due to the unique presentations and the disease's dramatic changes. Results: Bleeding and rupture of nodular regenerative hyperplasia under liver capsule developed abrupt shock and ultimate fatal consequence. Secondary cerebral hemorrhage maybe the root cause of mortality. Conclusion: Some types of herbs, with property of promoting blood/qi circulation, may induce liver nodular mass bleeding and rupture secondary tissue necrosis. Bleeding from liver capsule and nodular carcinomarized transformation should be paid more attention to reduce medical errors.

Hepatic nodules including nodular regenerative hyperplasia and hepatic carcinoma (HC) are treated with Traditional Chinese Medicine (TCM) commonly in China, mainly due to its efficiency of resolving mass. However, the effects on mass may also lead to potential of bleeding and rupture of mass secondary to tissue necrosis, which still remains controversial on therapeutic strategies. Herein, we described the uncommon case of a 53 year old male with gallstones and cirrhotic nodular mass, who suffered from unbearable abdominal distention onset and deadly shock due to bleeding from liver capsule after taking herbs 3 days prior to admission. The patient died of multiple organ system failure (MOSF), but left lessons to be learned and worthy of discussion here.

A 53 year old man with acute abdomen was transferred into emergency room in our hospital. The patient had 20 year history of gallstones, hepatitis B-related cirrhosis. His brother died of hepatitis B-related primary hepatocellular carcinoma (HCC) 3 years ago, but he and his family concealed the family history deliberately in fear of unexpectancy until the patient's general condition went worse. An isolated hepatic nodule with size of nearly 4.0 cm in diameter was revealed by ultrasound examination about 3 months prior to admission, treated with TCM due to discomfort of right upper quadrant abdomen (no TCM detailed data provided by his family members). On physical examination, the patient looked pale and sweaty with low temperature of 35.8°C, blood pressure 106/80 mm Hg, heart rate 105 beats/min. The abdomen was slightly distended with tenderness in right upper quadrant abdomen. The hematocrit was 43.2% (normal range 36~54%), hemoglobin (Hb) 13.5 g/dl (normal range 120∼160 g/L), leukocyte 19.7 × 109) (normal range (3.5~9.5) × 109/L), neurophil 88.3% (normal range 40%∼75%), platelets 961,000 × 106/L (normal range (100-300) × 109/L), the other laboratory tests (total bilirubin, albumin, creatinine, prothrombin time and previous value of alpha fetal protein (AFP), etc.) at initial onset were all within normal limit. Urgent portable ultrasonography revealed gallstones and acute cholecystitis with no free fluid in peritoneum cavity, but missing the diagnosis of cirrhotic mass (regretfully, potable ultrasound device cannot be able to keep the imaging data, so no figures offered). Computed tomography (CT) scan of abdomen showed gallstones companying with acute cholecystitis, low-density focus located at the surface of hepatic segment VI (close to gall bladder) with a little free fluid under hepatic capsule and spleen capsule (Figure 1). Figure 1: CT scan of the abdomen showing a hepatic low-density nodular regenerative hyperplasia located at the surface of hepatic segment VI in adjacent to the gallbladder. A little free fluid just under hepatic capsule.

As a result, surgeons in night-shift duty raised a big question after reading CT images themselves, but the radiologist refused to correct his own judgment. Emergency measures for acute abdomen conducted according to guidance of clinical practice. About two and half an hours later, the patient complained discomfort of unbearable abdominal distension in the right upper quadrant, but he refused to receive further physical examination due to pain. Simultaneously, his general condition became worse presenting as hemodynamic instability. Although surgeons in duty considered the diagnosis of tumor rupture, the patient's family member raised strong question about the susception of HCC due to lack of enough evidence. So, abdominal X-ray examination was performed to exclude other potential of disease. Only a few high-density stones of gall bladder were disclosed (Figure 2). Figure 2: No free gas found except high-density stones in X-ray of abdomen.

Figure 3: The ruptured HCC confirmed by enhanced CT scan of abdomen after shock. There was huge free fluid found in peritoneal cavity.

At that moment, liver function evaluation by Child-Pugh score ascended to C13 while model of end liver disease (MELD) score ascending to 13, so the priority of therapy for patient was transcatheter arterial embolization (TAE) at that time. Unfortunately, his liver and kidney failures emerged despite his consciousness recovered less than 6 h after CPCR. 12 h later after TAE therapy, laparotomy, aiming to better blood-stop and tumor biopsy, was performed by packing dressing installed so as to ntrol declined blood pressure and Hb. Tumor rupture with bleeding was confirmed intraoperative course. Second-look operation was performed in order to remove the packing 3 days later. Unfortunately, the patient died of MOSF and potentential of cerebral hemorrhage 12 days later despite of other remedy therapies applied. HCC was also proved by pathologist. However, the patient's family complained about the inaccurate urgent imaging data as well as their imaging diagnosis, which stirred up controversial whether medical errors existed in rescue course or not. National Comprehensive Cancer Network NCCN), the ruptured HCC in cirrhosis belong to advanced stage. Keeping a clear mind and taking meticulous rescure measures is crucial key to save the patient's life. However, some experts prefer to take excessive actively surgery so as to stop bleeding earlier, by which the vital liver function may be irreversly damaged by repeatedly hit and anesthesia. Computing the patient's life first in any time is strongly recommended rather than precision surgery. Real-time MELD score and Child-Pugh score should be taken into consideration to make reasonable and safe final decision. Theoretically, the ruptured HCC belongs to stage IIIb or IV of AJCC, and the patients with poor liver function in Child-Pugh C will have to face the risk of fatal consequence because of stage D of NCCN.

As we all well known, liver carcinoma in China is closely associated with hepatitis B-related liver cirrhosis. The incidence of spontaneous rupture of tumor or benign mass account for 7~11.2% [1], pushing patients into potential of life-threatening. The mortality rate was up to 32~67% [1]. Child-Pugh score and/or MELD score were recognized as a useful evaluation system to predict the prognosis as well as an indication whether be suitable for surgery or not. The score up, the outcome down. However, the definitive cause for tumor rupture is still unclear despite of various hypotheses including venous hypertension proposed.

TCM is recognized as an effective drug to remove malignant tumor or benign neoplasm by many Chinese. However, sideeffects of herbs should be stressed focus on lessons-learning from this case. In addition, it was not easy to make an accurate diagnosis of tumor rupture at first because the patient's family members concealed some important medical history such as HCC family history deliberately at first. Frankly, the initial unspecific presentations companying with inadequate imaging data as well as elevated leukocyte indeed confused surgeon’s judgement. In authors' opinion, bleeding under liver capsule was recognized as “pseudo rupture” [2], which have no obvious presentations of blood loss due to little fluid accumulated under liver capsule. Only the unburdening abdominal pain was a meaningful “red alert” to predict the upcoming rupture of tumor. Hence, the early diagnosis of HCC in the first 3 h after admission was very difficult to make. It’s impossible to predict the time of HC true rupture because any disease has its own nature course, the protocol of “wait-to-see” shouldn’t be recognized as a medical error, but a wisdom choice if the procedures are in coincidence with guideline of clinical practice.

Of note, there is no direct correlationship between tumor size and severity of hemoperitoneum [3]. According to American Joint Committee on Cancer (AJCC) or

Bleeding and rupture of HCC deeply disrupt the liver function and kidney function. The need for re-evaluating Child-Pugh score at regular interval is essential even if the patient's general condition is stable. For HCC with good liver function (Child-Pugh A-B7), liver resection including tumor or tumor radiofrequency ablation is recommended [3]. Otherwise, on-surgical management including arterial embolization have been confirmed to be more effective and safe in patients with unresectable tumor, worsening functional hepatic reserve or advanced liver disease, etc. [1,4].

There are very interesting facts that the physicians like using Terlipressin to better blood-stop or to improve hepato-renal syndrome [5].But the viewpoints may be wrong unless the stricter indications for Terlipressin application are really in control. Otherwise,it may lead to hypertension, hyponatremia [6], spontaneous visceral ischemia or bleeding [7]. In addition, Terlipressin is not suitable for kidney failure triggered by hypopressure,while Terlipressin should be forbidden according to its instruction and caution notes. Hence, in authors' opinion, Terlipressin is not the top priority compared to its potential risks of fatal consequences.

It's impossible to address the uncertain outcomes of patients with liver cirrhosis. What we need to do is to establish appropriate therapeutic strategies, and if any, to redesign them according to multiple disciplinary team work's suggestion. The nodules in liver cirrhosis are likely transformed to carcinoma, thus, various different imaging examinations including enhanced CT scan of abdomen, liver MRI and contrast enhanced ultrasound are all required [8].

When to perform surgery? According to authors' latest report [2], the key to success is choose a right time and a stricter indication if TAE has been proved to be ineffective.

Some herbs, having property of promoting qi/blood circulation, may induce occult bleeding from nodules or tumor. TAE may be the top priority of liver bleeding in cirrhosis if liver function goes worse. Terlipressin should be in control to avoid potential risk of spontaneous cerebral hemorrhage.

Written informed consent was obtained from the patient's daughter to publish the case report and any companying images data. We also obtained the qualified consent from ethic committee of our organization to report the uncommon case.